Carter fires back at McCain criticisms of Pentagon future-force initiative 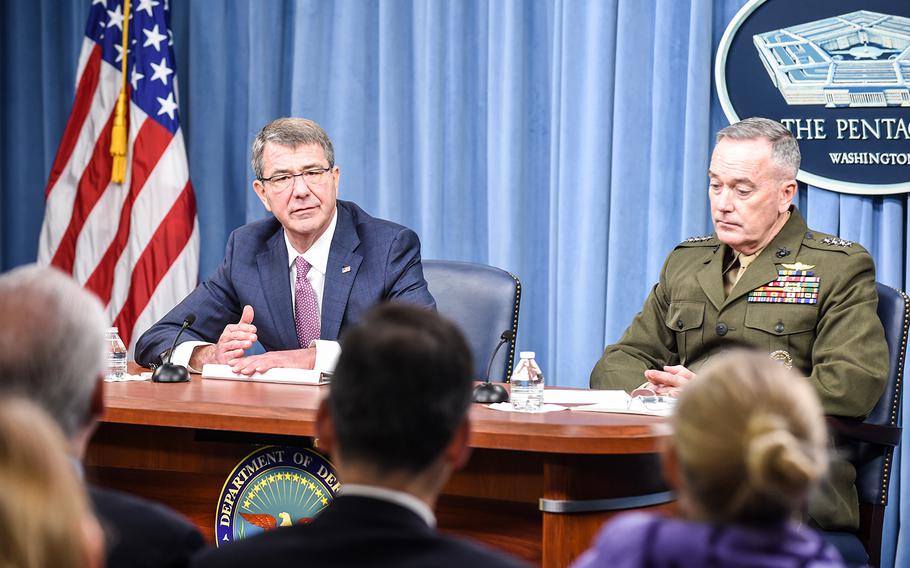 WASHINGTON — Secretary of Defense Ash Carter on Monday defended his focus on personnel reforms during a time of war, contending that improving conditions for servicemembers is necessary to prepare the U.S. military for future conflicts.

Carter’s “Force of the Future” initiative, which includes an overhaul of the military promotions system, the retirement system and a significant extension of family-oriented benefits such as 12 weeks of maternity leave and more career flexibility, came under fire last week by Sen. John McCain, R-Ariz., who called the efforts an “outrageous waste of time” given the budgetary challenges and ongoing wartime operations the military is concurrently handling.

Carter fired back Monday, saying he hopes to be able to help the Senate see the logic of the program reforms when he testifies before them in the next few weeks.

The reforms come at a time when the Army is cutting its forces and each of the services has struggled to afford the training opportunities and depot repairs needed to maintain readiness due to continued combat operations against the Islamic State in Iraq and Syria, and now Afghanistan and Libya. The U.S. military is further straining its resources to address Russia’s aggression against the Ukraine and China’s military buildup of islands in the South China Sea.

Carter said the Defense Department could not wait on the reforms.

Disagreements about the reforms and how they have been introduced has imperiled the nomination of former Rep. Brad Carson, D-Okla., as the DOD’s under secretary for personnel and readiness. Carson has served in the position as an acting secretary since his nomination last April and has been chiefly responsible for moving forward Carter’s reforms plans.