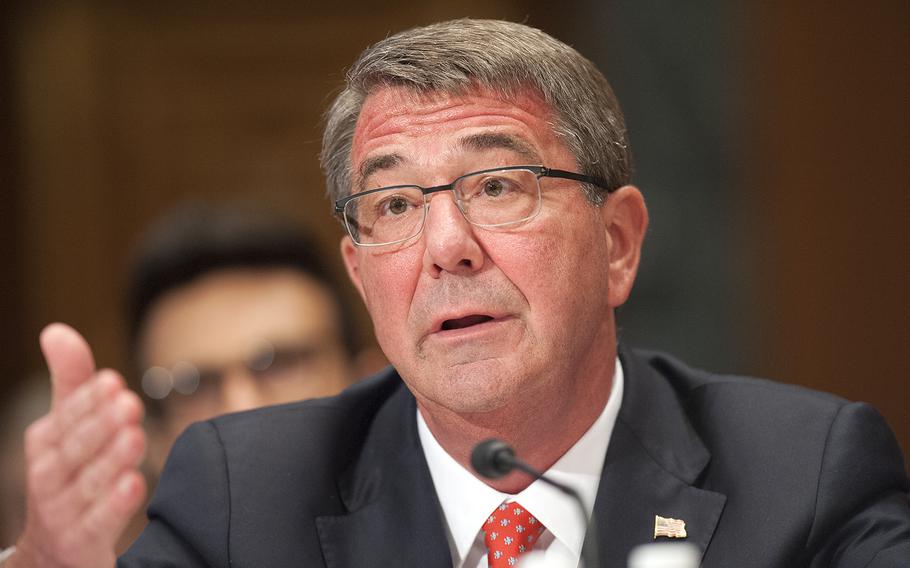 The meeting, similar in format to previous coalition meetings in Brussels and Paris, will be held at EUCOM headquarters in Stuttgart, where Carter is traveling to preside over Tuesday’s change of command.

During the talks, defense ministers are expected to discuss how the military campaign is progressing in Iraq and Syria and identify potential additional capabilities the coalition may need in the future, according to a EUCOM statement.

During the past six months, Carter has emphasized the need for more support in the battle against the group. Of roughly 65 coalition partners, only about 12 besides the United States have contributed to the air campaign against the Islamic State in Syria and Iraq, where the militants controls large chunks of territory.

At the previous meetings in Paris and Brussels, Carter secured a range of pledges for more support in areas such as extending air operations, training and logistics efforts.

This week’s meeting comes as NATO also examines whether it needs to do more in Iraq, particularly in the area of training.

For the U.S.-led coalition, the past year has produced gains on the ground in Iraq, where Islamic State fighters continue to lose territory. The militants, however, remain entrenched in the key Iraqi city of Mosul, which Iraqi security forces are expected to soon attempt to retake with support from Western partners.

The Islamic State also is struggling to replenish its forces, according to U.S. military officials. The number of foreign fighters traveling to Syria and Iraq is down from 2,000 per month a year ago to about 200 per month now, the U.S. military said last week.

Still, the group has proven resilient, both in Iraq and Syria as well as Libya, where the Islamic State is now attempting to establish a stronger foothold. The U.S. and its allies have contemplated a more robust campaign in Libya, but for now there is little indication that the coalition is poised for such an expansion.

Carter’s visit to Stuttgart coincides with a change at the top of EUCOM, where on Tuesday Gen. Curtis M. Scaparrotti will take over for a retiring Gen. Philip Breedlove. Scaparrotti was confirmed by the Senate Thursday to serve as EUCOM boss and NATO’s supreme allied commander in Europe.