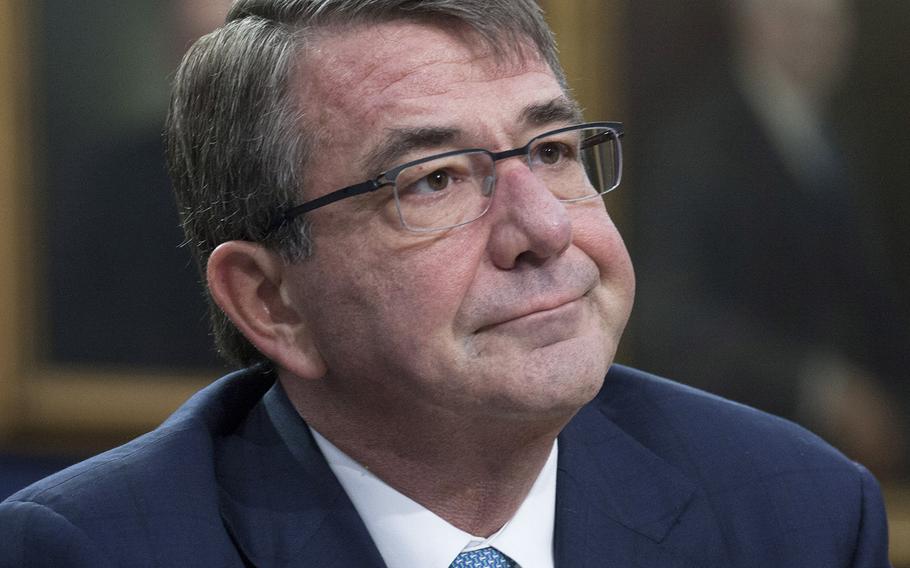 Defense Secretary Ash Carter, at a House hearing in February, 2016. (Stars and Stripes)

WASHINGTON – Secretary of Defense Ash Carter on Tuesday urged Congress to reconsider what he called an “unacceptable” plan to extend the Pentagon’s current funding levels through May, arguing that decision would add risk to ongoing military operations overseas.

It is “unprecedented and unacceptable, especially when we have so many troops operating in harm’s way,” Carter wrote Tuesday in a letter addressed to Senate Majority Leader Mitch McConnell and House Speaker Paul Ryan.

Congress funds all federal agencies on a yearly basis -- from Oct. 1 of one year to Sept. 30 of the next year. However, in the last several years, the House and Senate have failed to reach an agreement on the defense spending before Sept. 30. Instead, lawmakers have passed short-term resolutions to keep funds set at the previous year’s levels for a few months, usually through December, while they worked out a budget agreement.

In the spring, Carter proposed a $582.7 billion defense budget that included a request for an additional $3.4 billion to increase U.S. forces in Europe and more than $7 billion for counter-terrorism operations against the Islamic State group and other terrorist groups. It also included $1.8 billion to purchase 45,000 GPS-guided smart bombs to replenish stocks run down by the air campaigns in Iraq and Syria.

Earlier this month, House and Senate Republican leaders announced they would not pass any funding bills for 2017 until President-elect Donald Trump takes office and can offer input on federal spending. Instead, Congress plans to fund the government at last year’s levels for the first six months of the 2017 fiscal year, essentially ending any influence that President Barack Obama’s White House would have on spending and leaving it for the Trump administration.

Trump has previously signaled that he did not back a large U.S. force in Europe and NATO would need to contribute more. It was not clear yet whether that would impact the additional U.S. forces that are set to rotate to Europe in February as a counter to recent Russian aggression there.