Carrier USS John F. Kennedy to be retired in September 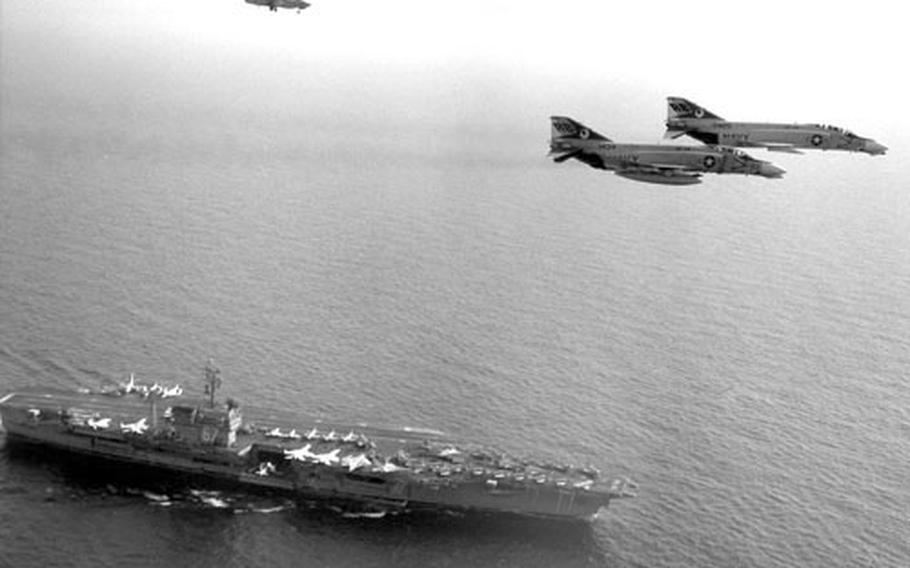 WASHINGTON &#8212; The USS John F. Kennedy will be formally decommissioned Sept. 30, 2007, but will begin the process of shutting down at the end of March, Navy officials announced Friday.

The Kennedy was marked for retirement by the service in early 2005, but that decision wasn&#8217;t approved by Congress until this fall. Its decommissioning leaves the USS Kitty Hawk, currently based in Yokosuka, Japan, as the only nonnuclear carrier left in the naval fleet.

Naval forces began using the carrier in 1968, and jets from the carrier took part in combat missions in Afghanistan during the first months of Operation Enduring Freedom.

The carrier boasts a crew of more than 3,100 sailors, and an air wing of another nearly 2,500 personnel, according to navy records.

But it also takes more than $120 million for annual routine maintenance, and the cost and age of the ship was one of the major factors in naval officials&#8217; push for its retirement.

The move will leave the fleet with only 11 carriers.