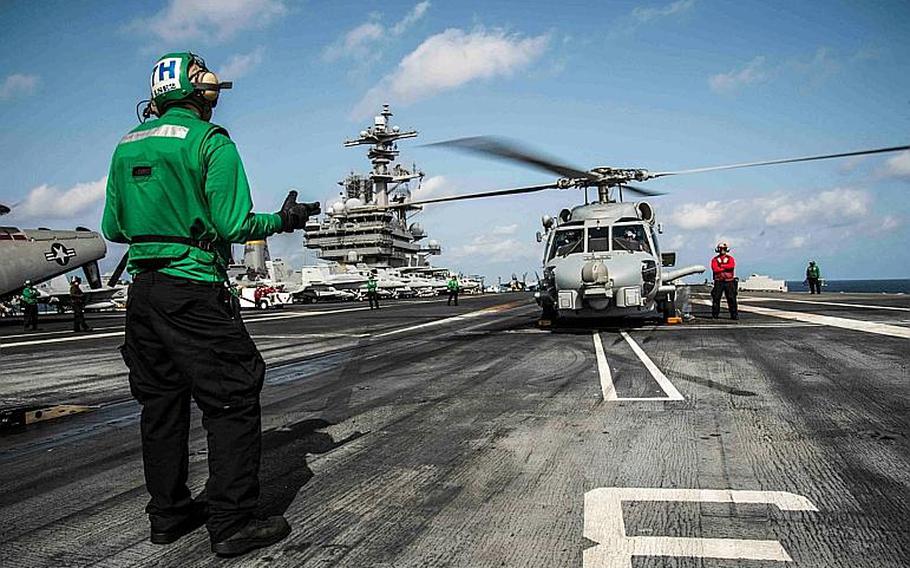 Bahrain is the first Middle East port visit for the more than 5,000 sailors aboard the Norfolk, Va.-based carrier, in its third month of a nine-month deployment to the U.S. 6th Fleet and 5th Fleet areas of responsibility.

“The port visit will give sailors and Marines the opportunity for some much-deserved time off the ship and allow them to experience all that Bahrain has to offer,” said Lt. Joe Hontz, U.S. 5th Fleet spokesman. The crew’s last port visit, in Antalya, Turkey, was over a month ago.

While in Bahrain, the crew will have the opportunity to participate in various Morale, Welfare and Recreation-sponsored events and cultural tours, officials said.

The Bush relieved the USS Harry S. Truman in the Middle East last month, after being delayed several days in the Mediterranean to reassure European allies amid tension over Russia’s annexation of Crimea. The carrier is tasked with supporting maritime security operations in the Middle East.

It is only the second deployment for the Navy’s newest Nimitz-class nuclear-powered aircraft carrier named after the 41st U.S. president — the last of the Nimitz series.

The USS Philippine Sea, part of the Bush carrier strike group, is also in the midst of a port visit in Bahrain.