Carnival season may be over in other places, but Cádiz prolongs the fun 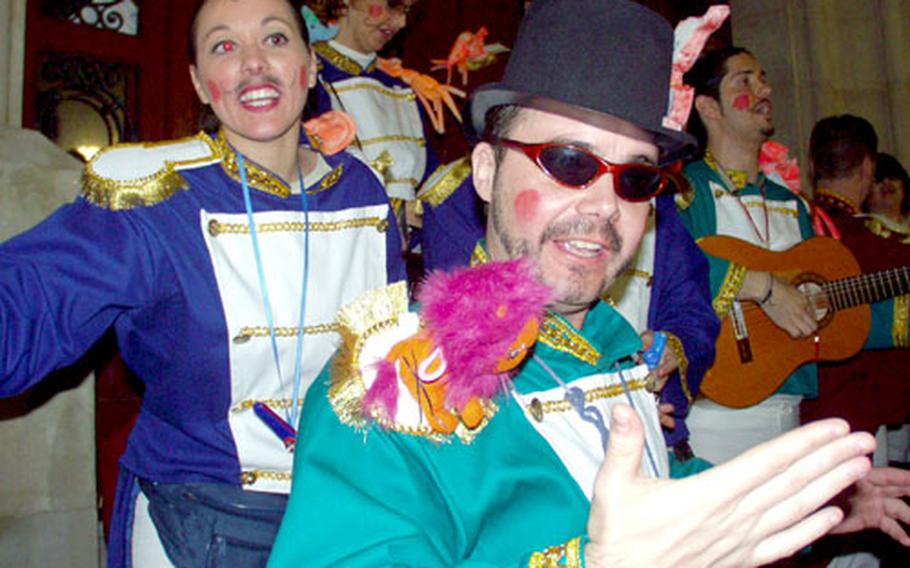 A singing group performs on the streets of Cádiz, Spain, last Sunday during the city&#39;s carnaval celebration. (Scott Schonauer / S&S)

A singing group performs on the streets of Cádiz, Spain, last Sunday during the city&#39;s carnaval celebration. (Scott Schonauer / S&S) 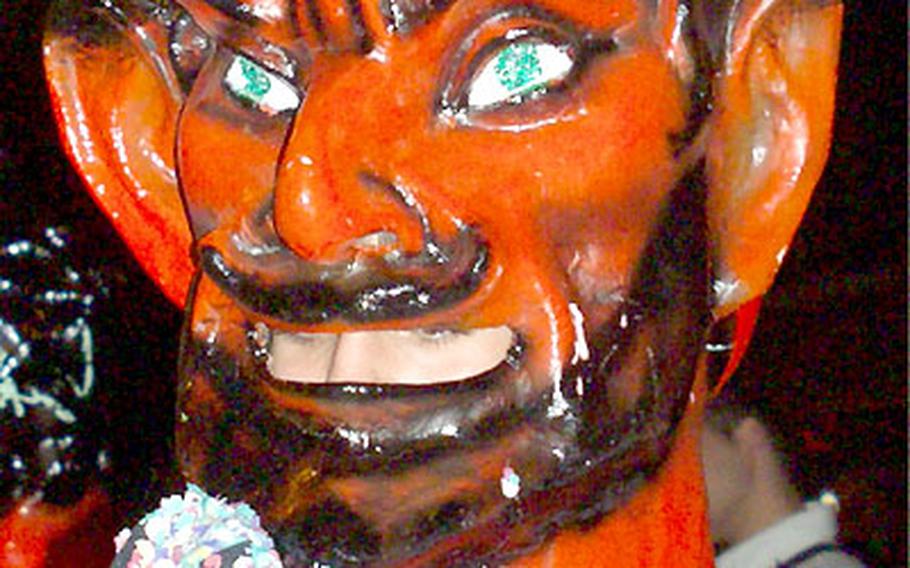 A reveler sports a devil mask during last Sunday’s parade in Cádiz, which hosts the third-largest carnival in the world. (Scott Schonauer / S&S) 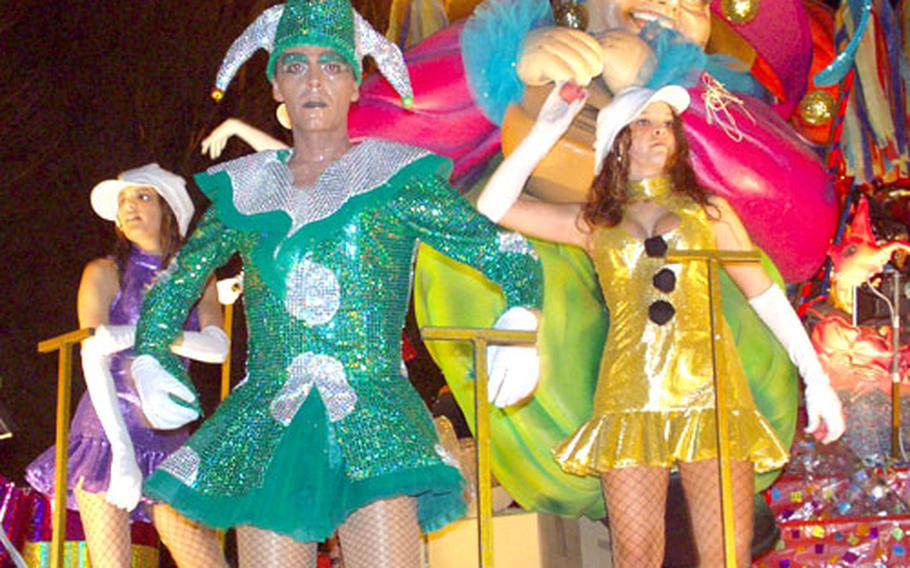 Carnival revelers dance on a float last Sunday in Cádiz, Spain. Carnivals, known as “carnavales” in Spain, are being held in towns throughout Spain until March 9. (Scott Schonauer / S&S) 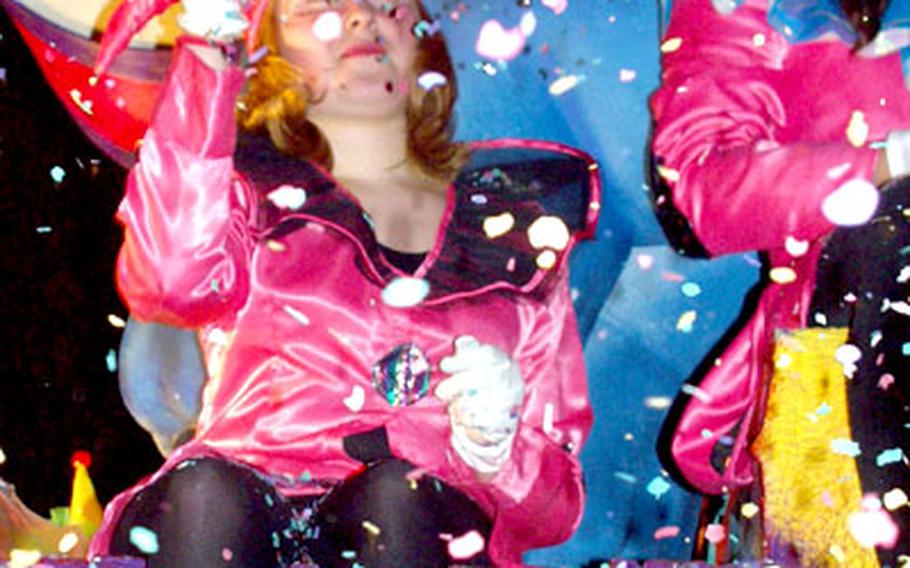 While most carnivals around the world have either ended or are winding down, the party goes on in Spain for the next several days in some towns.

Most celebrations across the overwhelmingly Catholic country do not end until well after Ash Wednesday. Spain, known for its huge number of annual fiestas, is not ashamed to prolong the pre-Lent party.

Tens of thousands filled the streets for the parade in downtown C&#225;diz last Sunday to watch the floats go by and bathe in the shower of confetti. They plan to do it all again this Sunday.

C&#225;diz (pronounced CA-deeth) hosts the country&#8217;s largest carnival celebrations, known as carnavales, and is regarded as one of the biggest in the world. It is a popular attraction for Americans stationed at Naval Station Rota, about 20 miles north of the historic port city.

David Rodriguez, a tour escort for the base&#8217;s Morale, Welfare and Recreation Department, said everyone who goes has a blast. About 120 people from the naval station paid $10 for a bus ride to and from the festival this past weekend.

The carnival in C&#225;diz is unlike other celebrations in Brazil, Germany or France. While the festivities include parades and a carnival queen contest, what sets the city&#8217;s fiesta apart from others is the singing and satirical skits.

Groups dressed in outrageous costumes lampoon celebrities, politicians and public figures in a competition at the Gran Teatro de la Falla. They also put on shows in the streets, drawing crowds near the city&#8217;s old market.

If you speak little Spanish, you probably won&#8217;t understand the lyrics. But take heart. Spaniards who are unfamiliar with current events in C&#225;diz also often find the songs difficult to comprehend.

&#8220;Understanding the lyrics is even hard for the people not from Andalusia,&#8221; said Jose Clemente, a Spanish teacher at the Navy base.

Most Americans go for the parade, the seafood and the parties in the street. This year, the parade started late but packed a little more excitement than in the past.

Minutes into the march, one float caught fire, sending spectators scrambling to avoid the flames. There were no injuries, but some revelers refused to take part in the parade out of fear that their float would catch fire, too.

Carnivals in Spain officially end on or after Ash Wednesday with the Burial of the Sardine, a ritual in which a sardine symbolic of winter is burned or buried.

But not always. In many cities in Spain&#8217;s southern Andalusia region, folks don&#8217;t put away their masks and debauchery until mid-March, only weeks before the Holy Week processions.

In Rota, festivities end Sunday. In nearby Sanlucar de Barrameda, the celebration begins after Lent and ends March 15. Other festivals started as early as February or earlier this week.

The reason the parties are stretched out is simple: so people in different towns can attend fiestas throughout the region without missing their hometown celebration. In a three-week span, it is possible to attend several carnivals in the province.

And mayors of smaller towns don&#8217;t want that. Festivals bring in big money.

However, if you miss the carnival in Spain, don&#8217;t worry. Spring fairs are right around the corner. The cities in Andalusia, of course, schedule their fiestas appropriately, so you can attend them all.