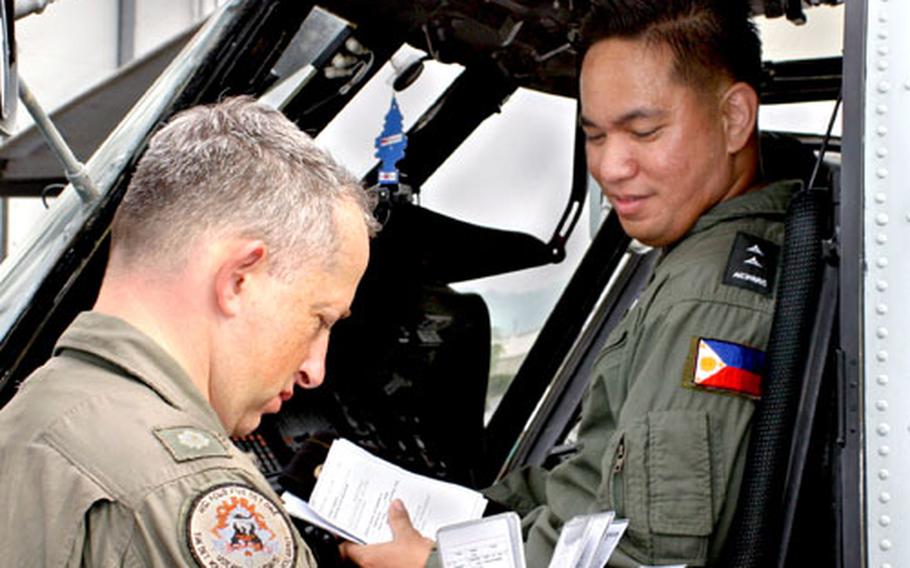 When she called in to the tower &#8212; during a training mission as part of Cooperation Afloat Readiness and Training &#8212; there was shocked silence on the radio.

It was one of a handful of new and unusual experiences for the small detachment of pilots and crew from Helicopter Anti-Submarine Squadron (light) 45 from San Diego, embarked aboard the USS Rodney M. Davis for CARAT.

The training allowed Sadeghzadeh and other junior pilots a chance to plan the tactical training during each segment of the multi-phase exercise, something usually left for more senior staff.

&#8220;They got to observe higher levels of tactical planning than they usually do,&#8221; said the officer in change, Lt. Cmdr. Kevin Klein. &#8220;They came up with all the tactical planning. They will not get that opportunity again&#8221; for many years.

The pilots also worked with different nations&#8217; aircraft and ships and with the variety of U.S. Navy ships that participated in each phase.

In Singapore during war games, the pilots engaged a real submarine, something they had only accomplished in simulators in the past.

The aviators also fell under a Singapore ship&#8217;s control during the training, which gave them practice with other styles of command, they said.

The training gave pilots a chance to learn about other countries&#8217; aviation programs. Brunei, for example, is buying a frigate on which to land helicopters, so the nation was eager to see how the detachment and ship work together.

In Brunei, however, there is no air navy &#8212; the helicopters belong to its air force and the ship to its navy, an unusual arrangement.

HSL-45&#8217;s detachment of five pilots, two aircrewmen and about a dozen maintainers sailed with the ship to every phase of CARAT all summer. Since the ship is small, they can only bring one aircraft and a small crew.

But despite several months of flying and greater participation in the exercises, the detachment didn&#8217;t miss a single mission &#8212; a testament to the maintenance staff, Klein said.