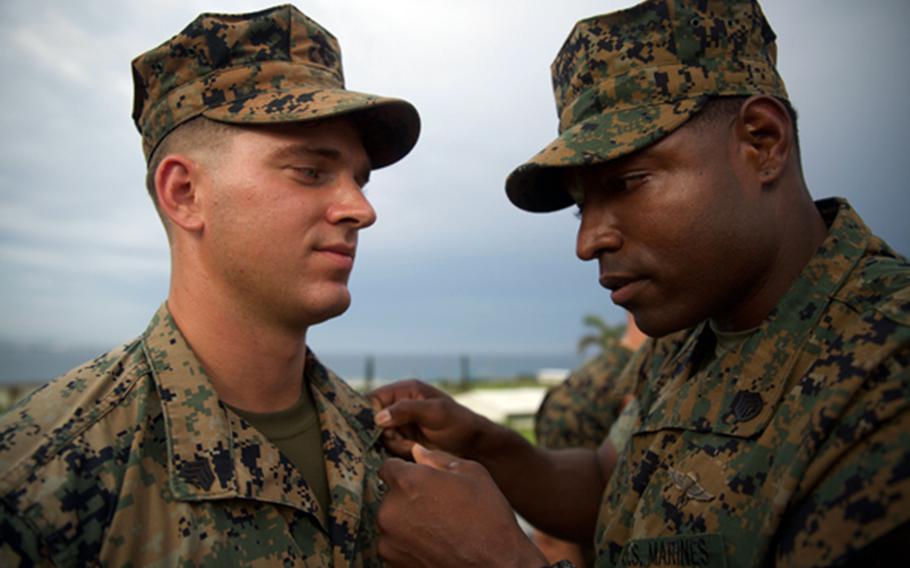 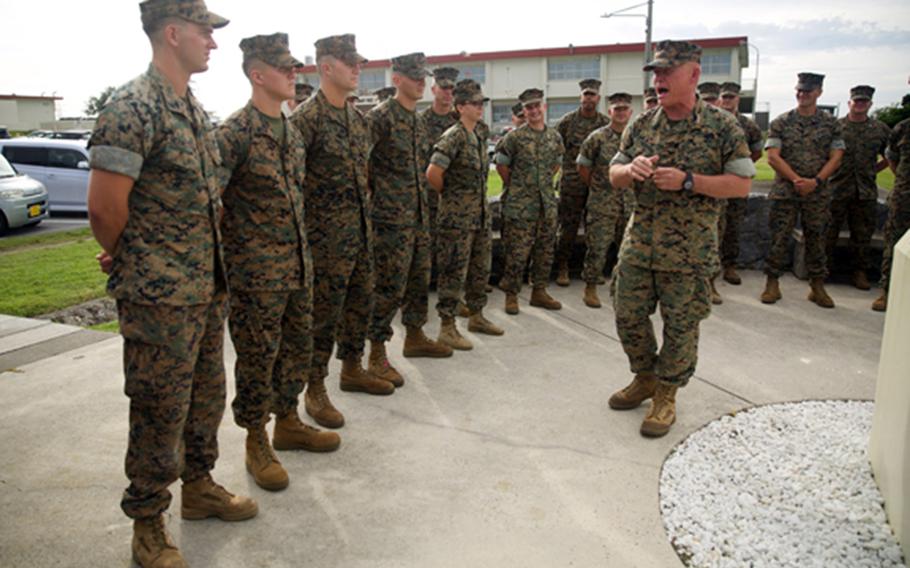 Sgt. Isaiah Bernstein, 21, of Charlottesville, Va., was killed in the early morning hours of Aug. 12 outside Parker, Ariz., where he was attending free fall school with his unit, an obituary said.

Bernstein was reportedly driving an SUV westbound at 4:40 a.m. on State Route 72 when he crossed the center line and hit a commercial vehicle head on, the Parker Pioneer newspaper said. He died at the scene.

A 64-year-old Dallas man driving the commercial vehicle was unhurt, the newspaper reported. An unnamed 23-year-old male passenger who was riding with Bernstein was taken to a hospital, treated and released.

The incident occurred just weeks before Bernstein’s 22nd birthday, which would have been Sept. 3, his obituary said.

The cause of the crash is under investigation, a 3rd Marine Division statement said.

“3rd Reconnaissance Battalion mourns the tragic loss of Sgt. Isaiah Bernstein,” Sgt. Maj. Marcos Cordero said in the statement. “We extend our deepest sympathies to his friends and family during this difficult time. He will forever be in our thoughts and prayers.”

High performer Bernstein was among five Marines and a Navy corpsman promoted at Camp Courtney’s Operation Iceberg memorial Aug. 2, hours before Nicholson’s change-of-command ceremony. Nicholson called the servicemembers “high performers” and rattled off Bernstein’s biography, which included graduating from the Basic Reconnaissance Course; Survival, Evasion, Resistance, and Escape school; jump school, where he became a parachutist and free fall expert; deployments with the 31st Marine Expeditionary Unit; and sensitive operations that could not be made public.

“You’ve been doing some interesting things here lately,” Nicholson said. The general and Bernstein then drew laughs when Bernstein was asked what he liked to do in his spare time.

“I just like to read up sir, read up on books, try and get better if I can,” he said.

Nicholson joked that the answer warmed his heart. Bernstein shook the general’s hand and was pinned by his staff sergeant.

Bernstein beamed after the ceremony. He was surprised when he heard that Nicholson would be presiding over his promotion so close to the change of command.

“It was a great honor,” he said. “I was very surprised when I heard about it, because I knew I was going up for this award a little while ago and we’ve just been so busy recently with all the training and ops and everything coming up. I didn’t think I would get to have this opportunity while I was in the Marine Corps and it’s amazing.”

Nicholson said he intended to introduce Bernstein and the others to Marine Corps commandant Gen. Robert Neller later that evening. It is unclear if that meeting took place.

Newly minted sergeant Bernstein had been in the Marine Corps for three years almost to the day when the crash occurred.

“We would be remiss if we did not mention his love for his family, his friends, his pets, and his God,” his obituary said.

“His genuine heart along with the combination of his calm quiet presence, his steady demeanor, and his can do attitude won him many loyal and faithful friends. Isaiah was mature beyond his years and would light up the room with his smile. That is going to be missed.”

His family said he found his calling as a reconnaissance Marine. He traveled to Guam, the Philippines, Singapore, Thailand, Taiwan and Australia, and that his last six months were his happiest.

Bernstein told Stars and Stripes he had always worked hard his entire life.

“It’s just what you’ve got to do as a person, you know,” he said. “This is my job; I work hard at it. I was just put in a situation where I worked hard; I was young and put in a job that most young people don’t really get put in that young and I just worked hard and it turned out all right.”

A Stars and Stripes reporter referred to him as a “newly minted sergeant” — a title he seemed to like.

A memorial service will be held in Okinawa in the near future, a Marine spokesman said. A service to celebrate his life is planned for Saturday in Charlottesville, his obituary added. He will be buried in a private ceremony in the fall at Arlington National Cemetery, where his grandfather is also buried.