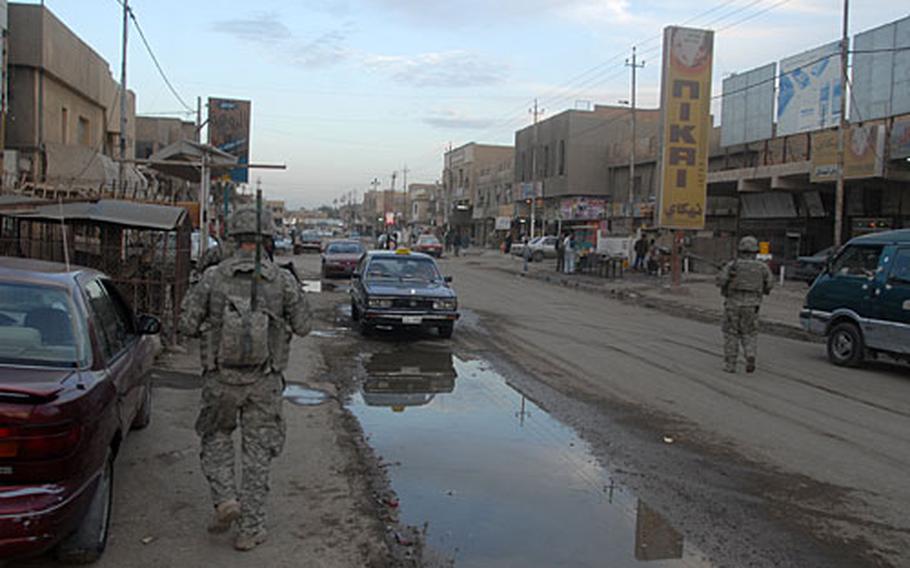 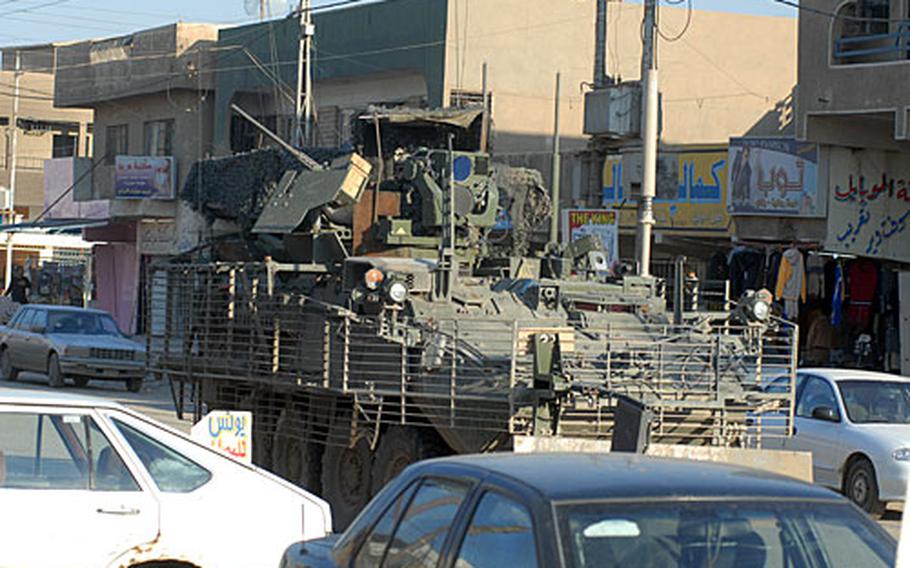 While not a common scene in the past, it&#8217;s happening more often as security improves and the threat declines from car bombs &#8212;&#8211; Vehicle Borne Improvised Explosive Devices (VBIEDs) in Army-speak.

Repeated car bombings in Baghdad had devastating effects on civilians and the military. They were also a major threat last time the 2nd Cavalry (Stryker) Regiment deployed to Mosul from 2004 to 2005, according to 2nd Cav commander Col. John RisCassi.

&#8220;VBIEDs are not a major threat against coalition forces in Baghdad right now,&#8221; RisCassi said in a recent interview.

Indeed, according to figures released by the military in October, car bomb attacks throughout the country have gone down 65 percent since the &#8220;surge&#8221; in June.

There are still high-profile incidents: car bombs killed 23 people in Baghdad and three other Iraqi cities on Dec. 5 as Defense Secretary Robert Gates said a secure, stable country was within reach.

Tips from Iraqis are the main reason for the decline in car bomb attacks against Americans, Coffey said.

Nobody is more detested in Hadar than an insurgent who has been known to place larger bombs, Coffey said.

The fact that building a car bomb normally involves a large group of insurgents makes the process easier to spot, he said.

&#8220;Someone buys or sells a car,&#8221; Coffey said. &#8220;It is brought to a place where some initial preparation is taken to make it into a VBIED. Someone moves the vehicle around. Someone parks the vehicle. Another guy might be involved in detonating it. You can interdict it anywhere along that chain.&#8221;Once soldiers know where a car bomb is being built, they can ambush the person making it and detain them or seize the vehicle to make sure it can&#8217;t be used, Coffey said.

&#8220;Once you get to know the neighborhood, a car that sits there and nobody seems to own, you can start to ask questions about,&#8221; he said.