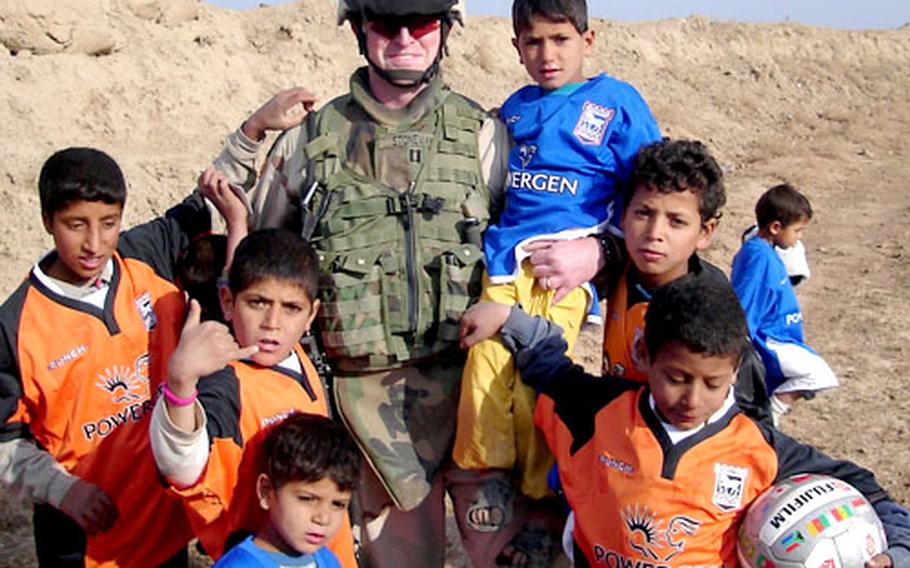 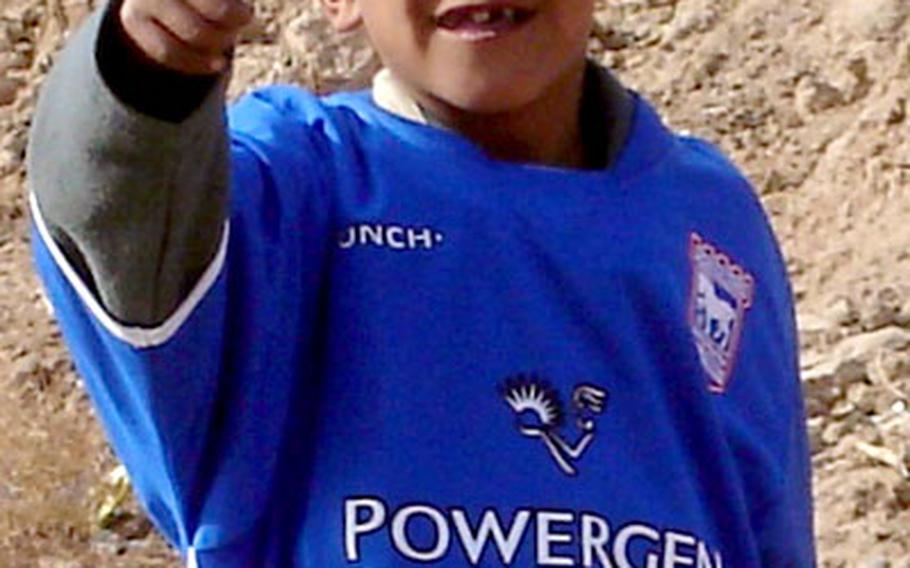 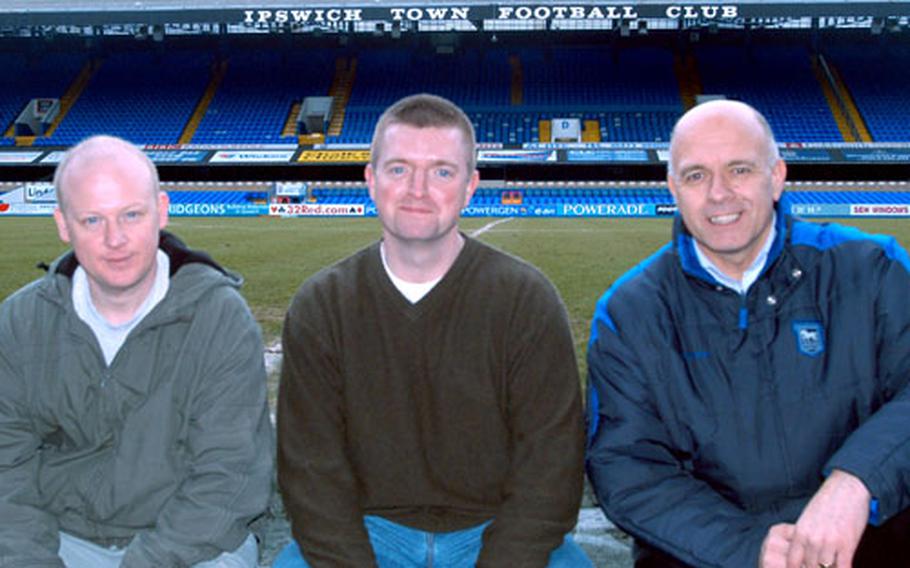 IPSWICH &#8212; Call him resourceful. Or philanthropic. Or even a touch diplomatic.

But, most of all, call Capt. Mark Stoneman a soccer fan.

Raised in London, bred an Ipswich Town Football Club fan and educated at High Point University in North Carolina, the 37-year-old Stoneman joined the U.S. Army and recently completed a tour in Iraq with the 3rd Infantry Division.

While he was stationed in Iraq, football helped him cross cultural bridges and greased the wheels of soldiering and nation building.

&#8220;The method I used best to break down barriers between us was football,&#8221; Stoneman said of Iraqis. &#8220;They watched the top European games on satellite TV, and we could talk about the games or the players and build a relationship.&#8221;

So when Stoneman, who has been in the Army for 12 years, looked out across the Iraqi countryside to see children playing soccer with the most austere of equipment or even jerseys turned inside-out to obscure the name of their former benefactor &#8212; Saddam Hussein &#8212; Stoneman saw an opportunity to forge good will and spread his love of his favorite football club.

He had a goal: to convert the ill-equipped children of war into Ipswich&#8217;s most distant training academy, or at least upgrade them into the sharpest-outfitted young footballers in the region.

Ipswich Town Football Club officials and the editor of the club&#8217;s fan newsletter devised a plan to collect used uniforms from fans at games and donate unused new packets of gear from previous seasons. They rounded up roughly 500 kits, as the British call a uniform of shirt, shorts and socks. The goods also included shin pads, balls and shoes.

&#8220;We collected all this stuff in a couple of hours at a few games, but we know it makes a huge difference to the children over there.&#8221;

An Ipswich football fan who owns a transportation company worked with the U.S. Air Force at RAF Lakenheath to move the goods from Suffolk to Diyala, a province in eastern Iraq.

Today, Stoneman commands Battery B, 1st Battalion, 10th Field Artillery at Fort Benning. But he keeps in contact with his replacement in Iraq, who said the kids are still playing ball in their bright new jerseys.