Captain’s log: Runners get a new way to keep track of training 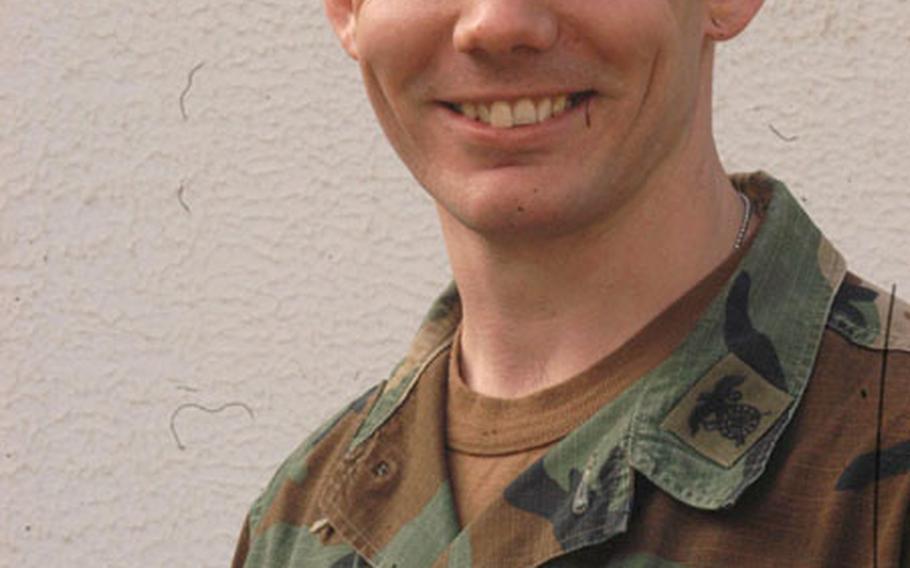 Capt. Jason Cullinane Cullinane developed and published a training log for runners using his experience as a runner and a graphic designer. (Ivana Avramovic / S&S)

CAMP BUTMIR, Bosnia and Herzegovina &#8212; Sometime in their life, most people received gifts that were great ideas but did not really work out. Capt. Jason Cullinane, a fervent runner, got one such present, but he did not let it go to waste.

Cullinane was given a training log by a friend that he could not really use because it was more of a day planner than a log. So the captain, an Army reservist with the Special Operations Command, created a new and improved version.

&#8220;I figured I had enough training experience and, with my bachelor&#8217;s in graphic design, I figured I could make one that was a better tool,&#8221; said Cullinane, currently the media director for the Psychological Operations at Stabilization Force headquarters at Camp Butmir. In that position, he oversees the development of posters, television spots, a teen magazine and other items that explain SFOR&#8217;s role and goals to the Bosnian population.

Cullinane said that most book publishers don&#8217;t know what kind of information runners should record and that specific tables and information are useful.

Cullinane, 33, has been a runner since he was 10 and is a four-time NCAA track and field All-American in the in 3,000-meter steeplechase. He comes from a family with seven children &#8212; six of them runners.

In his &#8220;LogbookONE, The Log for Runners, Joggers and Walkers,&#8221; Cullinane included tables for information such as the number of exercises, length of sleep and resting heart rate. He offers tips on workouts, sample stretches, a place to record races and even a list of magazines and journals for runners.

The hard work Cullinane has put into the training log should help other people keep track of their exercise and motivate them.

While he used to run 80 to 90 miles per week, a heavy workload in his current job leaves little time for exercise. He still tries to run 15 miles per week.

After seven years of gradual work on the training log, it was ready to be published last year. But when all the publishers he sent it to rejected it, Cullinane decided to publish it himself.

Though Cullinane did a lot of the work himself, such as the photography and design, he spent around $15,000 on the project. That included about $7,000 on printing and the rest on such things as software he used to develop the log, and for creating and maintaining his Web site, www.runninghat.com.

He warns that the process was not quick or easy.

Family and friends have helped promote the log, published in September after Cullinane deployed to Bosnia for a year, but he knows there is more work ahead publicizing it.

Thus far, he has had some success. Barnes and Noble has purchased a hundred copies to see how the sales will go. A copy sells for $12.95. Other logs range from $8 to $16.

Cullinane hopes that his training log will reach not only athletes but also regular people interested in keeping track of their exercise.