Capri, Ischia and Procida are just a hop away from Naples 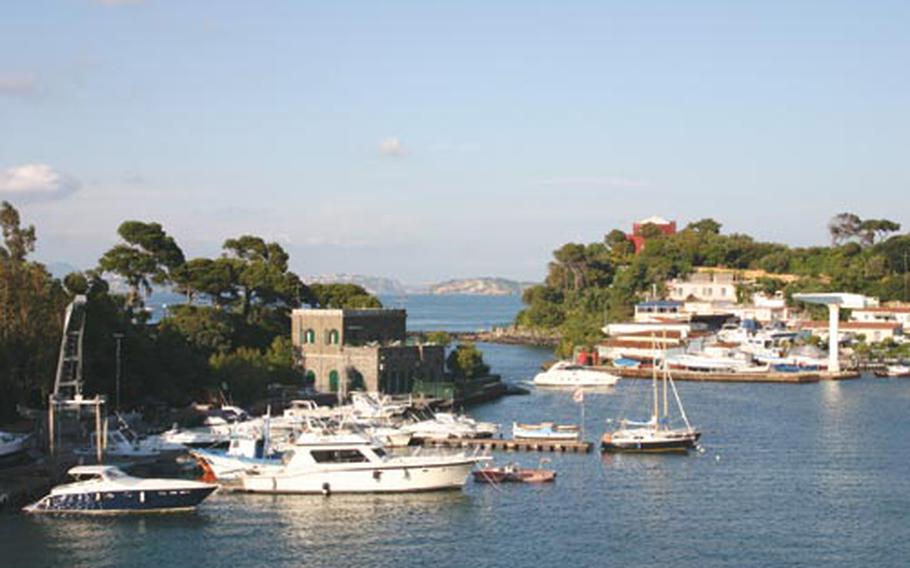 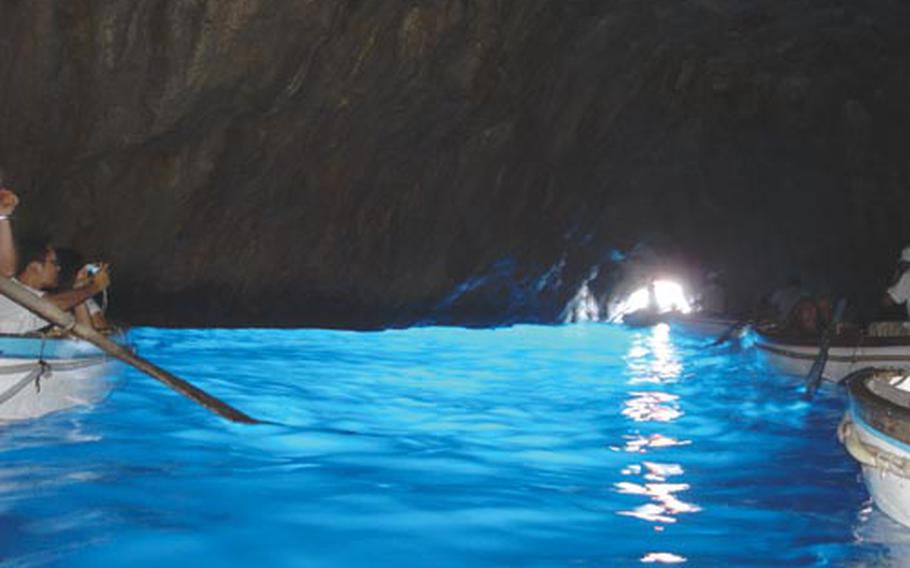 The Blue Grotto is one of Capri’s top tourist spots. But it isn’t really blue. The reflection of the water from the mouth of the cave creates a stunning illusion of a blue world inside. (Lisa M Novak / S&S)

NAPLES &mdash; It&rsquo;s true: Everyone goes to Capri. The stunning beauty of this island is hard to beat.

However, other lesser-known nearby islands &mdash; such as Ischia and Procida &mdash; offer similar rewards. For those who live in Naples, the good news is you don&rsquo;t have to choose. Daily excursions to all three islands are pretty easy, and if you&rsquo;re not a shopaholic, fairly affordable.

The islands are easily accessed by ferries that depart each day from Naples and Pozzouli. The fast boat (hydrofoil) takes about half the time and costs almost twice as much. The regular ferry takes less than an hour. Procida is closest (and smallest) and only takes about 25 minutes from Pozzouli. Tickets, which range between 13 and 17 euros, can be purchased at the port.

Once on the islands, transportation is pretty easy. Buses and trams go to almost all corners. For those remote spots, bring a good pair of hiking shoes.

Ischia and Capri are naturally hilly. Although vehicle traffic is limited, so is sidewalk space. More often than not, there&rsquo;s nothing between you and traffic other than a painted line. The roads are narrow and winding, and barely wide enough for two-way traffic. The island of Procida is relatively flat and easily walkable. Visitors can&rsquo;t bring cars, but can rent bikes and scooters. Public transportation is cheap and reliable. Buses and taxis are available, as well as the funicular &mdash; for those who don&rsquo;t like walking uphill at a 45-degree angle.

Major sitesAside from capri pants and limoncello, the island of Capri is best knows for the Blue Grotto.

"We get up to 15,000 visitors a day during high season," said Giovani Acanfora, a tour director on the island for 25 years. "It&rsquo;s open year-round, but during the colder months, weather might make it inaccessible."

The cave is also inaccessible during high tide, so plan your trip accordingly.

Visitors lie down in small rowboats to enter the cave, and are rowed around for about 10 minutes. This will cost you about 10 euros. The price is almost as steep as the stairs you have to descend to get to the landing.

For those that prefer dangling hundreds of feet in the air, the Monte Solaro chairlift provides incredible aerial views of the island.

The island of Ischia is best known for its thermal springs. With more than 70 on the island, it&rsquo;s the place to go if you suffer from chronic rheumatic diseases, metabolic disorders or are in need of a beauty treatment.

The largest of the three islands, Ischia also features the greatest variety of natural and architectural features, such as Castello Aragonese &mdash; originally built by the Greeks more than six centuries ago, and Fungo di Lacco Ameno &mdash; a giant rock shaped like a mushroom, said to be the site where the Greeks colonists first landed.

Procida is the smallest of the three islands, and the least crowded. It is mostly flat and easily walkable. Most noted for its stone architecture and religious observances, visitors can witness local religious festivals such as the Good Friday procession in Spring, and the Graziella in August. A visit to Procida gives visitors a wonderful snapshot of true island life minus most of the hassles of overcrowded, overpriced tourist spots.

Best way to not get stranded

Missing the last ferry from the islands off of Naples back to the mainland can make for a very long, and possibly expensive, trip. Some travelers have been surprised by the early last-runs of the ferries back to Naples.

Different ferry companies have different departure times, but to make sure you don&rsquo;t miss the last boat back, ask:

Translation: When does the last ferry depart, and from which pier?