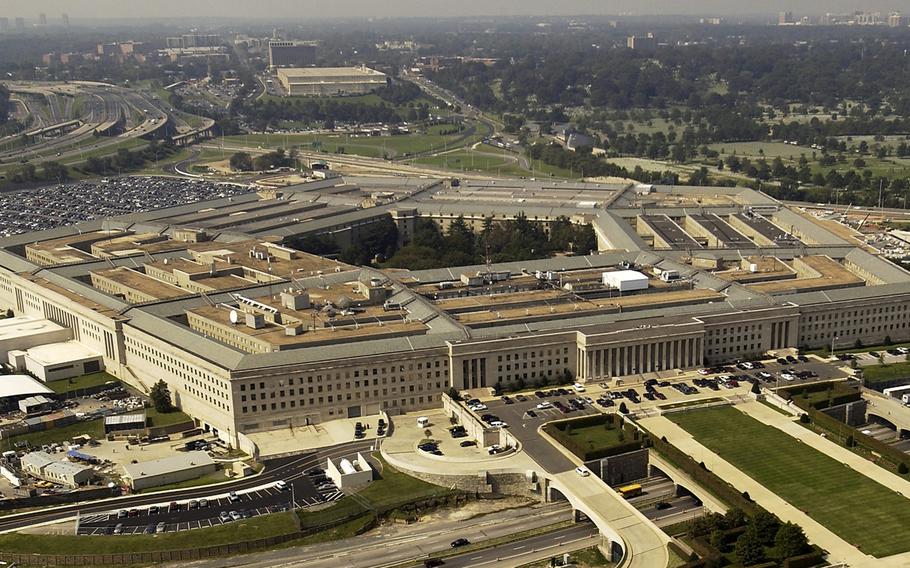 The Pentagon is again in budget analyst crosshairs as the Defense Department budget accounts for almost half of U.S. discretionary spending. (Andy Dunaway/U.S. Air Force)

Congressional budget analysts have 121 ideas for reducing the ballooning U.S. deficit, and 16 of them target Pentagon programs, ranging from long-term pay caps for servicemembers and higher Tricare premiums to spending less on weapons systems.

The Congressional Budget Office in December released a report detailing options for deficit reduction between 2019 and 2028, and the choices seem endless. However, the CBO didn’t address the political viability of increasing taxes, cuts to popular programs like Social Security and Medicare or drastic cuts to a Defense Department budget that eats up almost half of discretionary spending.

“To put the federal budget on a sustainable long-term path, lawmakers would need to make significant policy changes — allowing revenues to rise more than they would under current law, reducing spending for large benefit programs to amounts below those currently projected, or adopting some combination of those approaches,” CBO analysts wrote.

The Pentagon’s 2019 base budget amounted to $616 billion, the highest amount since 2010, the CBO reported. This year’s budget deficit is estimated at just under $1 trillion, according to federal data.

DOD’s future spending plan anticipates base-budget levels will average about $650 billion per year through 2023, the CBO said. One CBO suggestion was to reduce the budget over three years so that funding in 2022 would be 10 percent less.

An across-the-board reduction would mean focusing efforts on crucial parts of national security, like countering China and Russia by relying on conventional and nuclear deterrence while scaling back or eliminating the Army’s presence in some countries, the CBO report said.

Cap basic pay for troops, which could save $18 billion from 2020 through 2028. Reduce health care costs by raising various Tricare fees, which could provide up to $12 billion in savings between 2021 and 2028. In 2017, DOD spent about $50 billion for health care for active duty troops, eligible family members and retirees. Reduce Basic Allowance for Housing to cover 80 percent of rental and utility costs, which would save about $15 billion from 2019-2028. About 60 percent of servicemembers live in privatized or local housing, which cost DOD about $20 billion in BAH expenses in 2017. Billions can also be saved by scaling back on major weapons systems, the CBO said. For example, canceling the future purchase of F-35 fighters to instead buy F-16s and F/A-18s would save $16 billion from 2020 through 2028.

Other options involve slowing the pace for developing future replacement aircraft carriers and scaling back the Navy’s 2019 shipbuilding plan, which proposes buying 110 ships over the next 10 years. Cutting that purchase to 71 ships would mean a $75 billion reduction by 2028.

The CBO also found a large savings by reducing nuclear weapons stocks, shrinking the size of the Air Force’s bomber fleet and retiring the F-22.

Still, there is little indication of any political consensus on the potential military cutback ideas, all of which would generate serious resistance from the Pentagon and respective military services.

The CBO emphasized it was not making any recommendations, but rather laying out options for lamakers.

“As a collection, the options are intended to reflect a range of possibilities, not a ranking of priorities or an exhaustive list,” the CBO wrote. “The inclusion or exclusion of any particular option does not imply that CBO endorses it or opposes it, and the report makes no recommendations.”