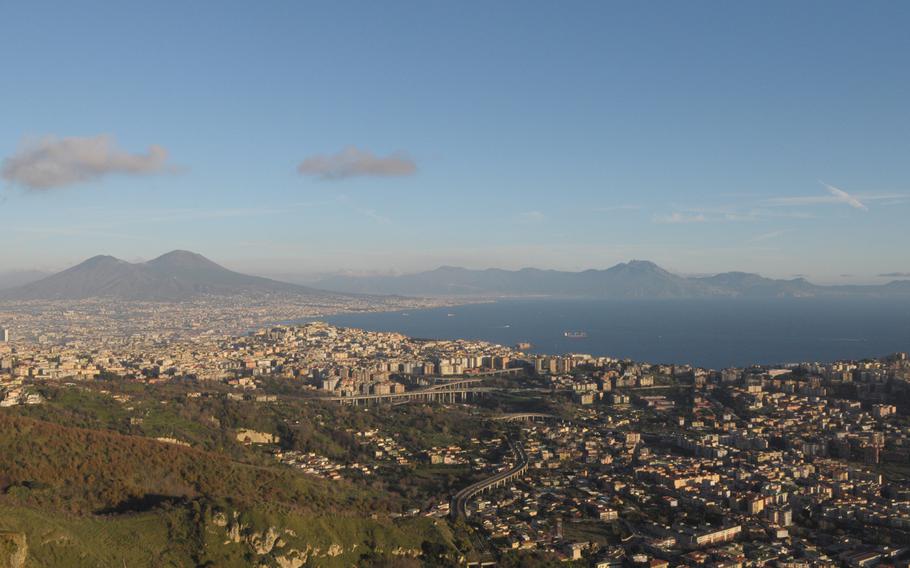 Navy officials are looking into a report by Italy?s national health institute that confirms elevated cancer rates in an area of Naples that's home to hundreds of U.S. military families. ()

NAPLES, Italy — Navy officials are looking into a report by Italy’s national health institute that confirms elevated cancer rates in an area of Naples home to hundreds of U.S. military families.

“The Land of Fires,” a zone of 55 communities in an agricultural area north of Naples, is known for large trash fires and toxic-waste dumping by organized crime groups — activities that independent researchers and local advocates have linked to rising cancer rates in children in recent years.

The U.S. Navy, whose European command is headquartered in Naples, has housed military families on a base in one of the communities, Gricignano, since 2001, and maintains off-base leases in the area.

The report by the Italian Institute of Health found an unusually high number of cases of leukemia and brain tumors in infants living in the area and higher instances of stomach, liver and lung tumors in adults.

The study, the first of its kind by the Italian government, was mandated in 2014, soon after Italy deployed its military to stop the fires.

Base officials are having the study translated into English and plan to meet with one of its authors on Thursday, said a spokesman, Lt. j.g. Alexander Perrien. The Navy and Marine Corps Public Health Center in Portsmouth, Va., will also review the translated study.

“We continue to be committed to keeping our Navy personnel and their families informed of credible information with complete transparency,” Perrien said.

The Navy conducted a health study of American housing on and off base from 2008 to 2011, which tested local air, soil and water and showed no adverse health effects among Americans living on base or in the nearby communities.

Base officials have taken steps to minimize residents’ exposure to possible contaminants in recent years, forcing some personnel to move away from areas with tainted wells and requiring all off-base leases to include bottled water (the Gricignano base treats its own water).

The new report compared cancer mortality rates, hospitalization rates and tumor incidence for the 55 communities with expected rates. The excess of tumors in infants and children is a “critical issue” that should motivate the government to clean the area, it concluded.

Antonio Giordano, a cancer researcher at Temple University, in Philadelphia who has published papers on cancer rates in the area, said in an interview that the Italian government is finally catching up to the work of independent researchers.

“When we highlight the problem in our reports, we force the government to do the same,” he said.

Waste removal has long been a problem for the Naples region, where — because of apathy and the activities of organized crime — landfills overflow and trash piles high along highways and under bridges.

Former members of Naples’ organized crime network, the Camorra, have in recent years revealed the group’s burial of industrial waste from Italy’s north in the country’s southern farmland.. By 2011, authorities in Campania — the region that includes Naples — had identified more than 5,300 potential dump sites.

Dark plumes of smoke from burning trash piles are a regular sight around the Gricignano base, especially in the summer. Navy officials began requiring most new arrivals to live on the base beginning in 2013, instead of off-post, an effort to maximize occupancy.

Giordano, the cancer researcher, believes the Navy should conduct more tests around the base in light of the new report.

“In the area where the Americans live, there is a higher level of this burning,” he said.

Catherine Heyres said she worried about the nearby fires when her family lived on base between 2013 and 2014.

“We never really expected the air quality issues,” she said. “But it was so smoky right away, and it was right next to our house. We had to go out and buy air purifiers.”