The “fireflies” from Ikego Elementary School were on their home turf at Ikego Saturday for the Relay for Life. (Allison Batdorff / S&S)

The “fireflies” from Ikego Elementary School were on their home turf at Ikego Saturday for the Relay for Life. (Allison Batdorff / S&S) 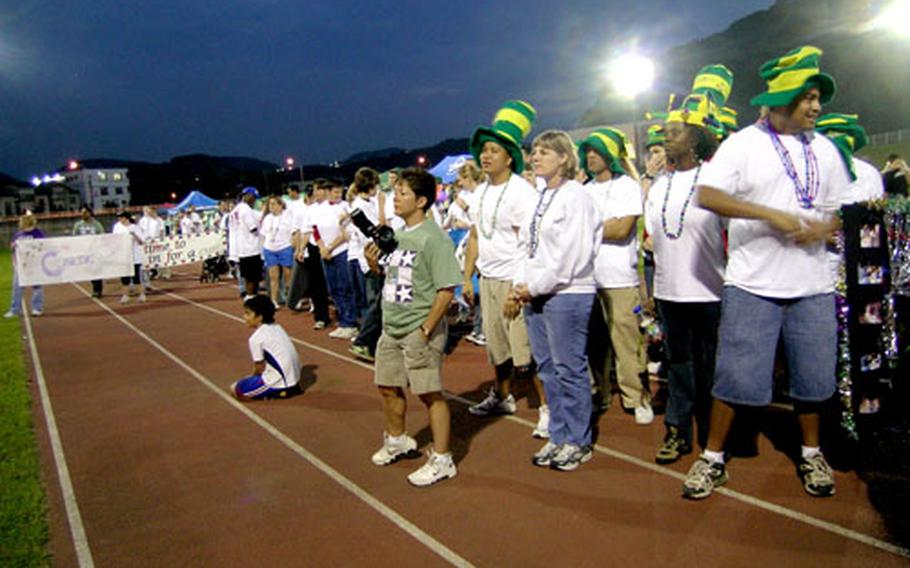 YOKOSUKA NAVAL BASE, Japan &#8212; Melissa Dooley had never been to a Relay for Life before, but that didn&#8217;t stop her from importing the American Cancer Society fund-raiser to Japan.

Because it was the first such event held in Japan, the petty officer first class and her planners hoped for $15,000 and a modest turnout.

The American Cancer Society&#8217;s signature all-night relay draws 3 million participants annually in the United States. Since its inception in 1986, &#8220;Relay&#8221; has spread to 20 other countries. Each event follows basically the same format: Teams are made up of volunteers who walk for 12 or 24 hours to raise money for cancer research, passing the baton to each other all night.

But Relay for Life is about taking action against the disease. Her mother&#8217;s own fight with cancer inspired Dooley &#8220;to do something about it&#8221; after her mother passed away, she said.

Dooley hopes that this first Relay For Life won&#8217;t be the last and that the surprising success of this year will continue.