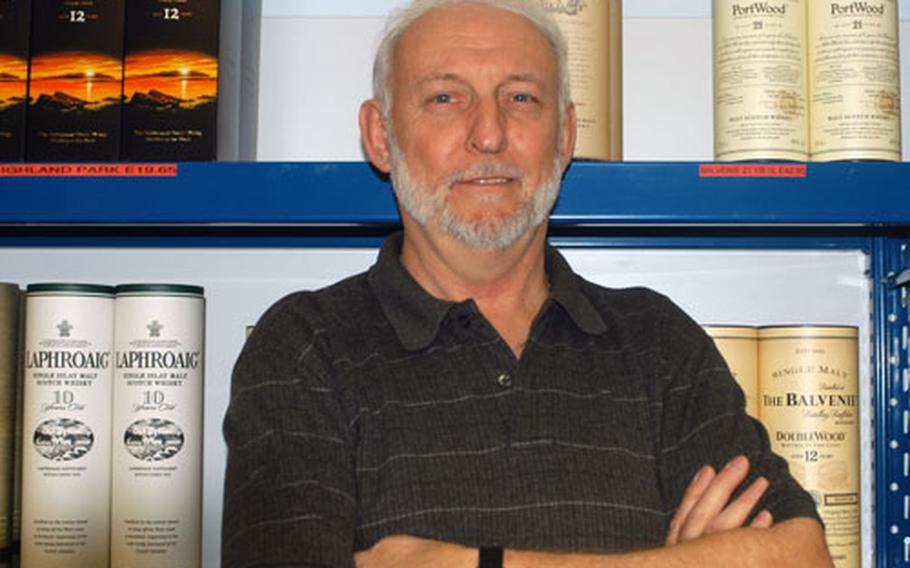 Pete Lingen, manager of the Canadian PX, tucked away near NATO Army headquarters on Campbell Barracks, is proud of his fine selection of scotch whiskey and reasonable prices. (Nancy Montgomery)

Tucked away near NATO&#8217;s Army Headquarters on Campbell Barracks, under the red maple leaf sign and down a flight of steps, is a small store with friendly people and some unbelievably friendly prices.

ID and ration-card holders, welcome to the Canadian post exchange, which specializes in a wide array of liquor.

Why the Canadian PX prices are so good isn&#8217;t really clear. Lingen said he believed that part of the reason was that the liquor at the U.S. Class 6 stores all came from the U.S., while his store got some of its inventory from Europe and Canada, and was untaxed.

Some things are best left unpondered, such as the fact that cigarettes here cost 1.60 euros ($2.04) a pack and that one can also buy Cuban cigars here.