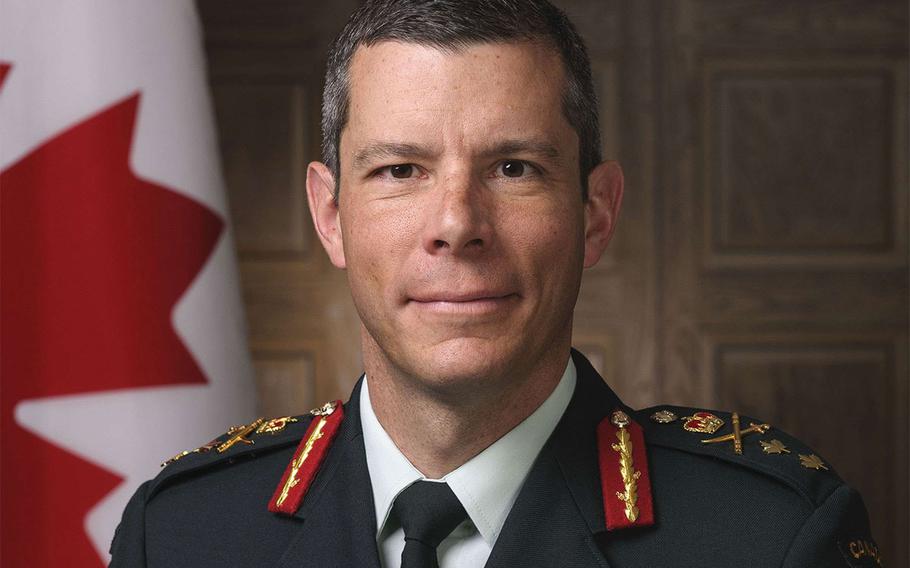 A two-star Canadian general has been tapped to lead NATO’s new mission in Iraq, which will involve hundreds of trainers and could eventually reduce the demand for U.S. troops deployed to the country.

Maj.Gen. Dany Fortin, who now leads the 1st Canadian Division Headquarters in Kingston, Ontario, will assume command of the mission agreed to at NATO’s July summit in Brussels.

About 580 NATO troops will be involved in the training campaign set to start this fall in Iraq where roughly 5,200 U.S. troops are now deployed to help stabilize areas once controlled by ISIS.

The focus of NATO’s mission will be on setting up military schools to increase the professionalism of the Iraqi forces in the hopes of preventing the reemergence of the Islamic State group and other terrorist organizations, according to NATO. Canada, which will contribute 250 troops to the effort, is leading the mission.

“I am confident that our contribution will meet the expectations of Canadians, our allies and partners and especially the population of Iraq as we seek to help their security institutions to ensure long-term peace and stability in Iraq,” Fortin said in a statement.

In 2017, NATO formally joined the U.S.-led coalition battling the Islamic State group, but the move at the time was largely symbolic and followed intense pressure from the Trump administration for allies to do more in the counterterrorism fight.

Now, the soon-to-start NATO effort could enable the U.S. bring down its troop numbers.

Col. Sean Ryan, a spokesman for the U.S. mission in Iraq, told reporters Sunday that American troops would stay in Iraq “as long as needed,” but added that NATO’s growing presence could reduce the need for some American forces.

“Possibly, there could be a drawdown, it just depends on when NATO comes in and they help train the forces as well,” Ryan said.

NATO operated a small training mission in Iraq from 2004 until 2011, when its 130 personnel were withdrawn after disagreement with Baghdad over the legal status of foreign troops in the country. The U.S. cited the same reasons when it pulled out most of its forces in 2011.

Baghdad insisted that all such forces be subject to its laws and judicial system, while NATO sought legal immunity for its trainers. However, the previous impasse never emerged as a point of contention in connection with the new training mission.