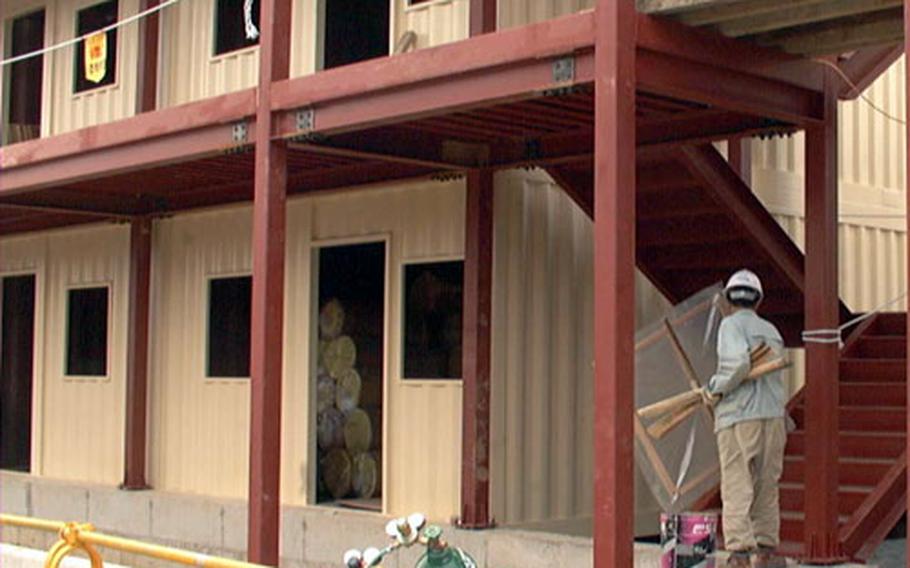 Workers at Army&#39;s Camp Walker in Taegu, South Korea, put up three-story temporary barracks, one of three pre-fabricated metal structures that will be interim housing for soldiers whose aging barracks will undergo renovations. (Franklin Fisher / S&S)

Workers at Army&#39;s Camp Walker in Taegu, South Korea, put up three-story temporary barracks, one of three pre-fabricated metal structures that will be interim housing for soldiers whose aging barracks will undergo renovations. (Franklin Fisher / S&S) 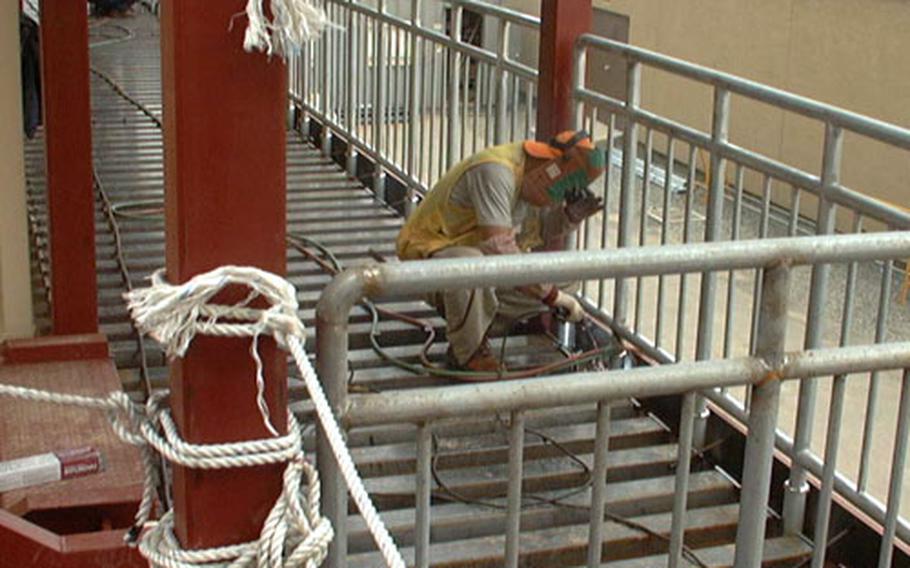 TAEGU, South Korea &#8212; Sometimes, even taking a shower is a challenge in aging Barracks 309.

The building, on the Army&#8217;s Camp Walker, is home to roughly 120 troops, mostly of the 36th Signal Battalion.

The decades-old building suffers from a host of problems &#8212; plumbing, sewage, wiring, bad walls, and washers and dryers that break down.

So the troops are glad the Army will start a yearlong fix-up of 309 sometime this fall.

To house them in the interim, the Army is building three temporary barracks the troops think will be much nicer and more private than 309.

Known as a &#8220;swing space,&#8221; each building will be three stories, made of steel storage containers welded together and house up to 153 troops, three to a room, said Harry H. Kye of the Army&#8217;s Corps of Engineers in Taegu. The project will cost about $2.5 million, he said.

Each container measures 40 feet long, 16 feet wide and 9.5 feet high and will be furnished with a television, a desk for each soldier, a footlocker, bed, kitchenette and a private bathroom with bathtub. The plywood floors will feature vinyl tiling. Windows, an outdoor balcony on each floor and a laundry room in each building are also planned.