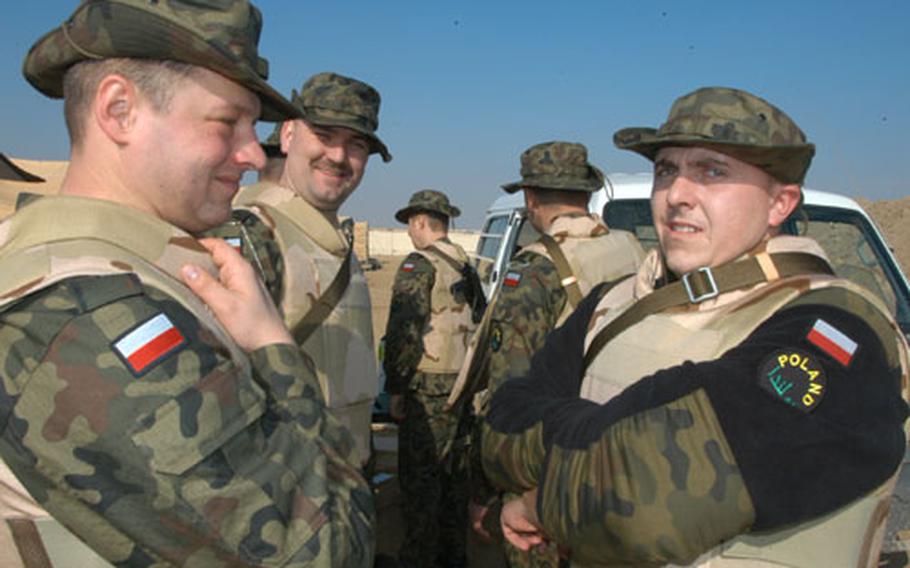 CAMP VIRGINIA, Kuwait &#8212; Once the wartime headquarters for V Corps, this austere base in the Kuwaiti desert is now gearing up to support one of the largest troop turnovers in history.

In the coming months, roughly 140,000 coalition forces will leave Iraq as 110,000 soldiers arrive to replace them. U.S. encampments north of Kuwait City &#8212; such as Camp Virginia &#8212; will often be the first place incoming troops see and the last stop for departing ones.

The Iowa National Guardsmen who run Camp Virginia are preparing for a massive influx. Currently, about 2,100 troops are at the camp, up from 600 in October, said Lt. Col. Tom Edwards, 52, the camp&#8217;s mayor, a farmer from Blanchard, Iowa, in civilian life.

Virginia is one of six way points that sit along a desolate stretch of recently paved highway, not far from Ali al Salem Air Base.

It can hold nearly 11,000 soldiers at maximum capacity. Each camp has clusters of tents called pads, of which Virginia has 13.

Edwards&#8217; support staff, citizen soldiers from the Jefferson, Iowa-based 185th Rear Operations Center, use contractors to bulk up on tents and electricity.

Arriving troops can be seen mingling with soldiers battle-hardened after a year in combat.

The Germany-based 94th Engineer Battalion, one of the first V Corps units mobilized for Iraq, is heading back to garrison. It arrived in Kuwait on Christmas Eve, said Lt. Col. Paul Grosskruger, 42, a 1983 West Point graduate from Andrew, Iowa.

Much has changed since the battalion originally left Camp Virginia to push north into Iraq. Furnace-like winds that blew dust storms across the desert last spring have given way to winter rains that soak the sand, turning the camp into a soupy mush.

Life is fairly mundane for the troops here. Signs read, no parking, no smoking, no weapons allowed. Troops cluster among the tiny cappuccino shop and the Internet caf&#233;.

International servicemembers fill many of the tent cities. It&#8217;s common to hear Spanish, Italian, Polish or Hungarian as groups of soldiers walk through the camp. Troops from Denmark, Lithuania and Bulgaria are also passing through. More foreign units are expected, Edwards said.

The camp staff treats the internationals just as they would American troops, only they cannot enforce U.S. military law. So far, the coalitions partners have only a few violations, which Edwards would only describe as minor infractions.

On Wednesday, camp medics responded to an accident just outside the camp&#8217;s protective sand berm. Two Army engineers were injured when they lost control of their truck and flipped over in the sand, said Spc. Ken Singletary, 33, a medic from the Florida National Guard&#8217;s 161st Area Support Medical Battalion.

It was the fourth crash in recent months, he said, caused by drivers speeding and weather conditions.