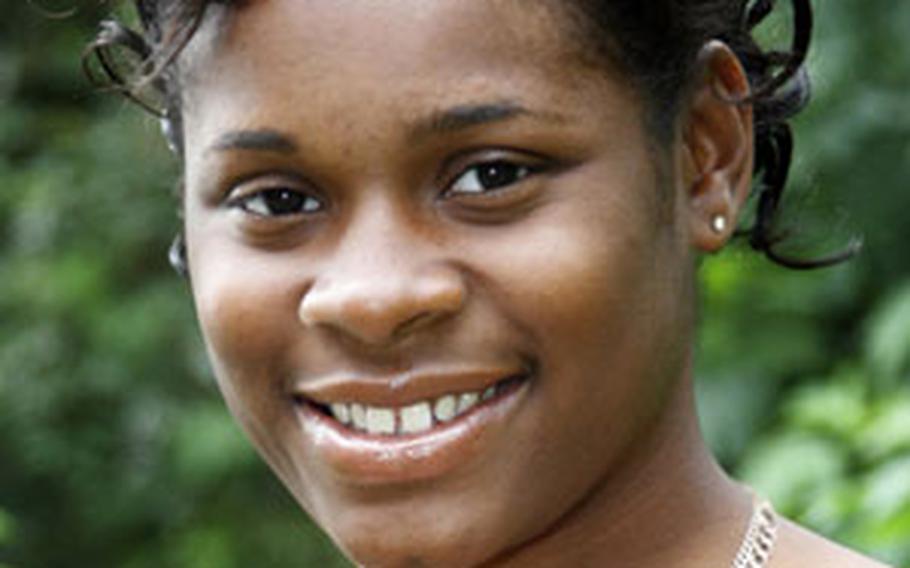 Pfc. Star Exum is gearing up to compete as one of 12 semifinalists in the military&#39;s Operation Rising Star contest at Fort Belvoir, Va. Exum is part of the 304th Signal Battalion, based at Camp Stanley, South Korea. (Kim Ho-yong / U.S. Army)

But on Wednesday, Exum, based at Camp Stanley, South Korea, will compete as one of 12 worldwide semifinalists in the military&#8217;s Operation Rising Star contest at Fort Belvoir, Va.

Each semifinalist will sing for a panel of three judges, who will select six finalists to compete the next day.

In September, Exum won the U.S. Army Garrison-Red Cloud title at Camp Casey with a rendition of &#8220;Listen Again&#8221; by Beyonce.

Exum, a Brooklyn, N.Y., native, said her family was planning to meet her in Virginia for the competition.

She says she has sung the national anthem at unit functions, but never expected to compete in a singing contest.

Wednesday&#8217;s contest will be shown on The Pentagon Channel at 3 a.m. Thursday in the Korea and Japan time zones.

During the same time the next day, the finalists will compete live, with a backup band. Viewers can go to OpRisingStar.com to cast their vote until midnight Saturday, Korea Standard Time.

Following the live broadcast, a replay is scheduled to be posted at http://risingstar.us.army.mil.

The judges will be former Sergeant Major of the Army Jack Tilley; Nigel Caaro, producer of &#8220;America&#8217;s Got Talent&#8221;; and singer Jaci Velasquez.

Overseas servicemembers and families are well represented in the military&#8217;s talent competion, being held Nov. 12 at Fort Belvoir, Va.: