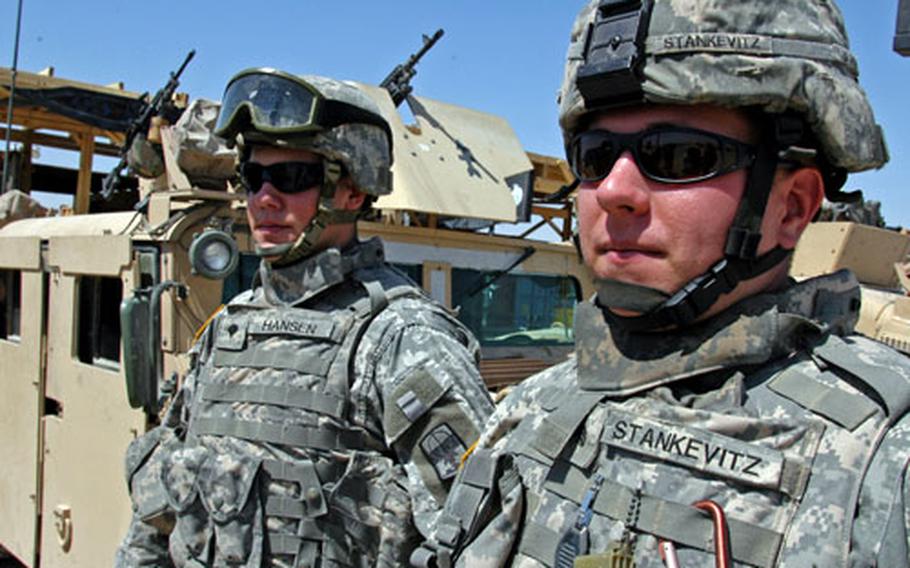 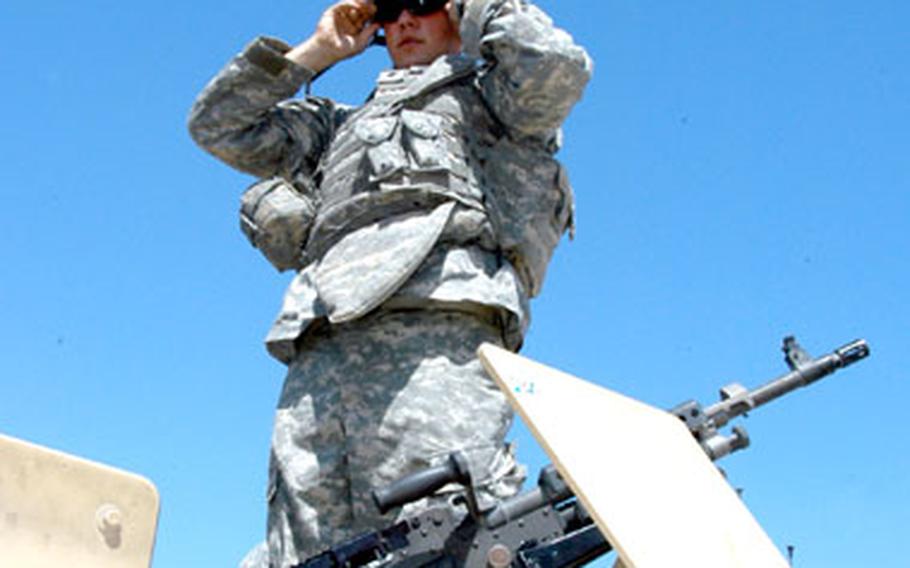 CAMP NAVISTAR, Kuwait &#8212; Soldiers in Kuwait for the most part don&#8217;t go outside the wire. Liberty passes are scant and only those with legitimate official business are authorized to leave.

Then there are the soldiers at tiny Camp Navistar, the northernmost U.S. military installation in Kuwait, a short distance from the Iraqi border. Since arriving July 20, the 1st Battalion, 121st Field Artillery has logged nearly 900,000 miles.

The soldiers, mostly from the Wisconsin Army National Guard, leave camp in their armor-plated Humvees and point north, escorting huge convoys of semi-trucks loaded with war supplies ranging from bottled water to tanks. Some missions last six hours, an easy day up and back. Others drag on for weeks.

It&#8217;s a long way from the land of cheese, a reality that jolted the 600 soldiers assigned to the camp long before they grew weary of chow.

It wasn&#8217;t the 130-degree Fahrenheit heat or the swirling sandstorms that shocked their Midwestern souls, but a lesson that in war, there is no such thing as beating the odds: Life can be snuffed out on Day One or Day 365.

About two hours into his maiden Iraq mission on July 24, gunner Stephen W. Castner, an Army specialist, was killed by a roadside bomb. Three soldiers sitting inside the Humvee were injured and are now at home.

Eight days later, a soldier from the 2nd Battalion, 127th Infantry, another Wisconsin Army National Guard unit that was about to pull out after a year in Kuwait, was also killed: gunner Sgt. Ryan David Jopeck was on his last convoy before heading home, soldiers at the camp said Sunday.

The deaths, the soldiers said, shook the unit to the core. But the mission had to go on, and so the drivers, gunners and truck commanders got back into their Humvees and continued to click off the miles on the world&#8217;s most perilous roads.

On Sunday, prior to pulling out of Camp Navistar for another convoy, the soldiers inspected their Humvees like professional mechanics, making sure components and communications were in working order.

The convoys are on the road continuously, pushing out from Camp Navistar 24 hours a day. Soldiers escort the trucks and clear routes for the convoys, which can snake to 30 trucks or more. The Army contracts the driving to Kuwaiti logistics companies that typically hire foreigners for the job.

The missions are of two kinds. Convoys hauling food, water and other sundries to sustain the war effort typically drop off their supplies at a distribution point in southern Iraq. Soldiers escort the trucks there and back in a day. Other times they&#8217;re called on to protect convoys bringing military equipment to units moving into or shifting to different locations in Iraq. Those can last up to three weeks.

&#8220;We&#8217;ve been to the northern edge of Iraq and back,&#8221; said Capt. Harvey Hubbard, a battle captain with 1st Battalion, 121st Field Artillery, who along with Capt. Jeremy O&#8217;Leary oversees convoy operations from Navistar.

Still, O&#8217;Leary and Hubbard admit they act a bit like overprotective parents, wishing the soldiers would phone more often from the road.