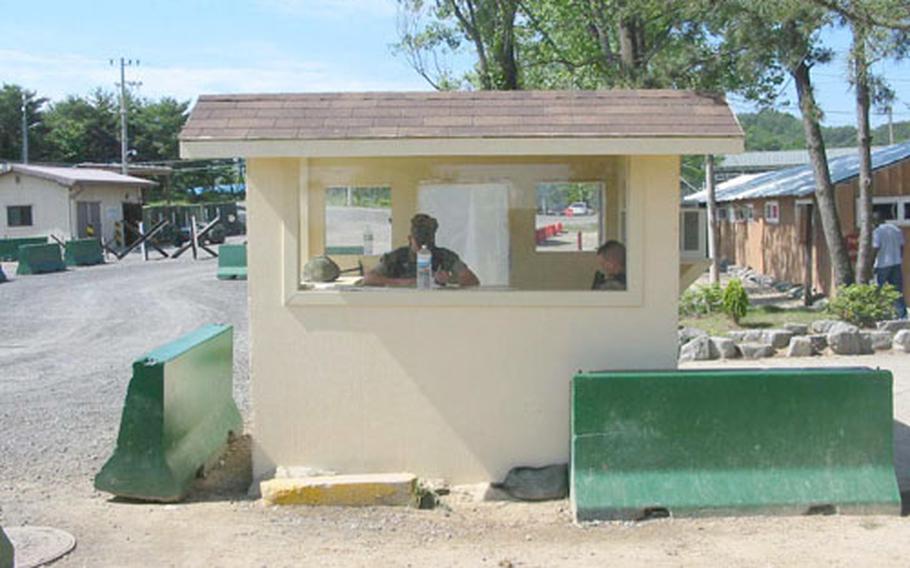 At Camp Mu Juk near Pohang, South Korea, a Marine pulls duty inside a security shack at the entrance to the spartan 84-acre logistics base. A modern gate security building with anti-terrorist devices will eventually replace the shack as part of a ten-year, $60 million plan to turn the base into a modern, full-status military installation. (Courtesy of USMC)

At Camp Mu Juk near Pohang, South Korea, a Marine pulls duty inside a security shack at the entrance to the spartan 84-acre logistics base. A modern gate security building with anti-terrorist devices will eventually replace the shack as part of a ten-year, $60 million plan to turn the base into a modern, full-status military installation. (Courtesy of USMC) 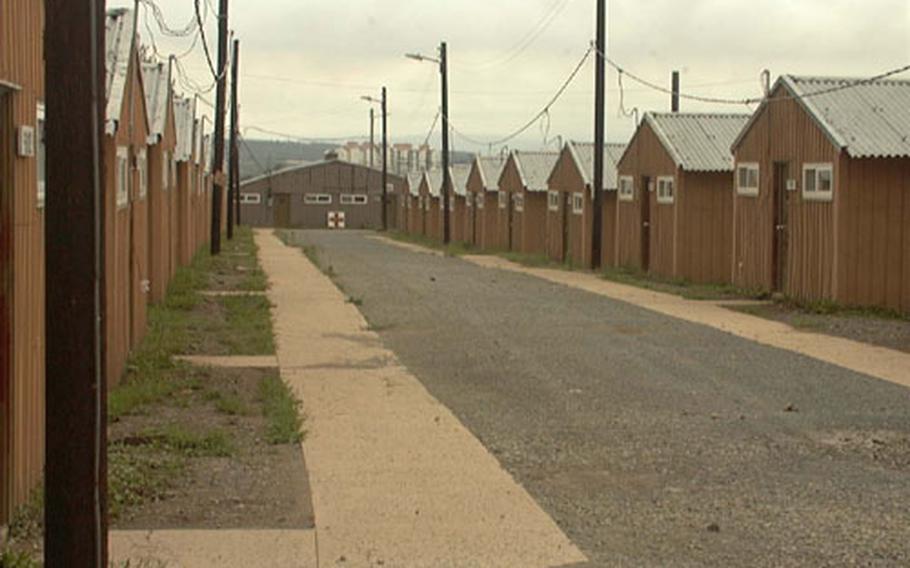 Pre-fab barracks used during U.S. Marine exercises, maintained by 9th Engineer Support Battalion&#39;s Camp Support Detachment, at Camp Mu Juk, outside Pohang, South Korea, as they looked in June 2001. The base is due for a $60 million overhaul that will turn it into a modern military installation over the next ten years. (Franklin Fisher / S&S) 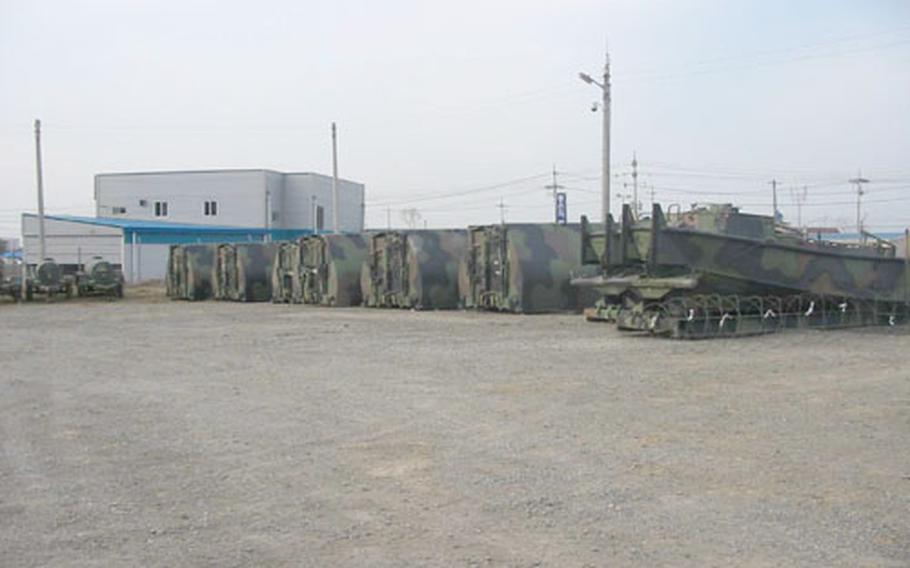 Military equipment sits in a compound on Camp Mu Juk, a remote 84-acre Marine Corps logistics base near Pohang on South Korea&#39;s east coast. The camp, long known among Marines for its austere conditions, is in for a ten-year $60 million overhaul that will turn it into a modern military installation. (Courtesy of USMC)

The rough-hewn Marine Corps logistics base at Camp Mu Juk in South Korea, long known among Marines for its spartan conditions, is just weeks away from an overhaul that will turn it into a modern, full-status installation over the next decade.

Workers are set to break ground early next month in the first phase of the $60 million project to convert Mu Juk from dirt roads and makeshift buildings to a military installation of paved roads, modern buildings and full-scale water, sewer and electrical systems.

The 84-acre base lies amid the rice fields of rural Ochon, about 20 minutes from Pohang, a seaport on South Korea&#8217;s east coast. It provides sleeping areas, a chow hall and other basic support for Marine units that deploy to South Korea for various training exercises each year.

Some 45 Marines and 25 Navy Seabees are stationed at Mu Juk year-round.

Going forward with construction became possible earlier this month when South Korean and U.S. officials signed the final paperwork changing Mu Juk&#8217;s legal status into that of a U.S. military installation covered by the provisions of the Status of Forces Agreement between the two nations, Chambers said.

For years, the U.S. military lacked the legal arrangements that would have allowed them to make major upgrades at Mu Juk, officials have said. But under the Land Partnership Plan signed in 2002 between the United States and South Korea, Mu Juk was slated for an eventual change in legal status.

At the time, the then-commander of Marine Forces in South Korea, then-Brig. Gen. Timothy E. Donovan, hailed Mu Juk&#8217;s future under the LPP.

The first phase of the Mu Juk construction begins next month and continues through September 2006, Chambers said. It calls for workers to pave Mu Juk&#8217;s roads and erect a three-story building that will house a headquarters and living quarters for 80 enlisted personnel.

The first floor will house the offices of the camp commander and top noncommissioned officer, other administrative offices, a mailroom, conference room and a security office with closed-circuit TV monitors, Chambers said.

Workers also will build a one-story chow hall that seats 110.

Also planned are a water treatment plant, sewage treatment plant, new water and sewage pipelines around the base, and repair or improvement to the perimeter fence. Plans also call for a new gatehouse with modern anti-terrorist devices, Chambers said.

&#8220;They&#8217;re going to completely revamp it, with &#8230; state-of-the-art automatic gates, bulletproof glass, blast-proof doors&#8221; as well as areas set aside for Marines to search suspect vehicles without impeding other traffic, he said.

Eventually, workers also will tear down most of Mu Juk&#8217;s old structures.

&#8220;I would say probably 95 percent of all existing structures that people live and work in are going to be replaced,&#8221; Chambers said.

&#8220;But in the future this whole place is supposed to make a huge turnaround. I was kind of shocked and surprised when I first got here because we seem kind of lost and forgotten out here,&#8221; Rodriguez said.