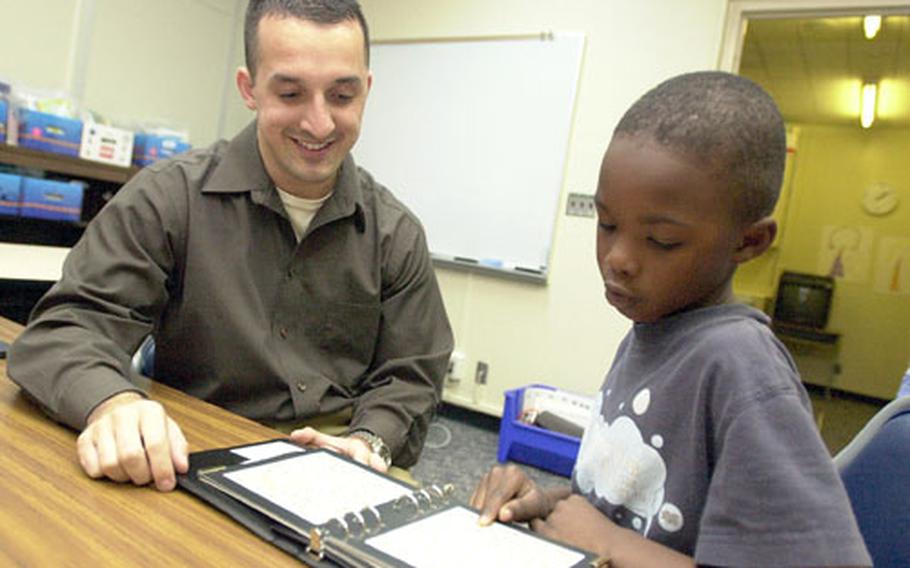 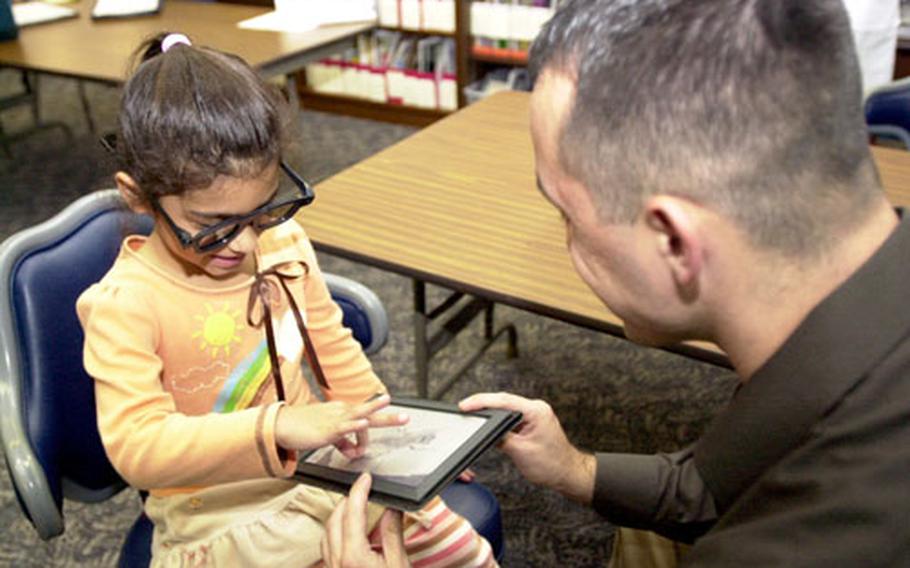 CAMP FOSTER, Okinawa &#8212; Some 550 pupils have been referred for follow-up testing and care after vision and hearing screenings were given to about 2,200 children in 10 Department of Defense Dependents Schools on Okinawa last month, health officials said.

Kindergartners at some of the DODDS schools on the island, and first-, fourth- and seventh-graders at all of them, were screened by optometrists and audiologists from U.S. Naval Hospital Okinawa on Camp Lester and the 18th Medical Group on Kadena Air Base, said Navy Lt. Charles Charbonneau, optometrist at USNH.

Not all students who initially failed the hearing screening needed to seek further care, Taylor said. Some failures were due simply to wax build-up in the ears that needed cleaning out.

When vision problems were found, Charbonneau said, students were referred to either the hospital or clinic on Kadena for a comprehensive eye exam. Taylor said students who failed hearing tests would be rescreened automatically. Those who failed such retesting, she said, would be referred for follow-up care to the Navy hospital&#8217;s Educational and Developmental Intervention Services on Kadena.

Charbonneau said about 25 percent of students who took the vision tests were referred for follow-up care while about 10 percent were asked to seek further care for audiology.

This is the second year doctors have performed the mass screenings at all elementary and middle schools on island, he said, adding that doctors screen every three grade levels to ensure all children are tested at least once during their parents&#8217; three-year tour. Charbonneau said health officials hope to carry on the screenings in future.