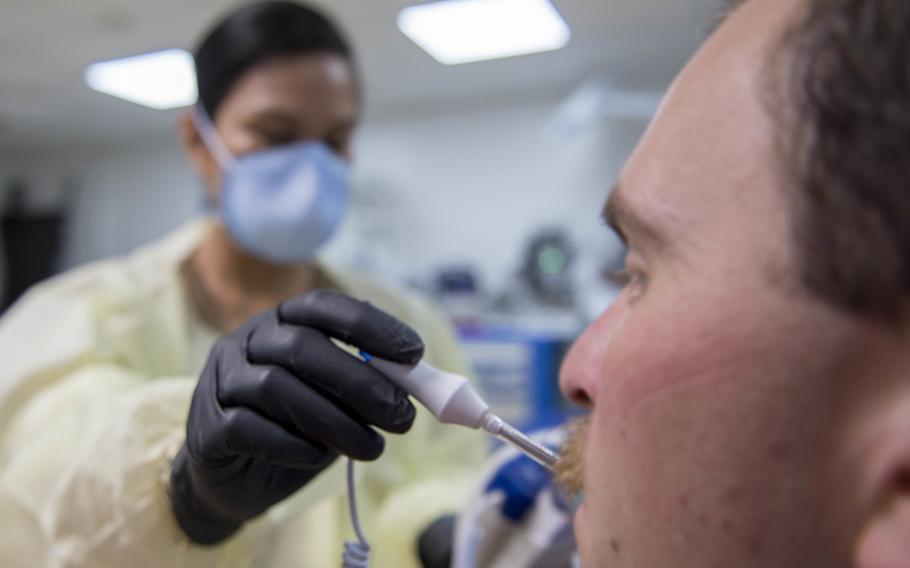 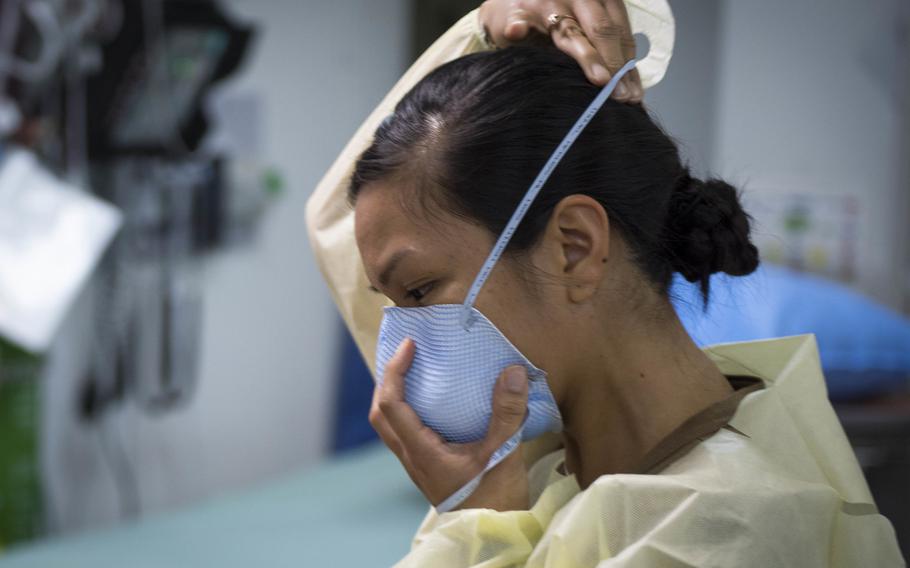 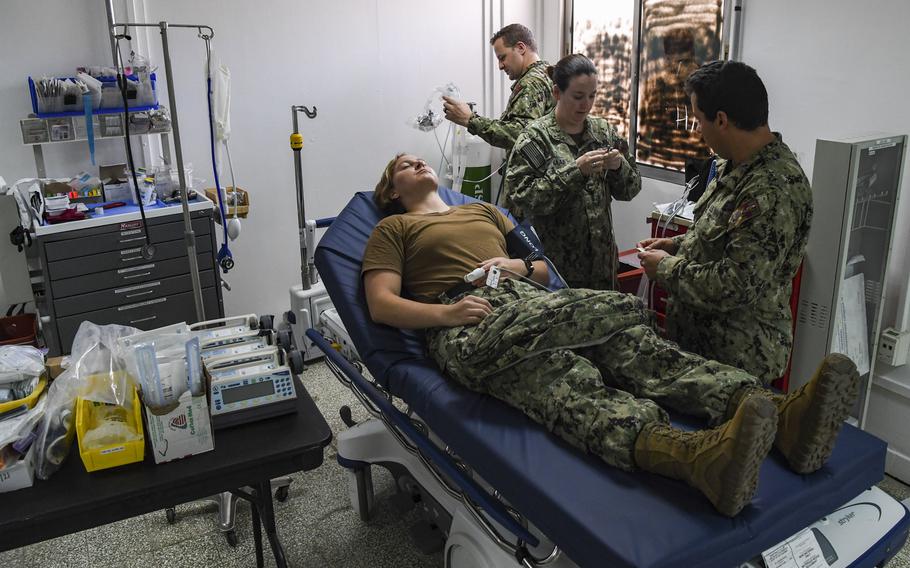 Staff from the Expeditionary Medical Facility demonstrate medical equipment used to stabilize patients at the COVID-19 Intensive Care Unit facility at Camp Lemonnier, Djibouti, April 9, 2020. The COVID-19 ICU is separate from the medical facility to prevent potential cross-contamination of the virus. (Kristen A. Heller/U.S. Air Force) 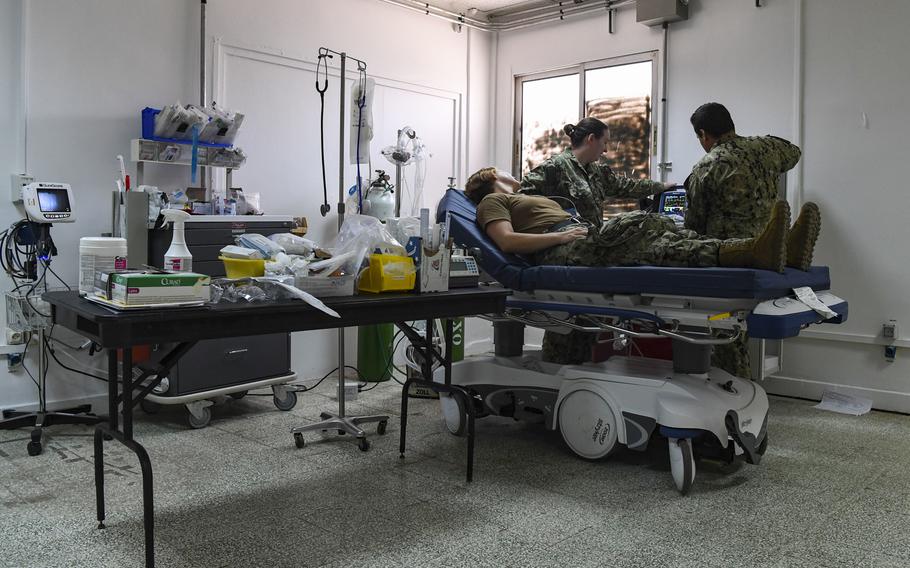 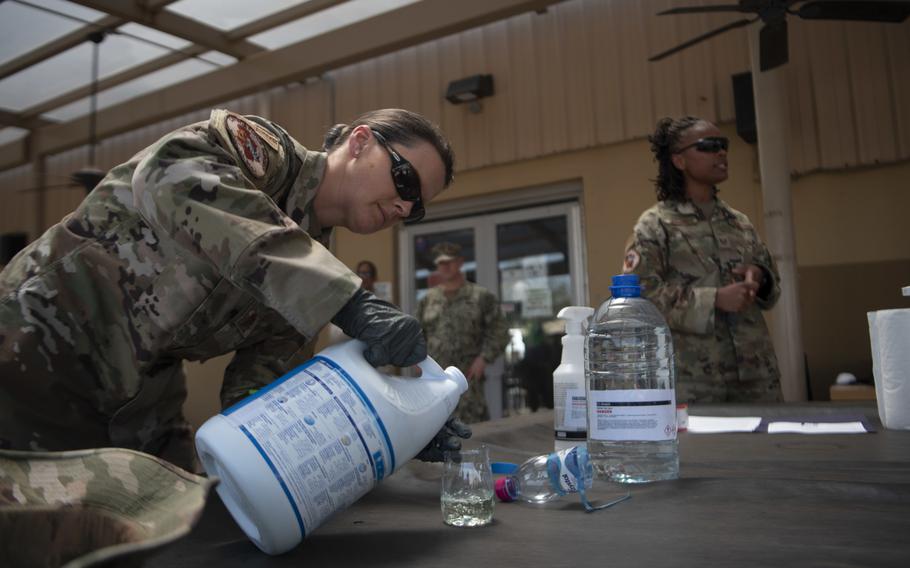 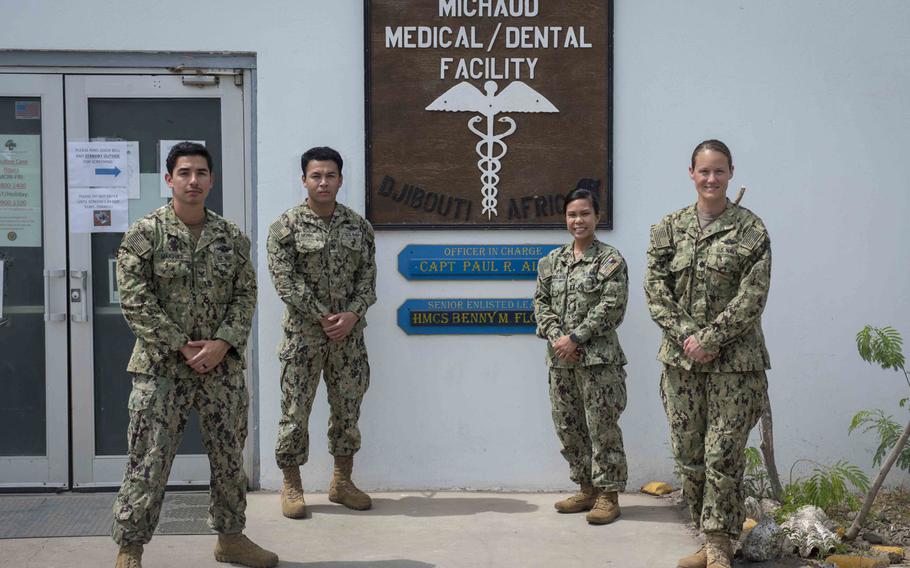 The U.S. military has bolstered a critical hospital in Djibouti as it guards against a potential coronavirus outbreak among troops in East Africa.

Though there are no cases on Camp Lemonnier, where Combined Joint Task Force-Horn of Africa is headquartered, leaders have been ordering measures to protect the force. More than 940 people in the country have tested positive for the virus as of Wednesday.

Within days, the base’s public works department turned a vacant office building into a makeshift 30-bed intensive care unit to care for troops within CJTF-HOA’s vast operating area, a swath of Africa about two-thirds the size of the United States.

“They had the whole thing up and running in just 72 hours, and that was all before COVID even hit Africa,” Navy Capt. Paul Allen, officer in charge of the Michaud Expeditionary Medical Facility, said in a recent CJTF-HOA statement.

Where the ventilation system at the existing 50-year-old hospital building would have recirculated potentially infected air, the new ward’s system allows for separate zones based on exposure risk, Allen said.

The military medical facility is the only one on the continent that provides a higher level of trauma and emergency care than unit-level aid stations. Patients can be stabilized at the facility ahead of medical evacuation to places like Landstuhl Regional Medical Center in Germany.

Allen described it as “at the tip of the spear,” but at the end of the supply and medical evacuation chains.

One contractor who showed coronavirus symptoms had already been evacuated to Germany and later tested positive, officials said last month.

Medics with an Army civil affairs unit on Camp Lemonnier were tapped to help out and other medical personnel at smaller bases in the region have been accredited to work at the hospital, should the need arise.

Allen has also seen the speed of supply deliveries go from up to three months of waiting down to 48 hours or less, he said. They can also test for the disease locally, rather than send frozen samples to Europe aboard an aircraft dubbed “COVID Express,” as they had been doing.

Meanwhile, the base and its outstations have instituted “robust prevention and response strategies,” said Dr. James Eric Bermudez, an Air Force colonel and CJTF-HOA joint force surgeon. That includes shuttering recreation facilities and, in some cases, reducing staffing, the command’s statement said.

As a precaution, Camp Lemonnier has evacuated dozens of troops and other personnel considered at high-risk of COVID-19 complications. Some 1,200 local nationals who work on the base are staying home and others now undergo health screenings at the gates, officials have said.

Last week, military leaders urged contractors to move into temporary on-base housing, warning of further access restrictions to come. As of Wednesday, the number of confirmed cases outside the base’s walls had nearly doubled in less than a week.

But on base, mandated social distancing and proper hygiene appear to be reaping benefits for deployed troops.

“It’s interesting because we see diarrhea spikes and common cold spikes here all the time, and all of our numbers for all those other diseases are way down,” Allen said.