Camp Lemonnier calls on US contractors to leave homes, bunk up on base in Djibouti 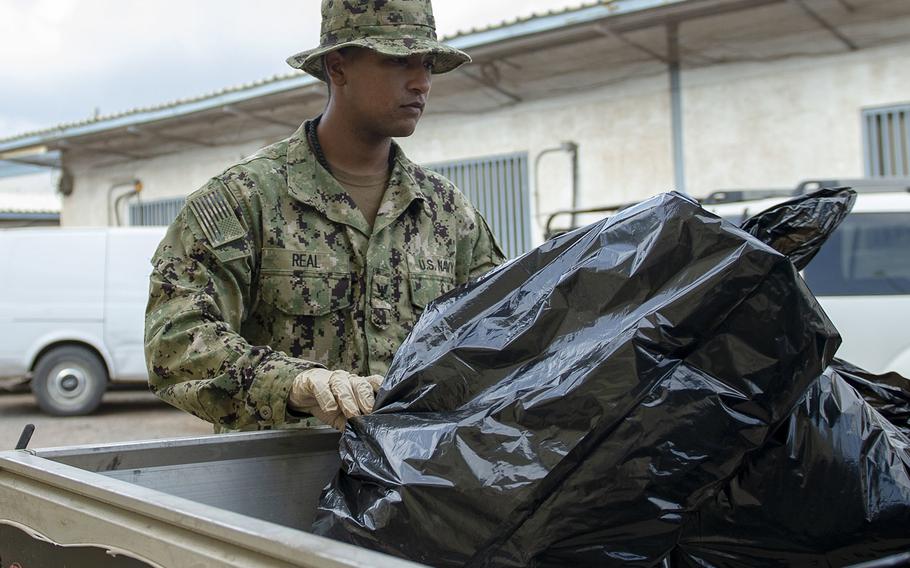 Petty Officer 3rd Class Brian Real dumps trash, as part of one of many additional cleaning teams tasked as a countermeasure to contain the spread of the coronavirus at Camp Lemonnier, Djibouti, April 6, 2020. (Marquis Whitehead/U.S. Navy) Chief Petty Officer Nicholas Niglio dumps trash, as part of one of many additional cleaning teams tasked as a countermeasure to contain the spread of the coronavirus at Camp Lemonnier, Djibouti, April 6, 2020. (Marquis Whitehead/U.S. Navy) 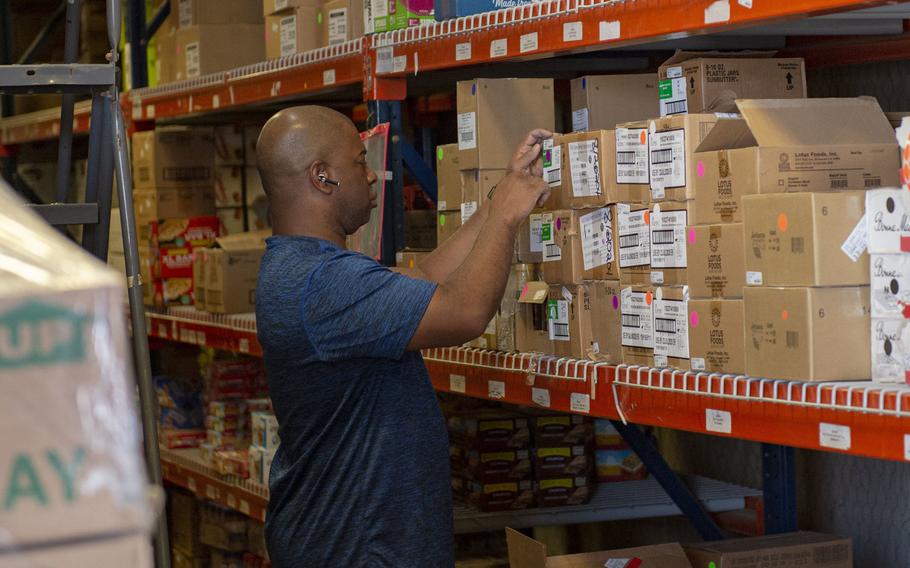 Military officials have flown out scores of personnel from Djibouti’s Camp Lemonnier as a precaution and are urging contractors to immediately move into temporary berthing on base, due to mounting numbers of coronavirus cases in the country.

Home to some 5,500 U.S. military and other personnel, the base began barring hundreds of local workers late last month and evacuated service members and others most vulnerable to the virus.

In Djibouti, 846 people have tested positive and two have died, World Health Organization data showed Monday — an increase of more than 300 positive cases over the weekend.

As new infections increased to an average of 60 a day, military leaders in Africa called on contractors to leave their off-base homes for now.

“To ensure continuation of the mission and access to emergent health care, if necessary, it is imperative that contractor employees take advantage of this opportunity immediately, before further base access restrictions are in place,” said a memo signed by Combined Joint Task Force-Horn of Africa commander Maj. Gen. Michael D. Turello and base commander Navy Capt. Kenneth Crowe on Friday.

But many of the roughly 180 contractors don’t want to move, partly because they’d be forced to live in closer quarters than in their housing about four miles from the facility, a contractor with knowledge of the matter said last week.

“The villas we live in are perfect. Nobody goes out of their rooms. There’s no place to go,” said the contractor, who asked not to be named out of fear of reprisal. “We’re better off where we are.”

Contractors also were afraid that moving would leave many of their residences vulnerable to burglary, while separating a few others from their local families.

They’d been told they would be living two or three to a room and sharing bathrooms, making social distancing difficult, said the contractor, who provided footage of a cramped room with two pairs of bunk beds.

Contractors may have to share a room with one or two others, “just as many of our military personnel do,” base spokeswoman Lt. Jennifer Cunningham said.

Details were being worked out, but health and safety remained “a top priority so we can continue our mission,” she said in an email Monday.

The former French Foreign Legion camp serves as a launchpad for crisis response efforts across the continent and supports counterterrorism efforts in neighboring Somalia and nearby Kenya.

Defense officials became concerned coronavirus had spread from China to Africa in January, after reports of a possible outbreak in Djibouti, where Beijing is heavily involved in infrastructure work and opened its first naval base outside the Pacific in 2017.

The U.S. base told some 1,200 local nationals to stop reporting for duty on base March 22, Cunningham said. Those living on base have largely been restricted from leaving if they don’t have an official reason, she said.

Base entry has been subject to added screening, which along with social distancing and “enhanced hygiene” have curbed the spread of the virus, the commanders’ memo stated.

There are currently no cases at Lemonnier, the memo stated. But Crowe said in a video last month that a contractor who had been evacuated to Germany with symptoms of the disease later tested positive.

“So it’s around here. Question is, is it still on base?” he said.

Officials sent home some 170 service members and others who were at high risk from the disease, such as those with existing medical conditions, or who were nearing the end of their deployments, CJTF-HOA spokesman Capt. Scott Rye said.

The precautionary evacuation freed up space for medical isolation, he said in an email. A vacant office building was also converted into an intensive care unit and 30-bed ward, he said.

The quarantine areas were clearly marked and roped off from the general population, Cunningham said.

Off base, authorities closed the international airport to passenger flights, and nearly all businesses were closed. Security forces had been posted at intersections to limit movement, the contractor said.

“This might be one of the safest places in the world to really be at this time,” he said.

The U.S. installation has also become something of a “ghost town” in recent weeks, with gym facilities and small eateries closed, he said.

The shortage of local workers forced hours to be cut at the Navy Exchange, Crowe said in a recent video. But military volunteers have taken on extra duties such as stocking shelves, collecting trash around base and sanitizing common areas, he said.