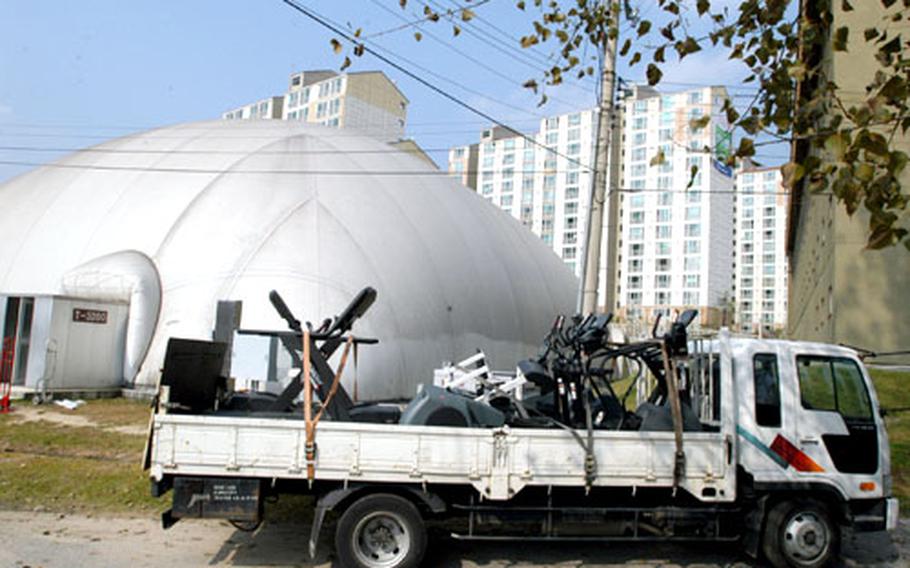 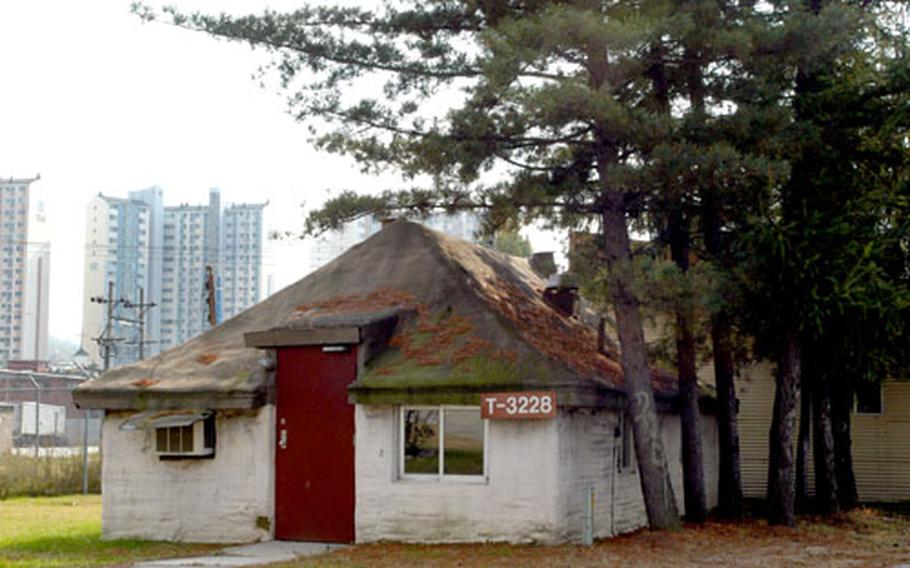 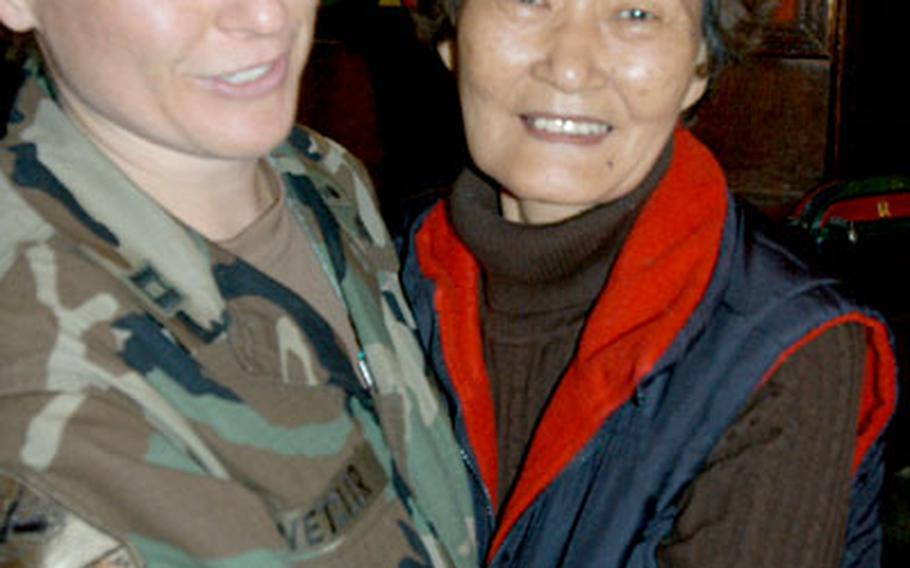 The base is one of several Area I facilities that will be turned over to the South Korean government next year. Uijeongbu City, which surrounds many of the bases, plans to turn Camp Kyle into an administrative center.

Kim, who was separated from her family in Taegu during the Korean War and reunited with them 15 years ago, said she regarded the soldiers she served at Camp Kyle as her sons and daughters.

U.S. soldiers have changed a lot over the years, Kim said.

&#8220;In the past soldiers got drunk and looked for fights, but now everyone is a gentleman. They are nice now,&#8221; she said after hugging the last Camp Kyle commander, Capt. Bridget Wetzler, 30, of the 61st Maintenance Company.

Wetzler, a native of Lakewood, Wash., said her unit worked with officials to get Kim the Leaders Club job so she could come to Camp Stanley with them.

Over the past 45 days the 61st, which services wheeled and tracked vehicles and provides other maintenance and supply services to Area I, has moved 210 soldiers and more than 200 vehicles and pieces of equipment to Camp Stanley, she said.

Camp Kyle was named after 2nd Lt. Darwin Kyle, who received the Medal of Honor after being killed in action during the Korean War. He was with Company K, 7th Infantry Regiment, 3rd Infantry Division near Kamil-ni on Feb. 16, 1951, when he died.

The camp, sandwiched between a steep mountain range and towering South Korean apartment blocks, was virtually empty Wednesday, with only a few workers left removing equipment.

The 61st was the last unit stationed at Camp Kyle, after the 473rd Quartermaster Company deployed from there to Iraq with the 2nd Infantry Division&#8217;s 2nd Brigade Combat Team last year.

The 61st soldiers were sad to leave Camp Kyle, which included a chapel, barbershop, KATUSA (Korean Augmentee to the U.S. Army) Snack Bar, dining facility and gymnasium. But they will enjoy interacting with other units and using the facilities at Camp Stanley, including the movie theater, commissary, Morale, Welfare and Recreation facilities and education center, Wetzler said.