The Camp Kinser, Okinawa, Young Marines march down Day Drive in the Camp Kinser Christmas parade on Friday. The parade was followed by the annual tree-lighting ceremony. (Photos by Cindy Fisher / S&S)

The Camp Kinser, Okinawa, Young Marines march down Day Drive in the Camp Kinser Christmas parade on Friday. The parade was followed by the annual tree-lighting ceremony. (Photos by Cindy Fisher / S&S) 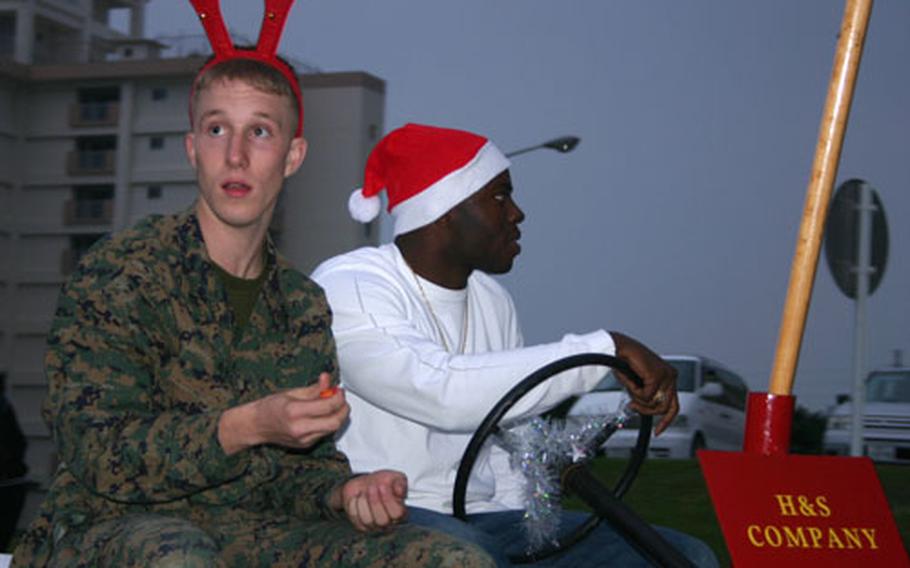 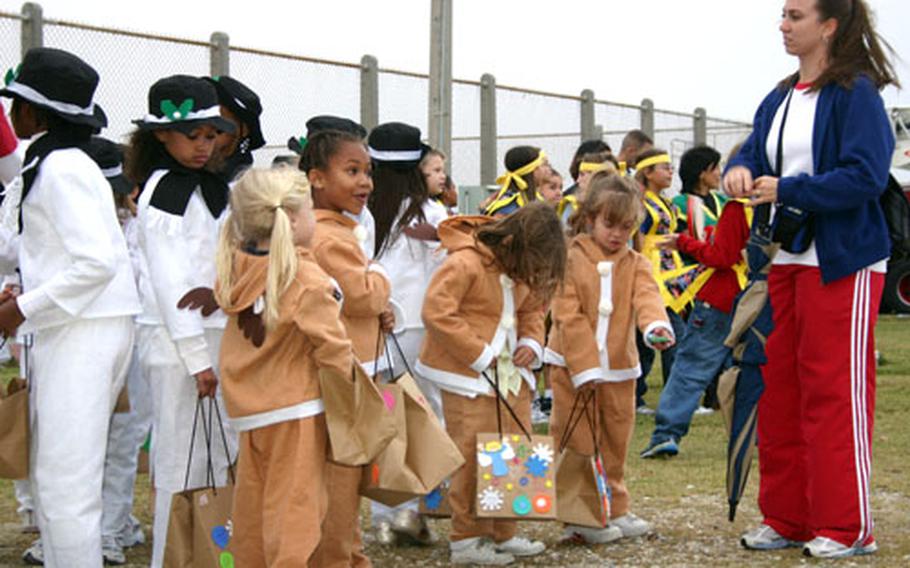 A Camp Kinser, Okinawa, Daisy troop, dressed as reindeer, and a Brownie troop, dressed as snowmen, gather Friday for the start of the Camp Kinser Christmas parade. The two troops threw candy and holiday greetings as they walked from the field near Kinser Elementary School along Day Drive to Roberts Field. () From left, Marquis Dickerson, 10, Kylie Arbini, 7, and her sister Kayla, 11, scramble for candy thrown from floats in the Camp Kinser, Okinawa, Christmas parade along Day Drive on Friday. () 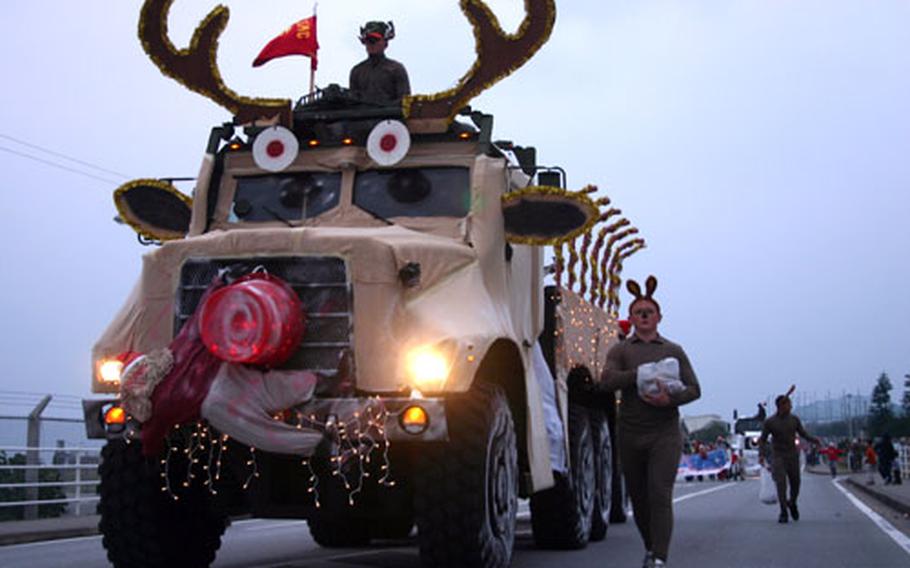 Marines of Headquarters Company, Combat Logistics Regiment 37, throw candy from their "Grandma Got Run Over by a Reindeer" float during the Camp Kinser, Okinawa, Christmas parade Friday. Sgt. Cody Perry said the float was his idea and it took the unit about three weeks to turn the up-armored 7-ton truck into a reindeer. "It was definitely worth it," he said. The float won third place. ()

Children darted about the sidewalks to catch candy thrown from Humvees decked out in festive lights, an up-armored 7-ton truck masquerading as a reindeer and other military vehicles dressed in holiday cheer.

After the parade, which started near Kinser Elementary School, a crowd of about 400 gathered at Roberts Field. There, Kinser Elementary students sang Christmas songs, judges announced the top four floats, and the Christmas tree lights were turned on for the holiday season.