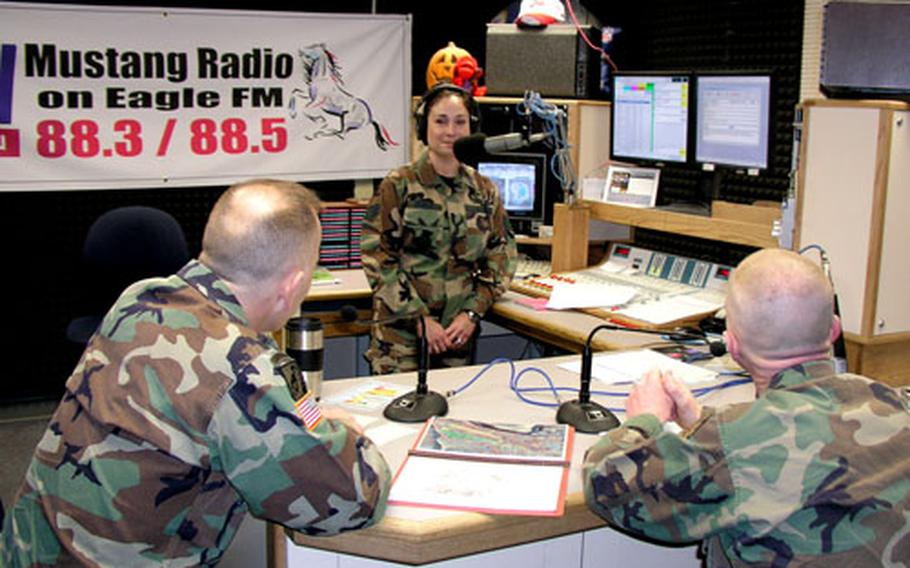 There was no call-in portion on the debut show. Instead, Army Col. Michael J. Taliento Jr., Area III Support Activity commander, and Area III Command Sgt. Maj. Robert Frace, gave listeners a rundown of topics, including the U.S. military&#8217;s plans to transform Camp Humphreys into its premier installation in South Korea by 2008.

Taliento said he plans to update listeners on important Area III matters, bring on guests to talk about key issues and concerns and field calls from servicemembers and others in Area III.

Taliento told the audience that USFK commander Gen. Leon J. LaPorte has said &#8220;we have a chance &#8230; to do it right the first time and he has provided very clear guidance to the engineers, to the master planners, to ensure that the facilities, the families, the soldiers, have what they need to train, have what they need to prepare to fight tonight, and at the same time have a measure of living and &#8230; quality-of-life standards that are exceptional.&#8221;

Taliento and Frace acknowledged that construction at Camp Humphreys can be noisy and inconvenient and that some improvements will be gradual.