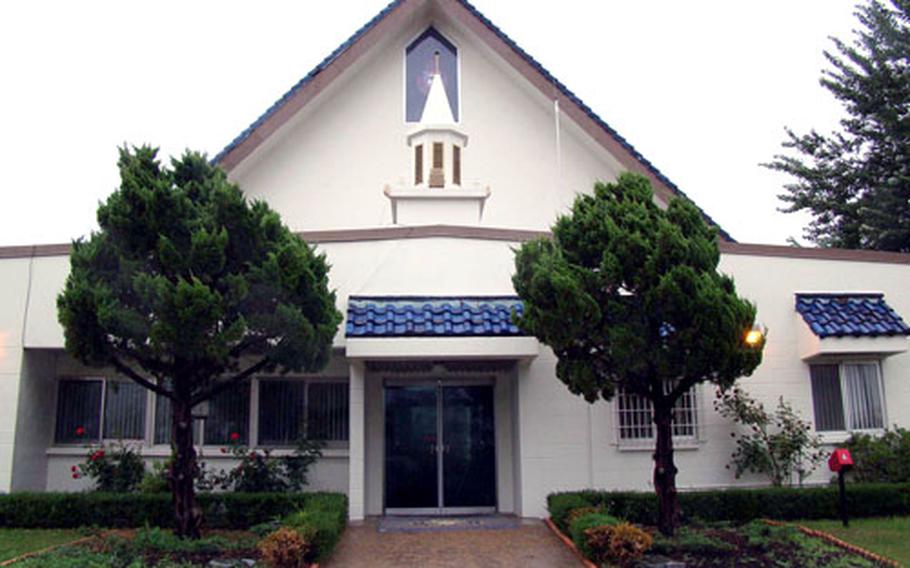 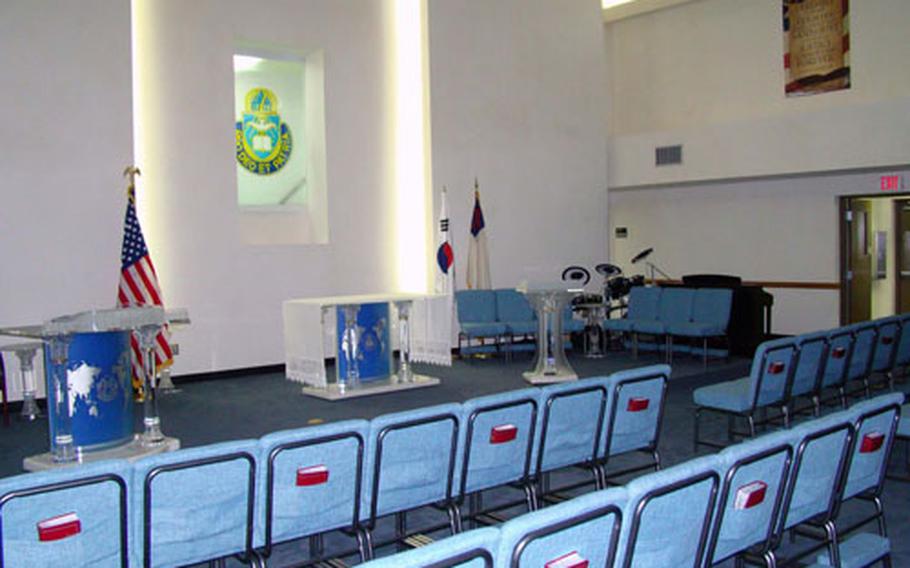 Inside the sanctuary of the Freedom Chapel. (Ken Hall / U.S. Army)

PYEONGTAEK, South Korea &#8212; Work to restore the fire-damaged Camp Humphreys chapel is nearly complete, and the building will reopen for religious services this Sunday.

The Freedom Chapel sustained extensive damage Christmas night when a candle left burning in the center of a wreath burned down and ignited the wreath, touching off a blaze that swept through the main sanctuary.

The flames consumed the piano, pews, rugs and other furnishings, and burned the walls down to their cinder block cores.

"There was plenty of fuel there," said Robert H. McElroy, spokesman for the U.S. Army Garrison-Humphreys. "There were banners on the wall, wreaths, Christmas decorations ... A lot of that stuff being plastic, just burns quite well."

Including smoke and water damage, the loss totaled $513,000.

Since the fire, worship services have been held in the post&#8217;s Super Gym.

"Basically we went in, gutted the building, cleaned up all the smoke damage, and the main chapel area we took down to a shell," said Mark Cunningham, chief of contract administration and construction inspection with the garrison&#8217;s public works department.

When the chapel reopens for services this Sunday, worshippers will see several new and different features.

Wooden pews have been replaced with individual padded seats with kneelers, and can be linked in rows. New pulpit furniture also was installed.

And the chapel has a new piano, organ, electric drum set, and a new audiovisual system with wireless mikes and dual-screen projection capability.

The restoration work cost about $483,000, Cunningham said. New furnishings and other features were bought with a $155,000 grant from the Army&#8217;s Chief of Chaplains, McElroy said.

The first services will be the Catholic Mass at 9 a.m. and the combined Protestant service at 11 a.m.