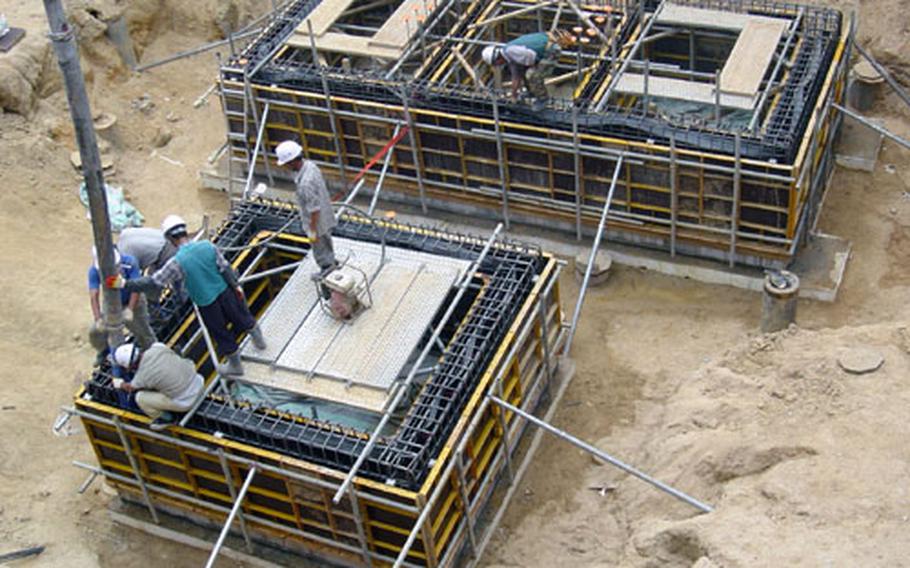 At Camp Humphreys, South Korea, workers pour concrete late last month in what will become elevator shafts of an eight-story family housing tower, one of two slated for construction at the site. (Courtesy of U.S. Army)

At Camp Humphreys, South Korea, workers pour concrete late last month in what will become elevator shafts of an eight-story family housing tower, one of two slated for construction at the site. (Courtesy of U.S. Army) 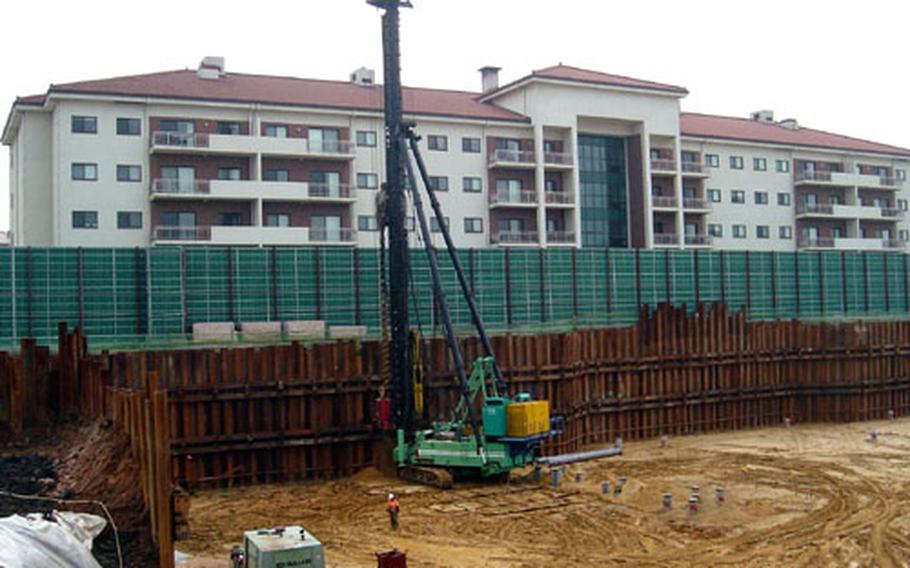 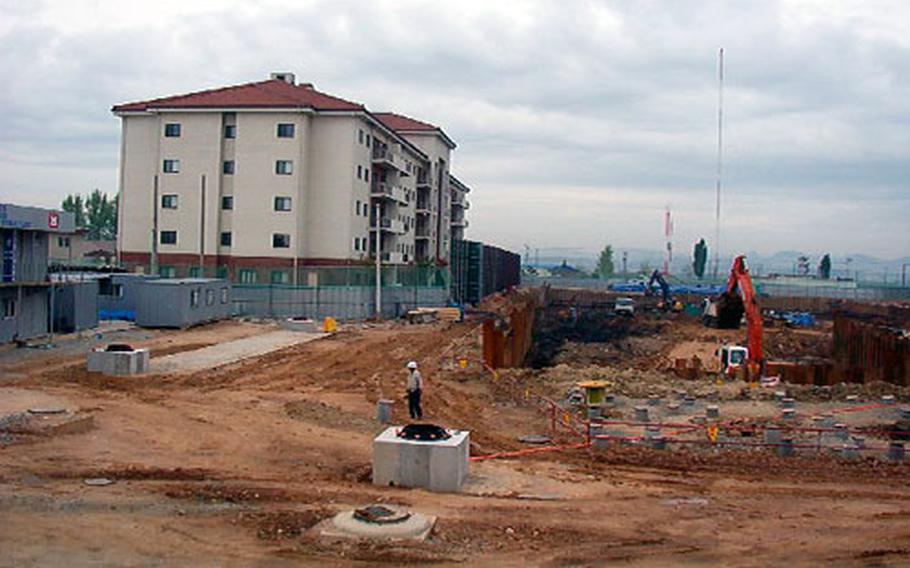 Workers digging at the site of a family housing complex going up at Camp Humphreys, a U.S. Army helicopter base in Pyongtaek, South Korea. Families last September moved into the building at left, the first of three that will eventually stand at the site. (Courtesy of U.S. Army)

As part of a broader initiative to build up the Camp Humphreys infrastructure and ready it to serve as a major military hub in central South Korea in coming years, the U.S. Army is building a new eight-story apartment building.

The circular eight-story tower marks the second phase of a planned three-building complex for military families.

Workers also are building a two-level underground parking garage at the site on the southern portion of Camp Humphreys, a 1,230-acre U.S. Army helicopter base in Pyongtaek 45 miles south of Seoul.

The project&#8217;s remaining stages &#8212; two apartment towers, a garage and related work &#8212; are estimated to cost $40.7 million and are to be completed by December 2006, officials said. Under the first phase, the Army last September opened a five-story, 52-apartment, three-elevator building at the site. The second phase calls for building the first of two identical eight-story buildings, each with 48 apartments and three elevators. Construction on the first tower and the 220-space parking garage began in January. Both are to be completed by January 2005.

The United States and South Korea agreed the Army will shift the 7,000 troops from Yongsan Garrison in Seoul to the Pyongtaek region by 2007. That move is part of a still-larger plan under which the U.S. military will reposition its forces in South Korea in coming years.

Living rooms and hallways will have hardwood floors and rooms will be wired for phone, Internet and cable television, Reiff said.

Elevators in the two eight-story buildings will run to the underground parking garage, Reiff said. Residents in the existing five-story structure also will be able to reach the garage by elevator but will have to walk from the lobby to an elevator just a few yards outside the front entrance, he said.

The Pumyang Construction Co. Ltd., of Seoul, is doing the work under contract with the U.S. Army Corps of Engineers.