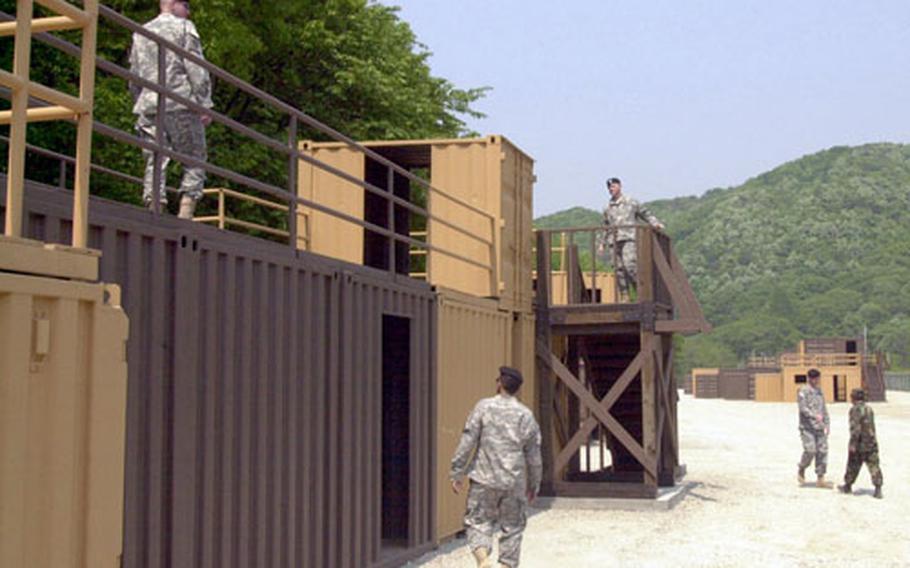 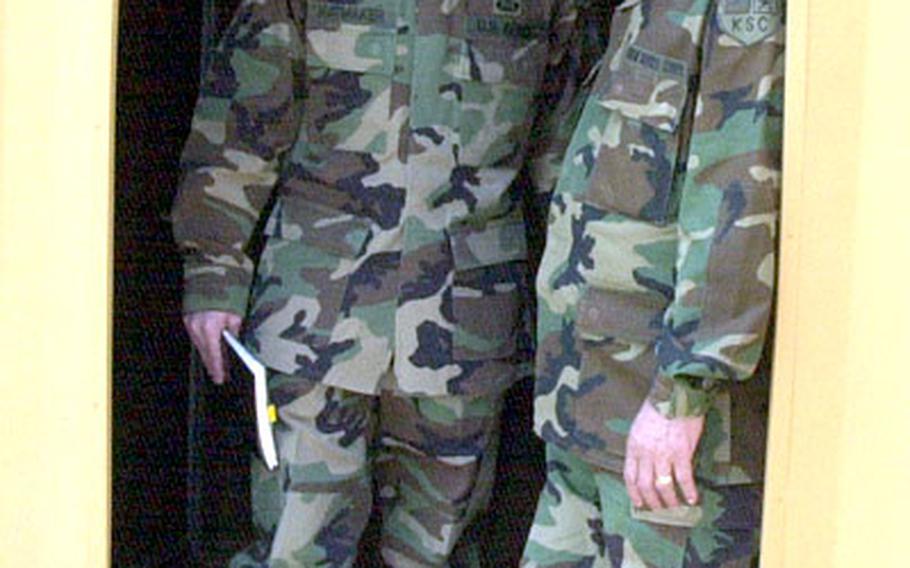 Until now, units practicing urban training had to train in the field at Rodriguez Range, about 40 minutes north of camps Casey and Hovey in Dongducheon.

The six blocks replicate village residences, an office building and a city center with a town hall. Abandoned vehicles and other clutter will be added in the near future for authenticity, officials said.

Army soldiers and the 2nd Korean Service Corps Company completed the facility for less than $30,000, officials said. KSC workers gathered the materials from closed bases all over the peninsula. Furniture destined for landfills was used for some of the mock residences.

Brig. Gen. Joseph Martz, assistant division commander (maneuver), said the site compared favorably with a larger urban complex at the National Training center at Fort Irwin, Calif. The bill for that completed site, including the cost of materials from contractors: $6 million.

The ability to enter and clear buildings has become a top U.S. military priority since the war on terrorism began, Martz said. The new complex will give soldiers based near Camp Hovey the ability to practice those skills without sleeping in the field.

Soldiers and Korean Service corps members began building the project in October. The project was put on hold in February so that the corps could paint the crates after winter passed.

Units already have signed up to use the training site next month.

The complex is designed with narrow alleyways and other challenging features but with safety in mind, officials said. For example, the staircases can support two soldiers in full gear while they evacuate a wounded soldier.