Camp Henry hustles to get public works office back up 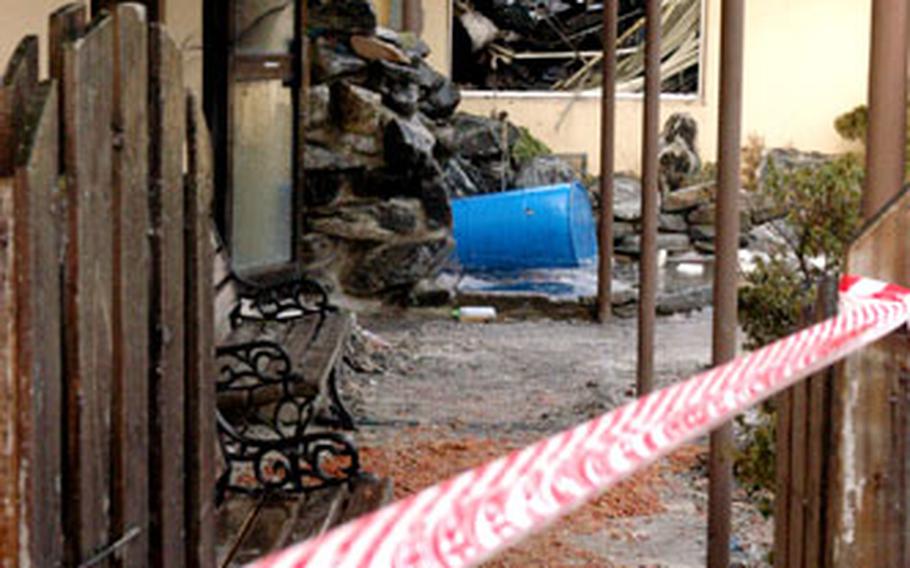 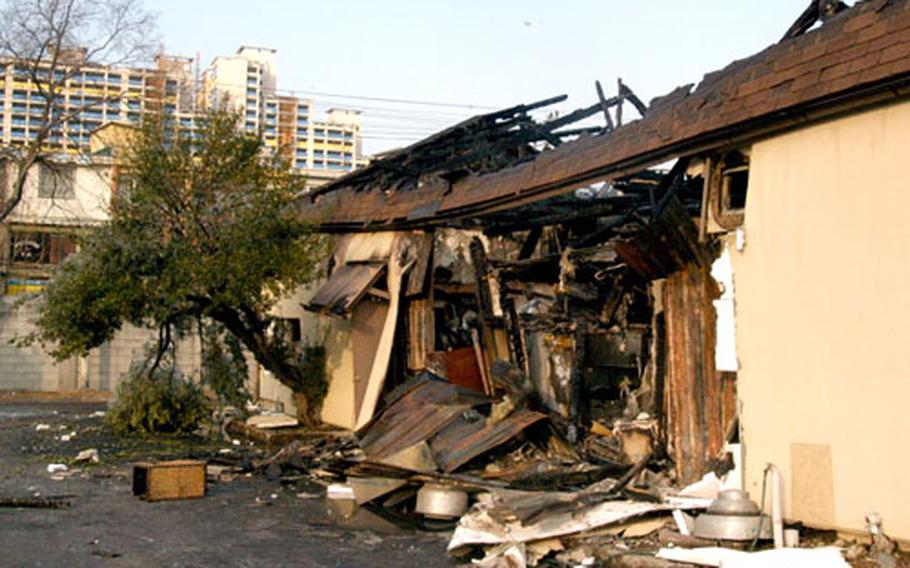 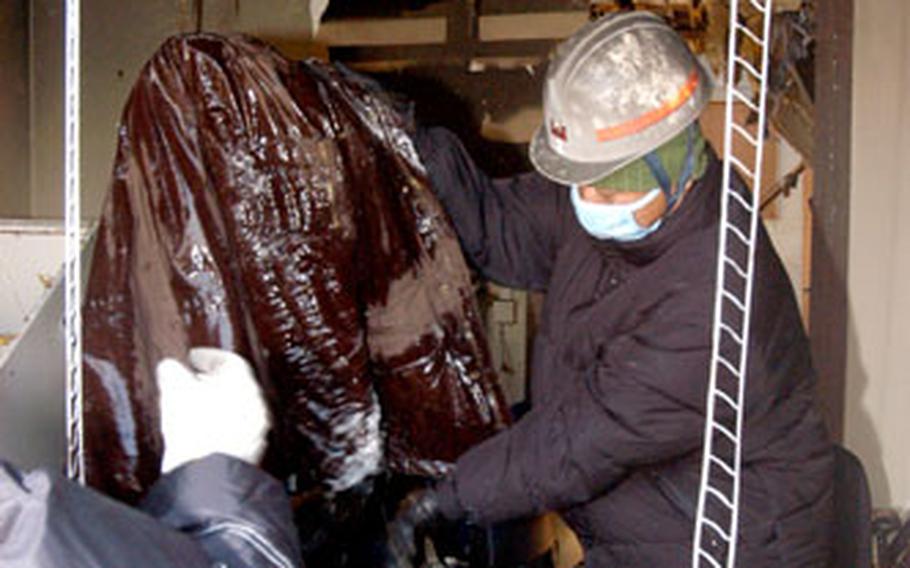 PYEONGTAEK, South Korea &#8212; Workers at Camp Henry in South Korea were busy Friday fixing up interim offices for the Area IV public works department after a fire gutted the building that had served as the department&#8217;s main office.

One South Korean firefighter injured his ankle in Thursday morning&#8217;s blaze but no other injuries were reported.

The fire remains under investigation, according to officials at the Area IV Support Activity at Camp Henry.

Area IV public works chief James C. Hamilton said he hopes to have his department back in operation next Tuesday from its interim location in Building 1369.

&#8220;I expect to be in this temporary location for an extended period of time,&#8221; Hamilton said Friday.

&#8220;We got new computers put together on our desks. We&#8217;re in the process of getting the land lines hooked up, and for that we are very appreciative of the signal community.&#8221;

The department will be assigned the same phone numbers in the new location that it had in the old.

&#8220;And we are salvaging what we can out of our own building, going through that methodically, being aware of the dangers &#8212; that the remaining parts of the roof may collapse,&#8221; Hamilton said. &#8220;&#8230; We&#8217;ve brought in some tables and chairs from the Area I directorate of logistics so we&#8217;re working in kind of field conditions right now, just regular green Army folding tables and chairs.&#8221;

Officials will visit the Army&#8217;s Area I north of Seoul next week to hunt for used office furniture from military installations that have closed, Hamilton said.

The fire displaced 37 employees, he said. Of those, 34 will work in the new location. Three others will move to the department&#8217;s operations maintenance division at nearby Camp Walker, he said.

Despite the fire, most day-to- day public works services will continue because many of them were provided out of the department&#8217;s Camp Walker offices, Hamilton said.

&#8220;Right now, operations and maintenance shops, carpenter&#8217;s shops, heating shop, plumbing shop and all the others are still functioning because they were in a different building, actually on Camp Walker,&#8221; he said.

Also still functioning were the housing division and fire department.

But environmental services and master planning would be &#8220;on hold&#8221; until the department settles in at its new location, Hamilton said.

Base activities otherwise had returned to normal as of Friday, said Area IV spokesman Galen Putnam.