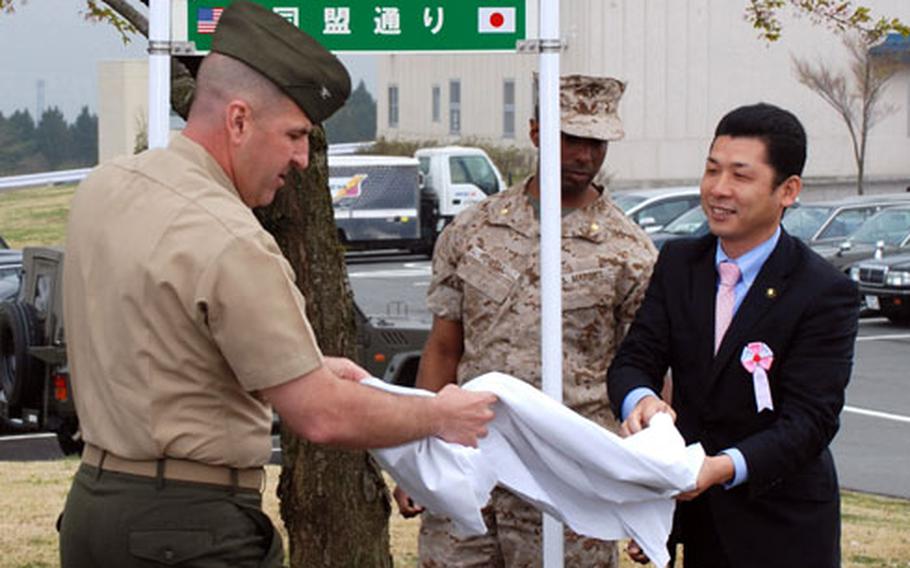 Alliance is indeed the way.

A previously nameless Camp Fuji street can now serve as a reminder of that for the Marines and visitors from the surrounding community.

More than 60 Japanese guests came to Fuji on Friday for the official naming of "Alliance Way," a heavily trafficked street between the exchange and barracks. Among those on hand to help cut the ceremonial ribbon were Gotemba City Major Yohei Wakabayashi and Col. Kiyotoshi Nakatsu, commanding officer of nearby Takigahara Garrison.

Camp Fuji commanding officer Col. Robert Golden said that when he arrived last year, he noticed the street was missing an identity.

He said he saw it as an opportunity to make a lasting statement by putting up a street sign honoring the close ties between the nations.

Alliance Way is written in English on one side and Japanese kanji on the other. It also has small illustrations of U.S. and Japanese flags.