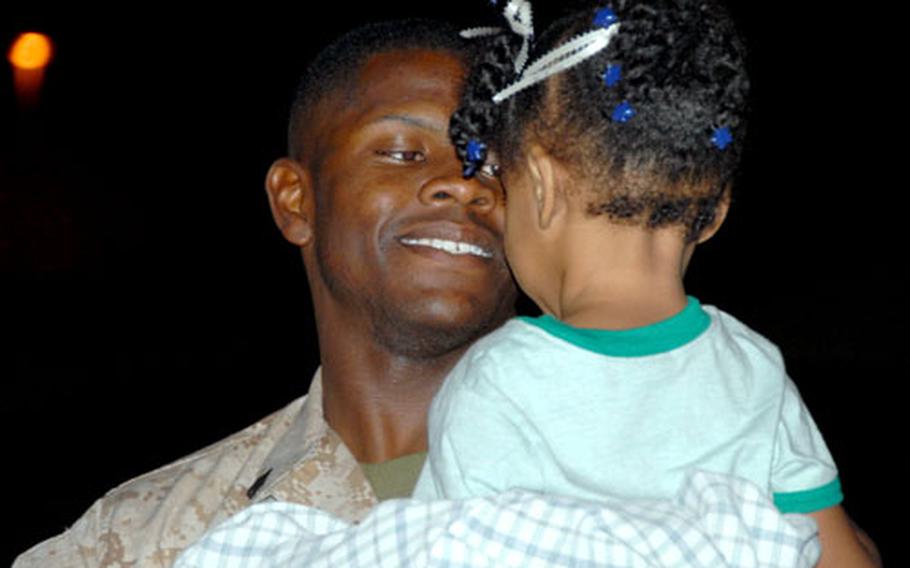 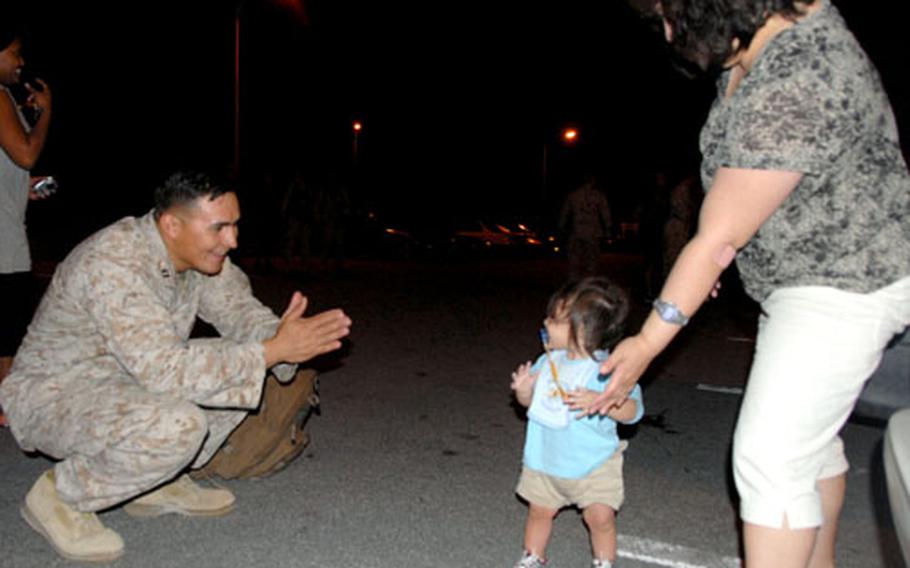 Capt. Ronney Herrera cheers on his one-year-old son as he watches him walk for the first time. His wife, Rae Herrera, right, sent him a photo almost every day of his son, who was only four months old when Herrera’s unit deployed to Iraq. (Megan McCloskey / S&S)

The Marines were supposed to return either Friday or Saturday, but Typhoon Shanshan delayed their arrival back at the company&#8217;s barracks until shortly after 3 a.m. Monday.

&#8220;The time changed five or six times. They need to start scheduling these typhoons,&#8221; joked Somika Carr, who along with her two children was there to greet husband Sgt. Willie Carr.

She and the other eager family members quietly awaited the Marines in the parking lot of the barracks, with some of the younger ones crashed out in the back seat of cars until the big moment.

&#8220;The anticipation is a killer,&#8221; Shelia Gray said shortly before the bus pulled up with her husband, Staff Sgt. John Gray, and the other Marines.

For Sgt. Angeli Ortiz, who returned from Iraq earlier with the first contingent of the battalion, the last 10 days awaiting her husband&#8217;s arrival with the second contingent felt especially long and the anticipation was too much for her to sleep Saturday night.

She served in Asad as a security commander, while her husband and the other returning Marines, who dealt primarily with convoys and did resupply missions, were attached to Combat Logistics Company 115 in Fallujah, Iraq.

Herrera, who was in Iraq during the initial invasion in 2003, said although there are still a lot of challenges to be faced, Fallujah has come a long way.

Cpl. Joel Trevino said he was glad to be back and was looking forward to spending time with his buddies before rotating to a new duty station next month &#8212; but he added he would be proud to go back to Iraq.