Camp Foster's Oktoberfest was fun for all ages 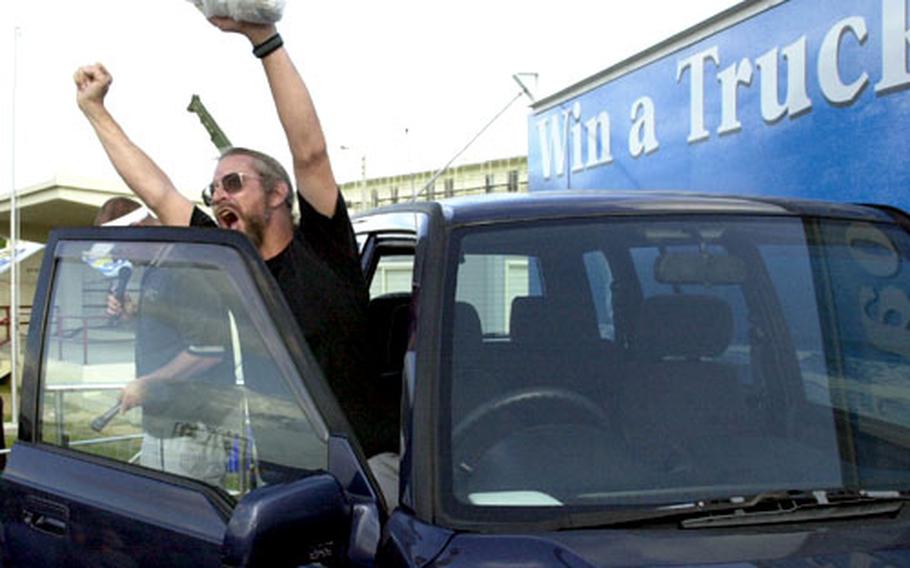 Troy McClain celebrates after winning a 1996 Suzuki Escudo Saturday during Oktoberfest at Camp Foster, Okinawa. He said he was thrilled with the win, especially since he has been thinking of purchasing a new car. (Fred Zimmerman / S&S)

Troy McClain celebrates after winning a 1996 Suzuki Escudo Saturday during Oktoberfest at Camp Foster, Okinawa. He said he was thrilled with the win, especially since he has been thinking of purchasing a new car. (Fred Zimmerman / S&S) 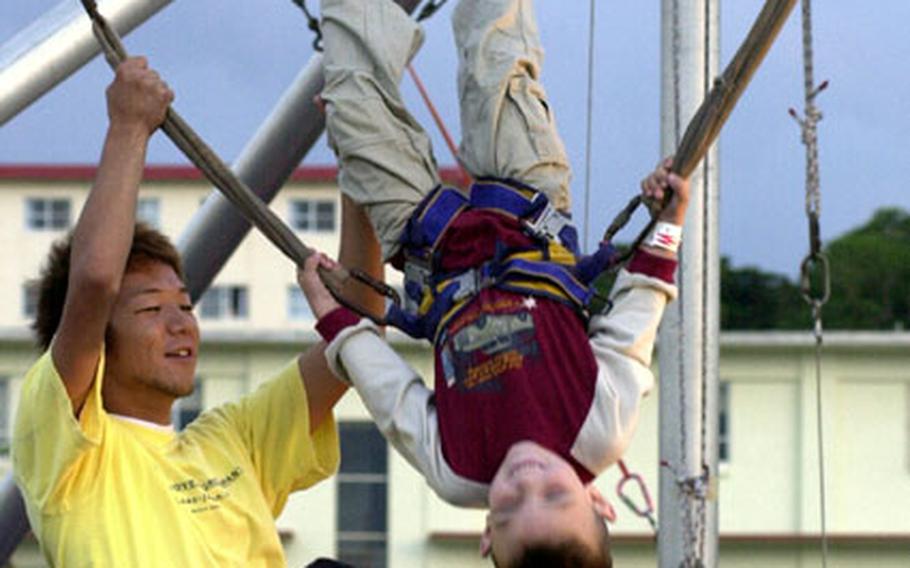 CAMP FOSTER, Okinawa &#8212; The gates of Camp Foster were open to all as Marine Corps Community Services held its annual Oktoberfest celebration here Saturday and Sunday.

The festival was a chance for thousands of servicemembers and their families to get together with Okinawans for food, fun and entertainment.

In true Oktoberfest style, there was plenty of good food &#8212; and beer. Festival goers could fill themselves with everything from hamburgers and hot dogs to bratwurst and Okinawan fare.

While there was plenty of good German beer on hand for the adults, the children had their attractions as well. A kids&#8217; area containing large inflatable slides and lots of moon bounces was on hand, and for the more adventurous children, a rock climbing wall and four bungee trampolines also were available.

Fun for both young and old could be had at the various game booths on hand. Balloons were popped and rings were tossed for prizes &#8212; no one seemed to walk away from any booth empty-handed.

One person at Oktoberfest left with a prize, but he didn&#8217;t walk away with it, he drove.

Troy McClain was the lucky winner of a 1996 Suzuki Escudo, which was given away by MCCS and BC Used Cars. During the kickoff of Saturday&#8217;s events, 15 people who won chances to start the car received a key.

A second chance proved lucky for McClain, whose key started the vehicle.

McClain said his prize was perfectly timed, as he was thinking recently of purchasing a new car.

On Sunday, Soul&#8217;d Out once again was to get things going in the afternoon, followed by Plunge and SR-71. Escovedo Project was slated to wrap up this year&#8217;s festival.