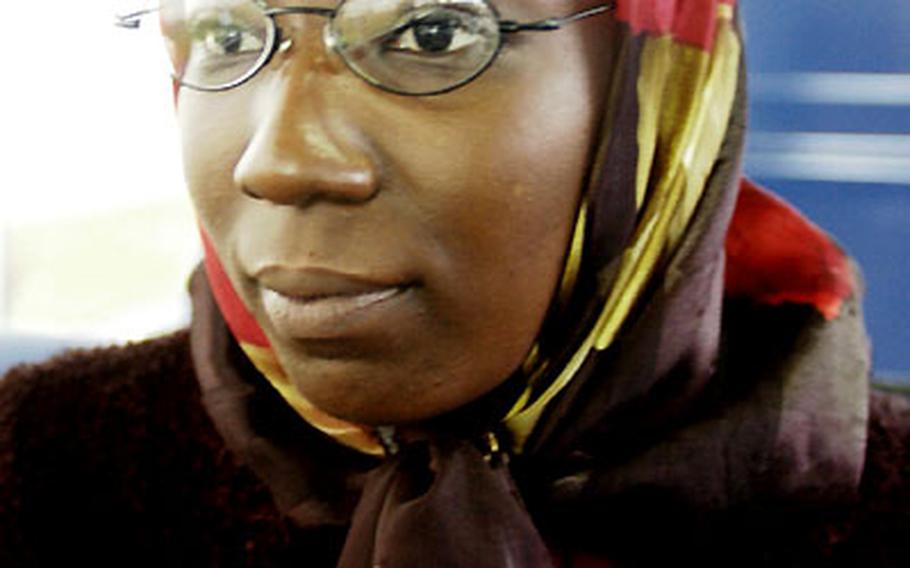 Astara James as Mrs. Rosa Parks during the re-enactment of the Montgomery bus boycott at Camp Foster. (Mark Rankin / S&S)

Astara James as Mrs. Rosa Parks during the re-enactment of the Montgomery bus boycott at Camp Foster. (Mark Rankin / S&S) 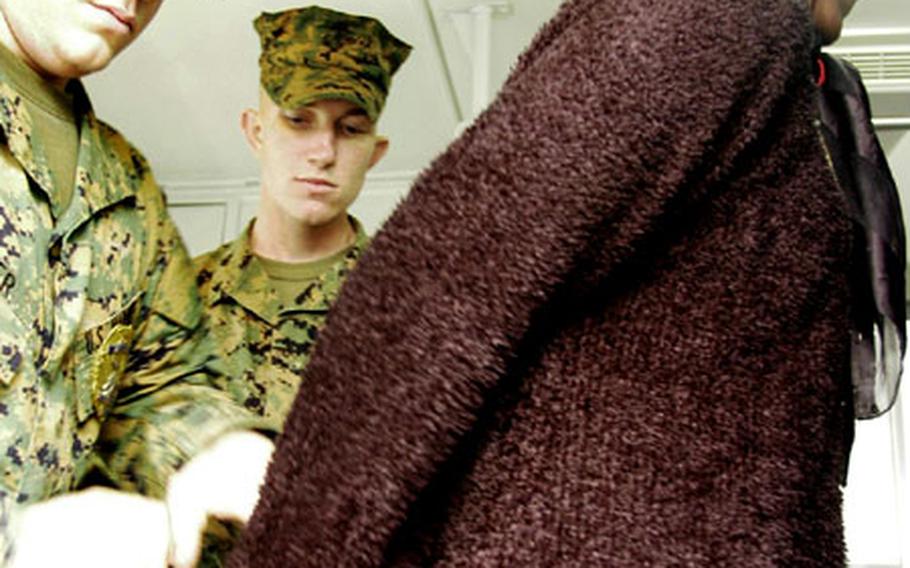 Astara James, as Rosa Parks, is led off a bus by Camp Foster security personel, playing the part of Montgomery police, during the re-enactment at Camp Foster. (Mark Rankin / S&S) Brig. Gen. Kenneth J. Gluek Jr. remarked that King is a hero and described him as a &#8220;man in the arena,&#8221; while highlighting King&#8217;s travels, appearances and personal achievments.

King &#8220;was an American who dedicated his life to the country he loved and righting the wrongs of generations bound by racial prejudice,&#8221; Gluek said. &#8220;Martin Luther King understood the triumph of high achievement. He was instrumental in sweeping changes in American law and policy that discriminated against fellow citizens because of the color of their skin.&#8221;

About 50 people, including Marines and their family members, damp from a light rain, learned about a pivotal civil rights event in which a black woman was arrested for refusing to give up her seat to a white passenger in Montgomery, Ala., on Dec. 1, 1955. The arrest sparked the &#8220;Montgomery Bus Boycott,&#8221; in which the city&#8217;s black residents refused to use the bus system for more than a year.

During the re-enactment, Thomas Ramer, from Birmingham, Ala., played the bus driver, who called base security officials to take Rosa Parks, played by Astara James, from the bus.

&#8220;This has truly opened my eyes,&#8221; said Ramer, adding that Parks had the courage to stand up, by sitting down, during segregation.

Many people still have the misconception that King was only interested in helping blacks and civil rights. &#8220;He was definitely focused on the betterment of the American society in whole,&#8221; Simmons said.