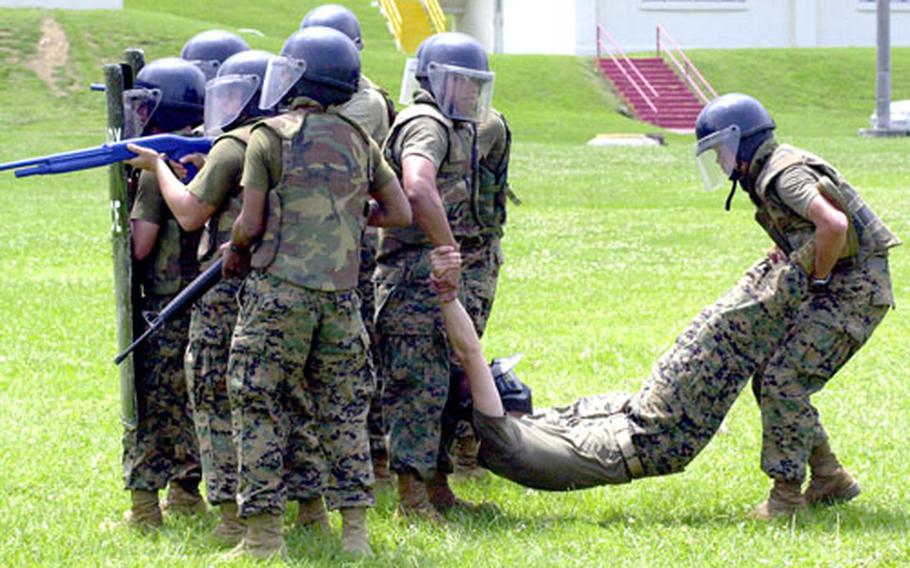 A react force of Marines protect and carry off an injured “rioter” during Auxiliary Support Force training on Camp Foster on Thursday. The force, made up of Marines from various camp units, is designed to support camp security when called upon. (Fred Zimmerman / S&S)

A react force of Marines protect and carry off an injured “rioter” during Auxiliary Support Force training on Camp Foster on Thursday. The force, made up of Marines from various camp units, is designed to support camp security when called upon. (Fred Zimmerman / S&S) 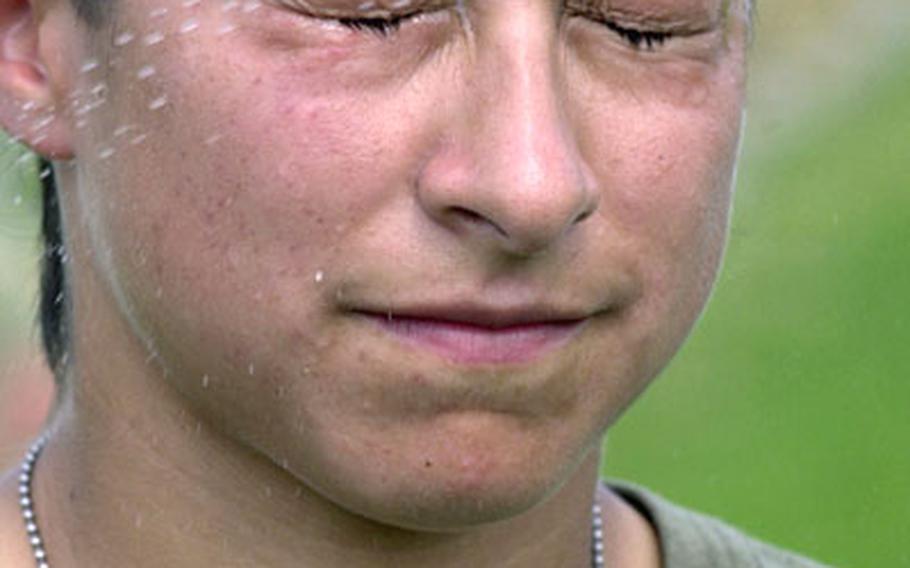 Lance Cpl. Sonya Robledo, from Marine Wing Support Squadron 172, has her eyes doused with pepper spray during Auxiliary Support Force training on Camp Foster on Thursday. More than 50 Marines were sprayed in the training and consequently now are certified to carry the pepper spray when on ASF duty. (Fred Zimmerman / S&S) 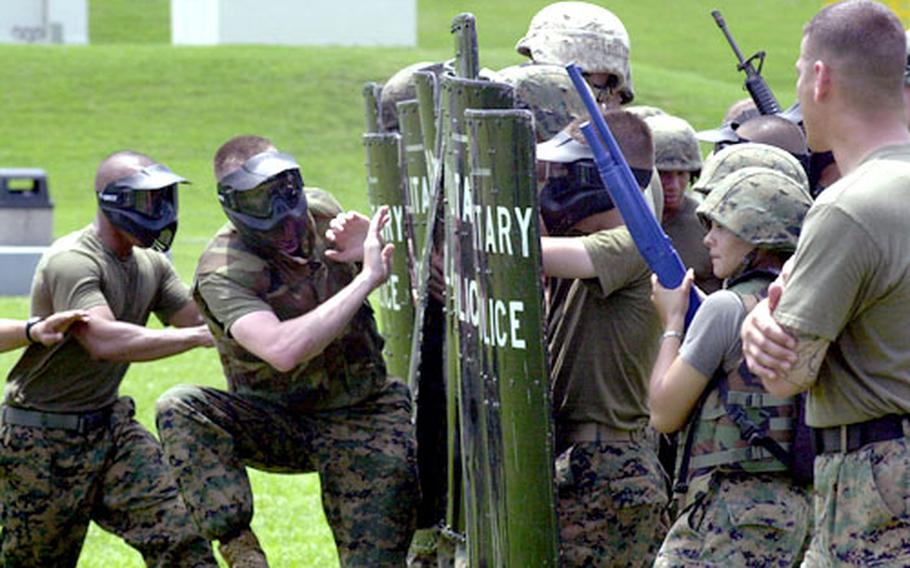 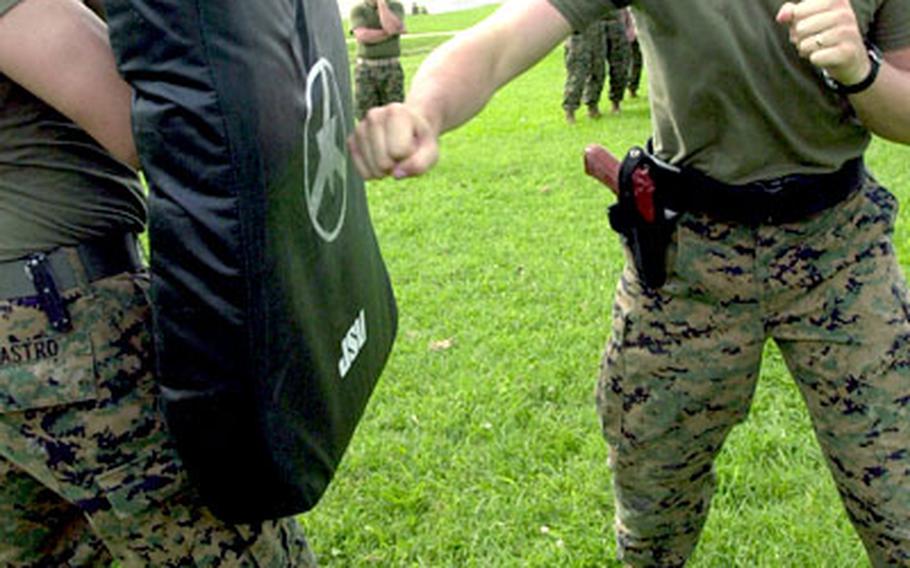 Cpl. Brian Francies, from Marine Wing Support Squadron 172, strikes a bag meant to represent an aggressor after being sprayed with pepper spray during training on Camp Foster on Thursday. (Fred Zimmerman / S&S)

How was he supposed to stop attackers he couldn&#8217;t even see?

He used knee, elbow and baton strikes and employed the baton to stop incoming blows.

Then an aggressor went for his holstered pistol &#8212; but the Marine outdrew him and ordered the person to the ground.

This scenario played out more than 50 times here as a group of Marines went through Auxiliary Support Force training.

The group, from various shops and units throughout the base, is a security force that could be called to duty in times of need, according to Sgt. Fernando Delgado, ASF/Camp Guard instructor.

&#8220;Whenever the [military police] need help, these are the guys they call,&#8221; said Delgado, also a Department of Defense certified nonlethal defense instructor.

Every three months, each Marine camp&#8217;s ASF or Camp Guard will go through four days of training, he said.

The Marines are instructed on things such as vehicle and personnel searches, riot situations, surveillance techniques and terrorist threats.

The backup security Marines stay on the force from six months to a year, Delgado said. During that time they work in their normal jobs but can be called upon at any moment to form the ASF.

The training includes classroom presentations and hands-on practical applications, as well as a written exam the Marines must pass to remain on the force, Delgado said.

Among training highlights: a mock riot-control situation and a shotgun shoot designed to familiarize the Marines with weapons they would use on the force. This was the first time any of the auxiliary forces have been sprayed with pepper spray, Delgado said, and as a result, they now are certified to carry the spray.

Sgt. Miranda Brown, who works at the Installation Personnel Administration Center on Camp Foster, said her eyes still burned more than a half hour after she got hit with it Thursday afternoon.