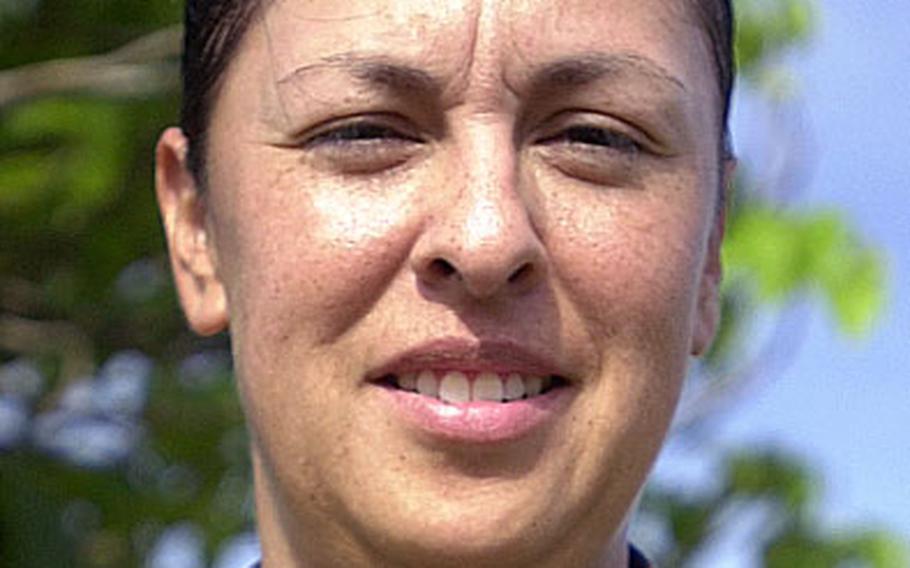 Not that the 33-year-old spent a lot of time on island.

The motor transportation chief with 3rd Transportation Battalion, III Marine Expeditionary Force received the award one day before she was to fly to Camp Pendleton, Calif., her new duty station.

During her first seven-month deployment, which began in January 2005, she completed 87 combat logistics patrols throughout al-Anbar province, according to her award script.

&#8220;During these operations, she often found herself in combat situations, to include a roadside ambush and numerous [improvised explosive device] and small-arms fire attacks,&#8221; according to the script.

It went on to describe her handling these situations in a &#8220;calm, reassuring and aggressive manner.&#8221;

III MEF leaders nominated staff noncommissioned officers for the award a year ago.