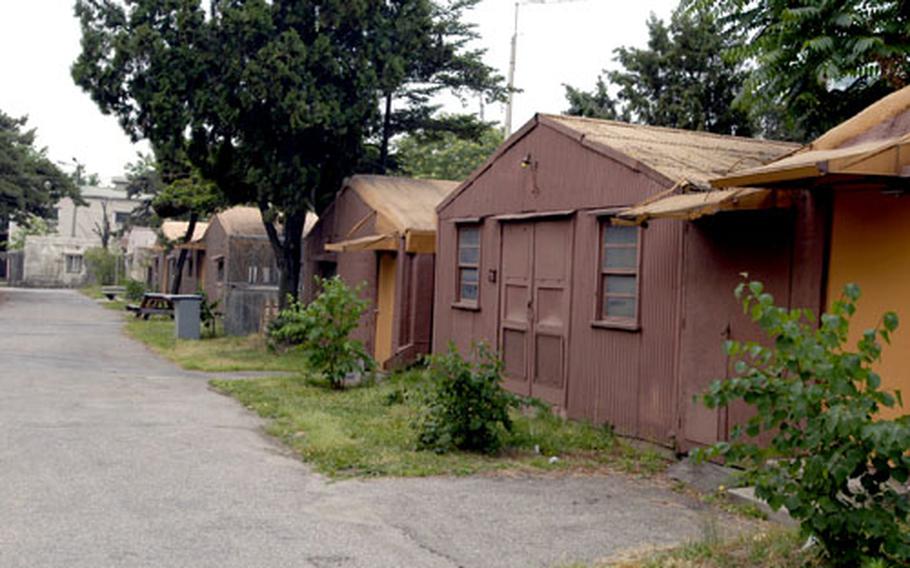 CAMP FALLING WATER, South Korea &#8212; Warehouses and offices will be demolished to make way for a park and road access to Uijongbu Station when this base is returned to South Korea later this year, local government officials said Tuesday.

Uijongbu City official Choi Chang-soon said that details are being worked out on plans for the park, tree planting and roads leading to the station, which links the city to Seoul and surrounding areas by subway and train.

Camp Falling Water&#8217;s north and south posts take up several acres of land on either side of the downtown Uijongbu station. Choi said the city will purchase the land from the South Korean Ministry of National Defense.

He said officials are having the land appraised and he was unable to speculate on how much the city will pay.

Sgt. Maj. Jung Jung-whun, of the ministry&#8217;s facility headquarters, said the rest of the land will be offered back to its original owners at its appraised value.

Sale of the land will partly offset the South Korean government&#8217;s cost of relocating U.S. bases across the peninsula, he said.

&#8220;Uijongbu is a country village that has been forced to become a city. It has grown dramatically in the four years I have been here,&#8221; Harris said, pointing to several soaring glass office towers surrounding the camp.

Camp Falling Water originally was a railhead &#8212; tracks still lead into the base but haven&#8217;t been used in years.

Most of the DPW workshops are on the north post, which includes the empty barracks and AFN Korea offices as well as the Army and Air Force Exchange Service headquarters, snack bar and post exchange. The south post includes DPW&#8217;s administrative offices, supply storage, an empty warehouse that until recently was used by AAFES, a fire station and a large motor pool filled with heavy equipment used by DPW.

The base is popular with U.S. identification card holders, who can park their cars there and walk to the central city market or ride the subway, Harris said.

Long-serving staff at Camp Falling Water say it was always the base for maintaining the U.S. Army&#8217;s Area I facilities. According to staff, the name Falling Water refers either to the area&#8217;s propensity to flood during the monsoon season or to a water tower that once refilled steam trains at the station.