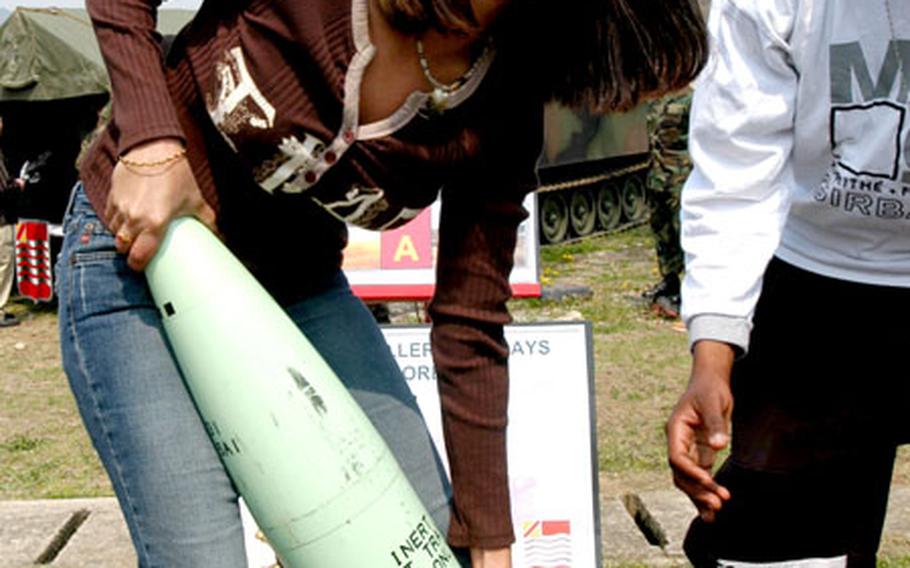 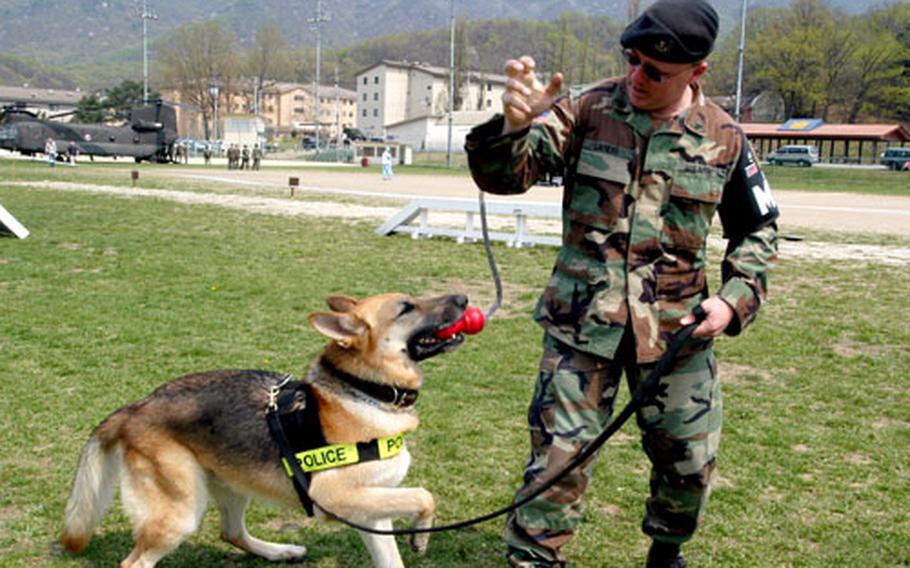 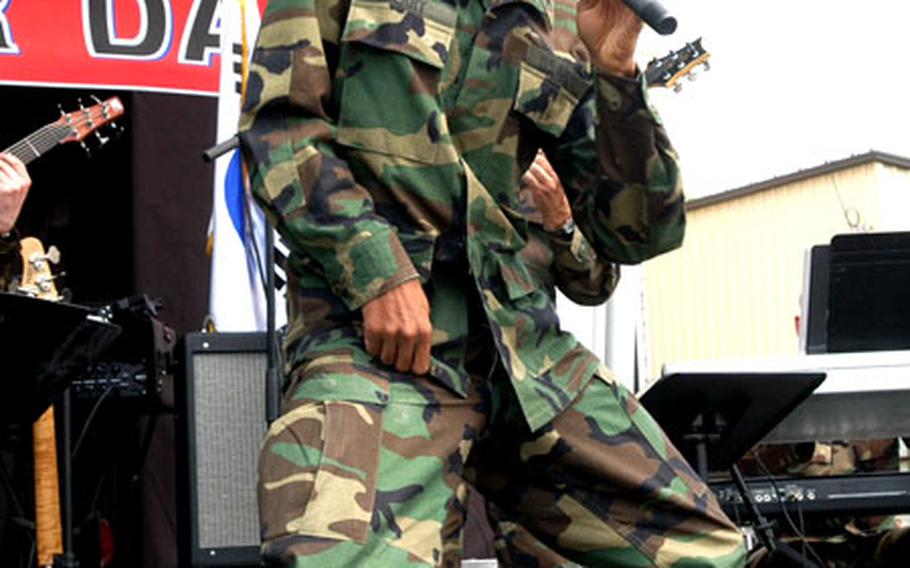 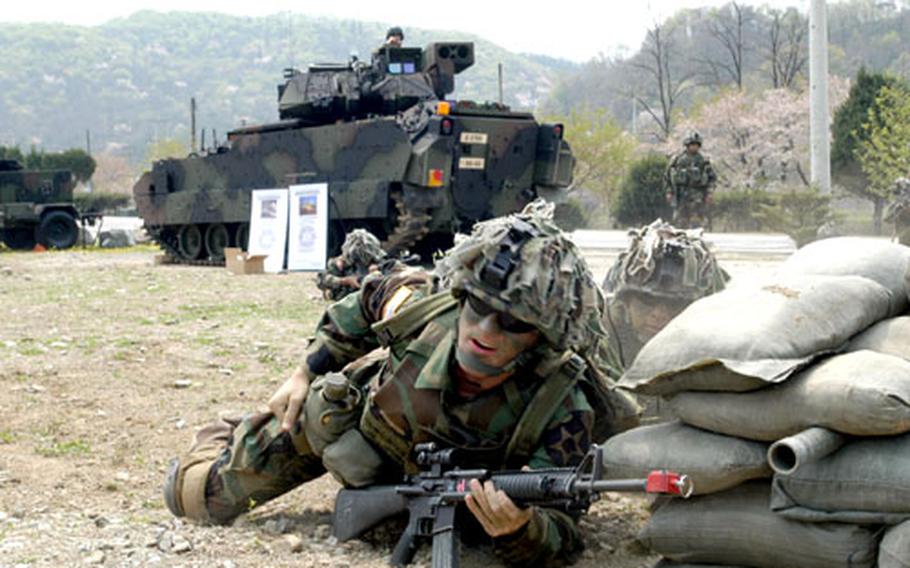 Still, the Greenville, S.C., native thought she might want to try her hand as an artilleryman &#8212; which requires lifting 98-pound howitzer shells.

Rezkala was among hundreds of 2nd Infantry Division soldiers, sergeants and below, who checked out various Army jobs during a career fair at Camp Casey&#8217;s Carey Fitness Center on Wednesday.

Area I Sgt. Maj. Yolanda Lomax, on a panel assessing the fair&#8217;s best displays, said the event was to show soldiers different Army jobs. &#8220;It affords them the opportunity of retention and re- enlistment options and gives them a broader perspective of what the Army has to offer,&#8221; she said.

Rezkala said she already lifts heavy equipment with the 4th Chemical Company and sees no reason why women shouldn&#8217;t be artillery soldiers. &#8220;When the adrenaline is pumping you can lift more,&#8221; she said, after struggling to raise one of the heavy shells.

In addition to taking down bad guys, the dogs can sniff out explosives or drugs. In Iraq, they search vehicles at gates and patrol base perimeters, he added.

Nearby, 1st Battalion 15th Field Artillery Regiment gunner Sgt. Donavan Mitchell, 27, of New Orleans, La., was taking a break after demonstrating howitzer drills with other crewmembers. &#8220;Soldiers want to try opening the breach and want to know how many rounds the gun can hold and how fast it goes,&#8221; he said.

Another MP at the fair, from the 94th MP Battalion, wore all black and a face mask to conceal his identity. The MP said he is a member of the Special Reaction Team, the army&#8217;s equivalent of a SWAT (special weapons and tactics) team able to respond to armed offenders with a special black armored truck. The 2nd Engineer Battalion&#8217;s display was packed with equipment including simulated explosives, ditch diggers and ropes.

The 2nd Battalion, 9th Infantry Regiment display involved soldiers piling out of a Bradley Fighting Vehicle and simulating a machine gun attack on a bunker.

When it comes time for him to re-enlist in six months, he said, he plans to opt for infantry or Special Forces.