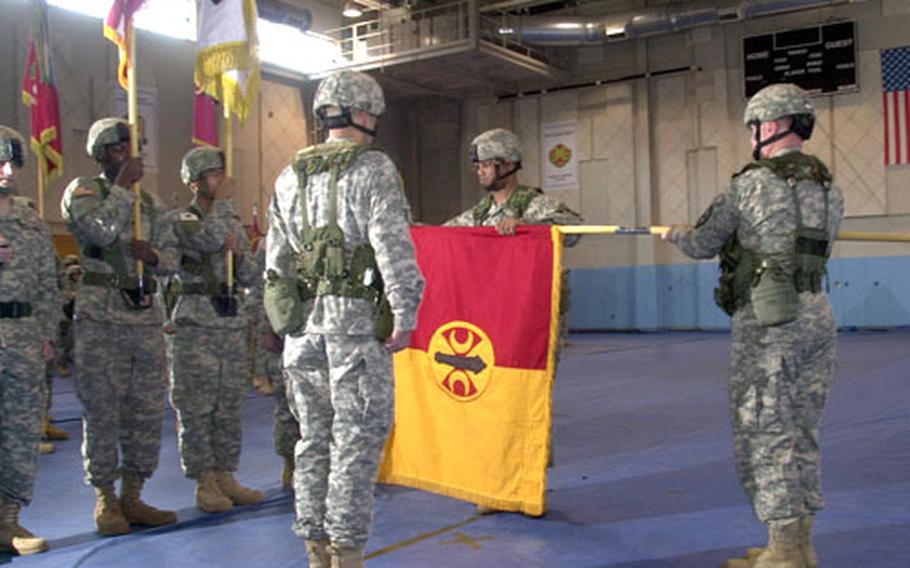 The mission remains the same for the only fires brigade permanently based overseas, said commander Col. Matt Merrick.

The 210th will become one of six fires brigades throughout the Army, Merrick said. The relatively rare &#8220;reflagging&#8221; for a fires brigade may repeat itself when the 4th Infantry Division&#8217;s Fires Brigade returns from Iraq, he said.

The 2nd ID Fires Brigade began as the 2nd ID Division Artillery in 1912 and was deployed in WWI and WWII before fighting early in the Korean War. It has been permanently based in South Korea since 1965.

The brigade and its units include 1,000 commissioned, warrant and non-commissioned officers as well as 1,770 junior enlisted soldiers.

The 210th Fires Brigade, created in WWII as a field artillery brigade, participated in the Normandy landing. It was based mostly in West Germany during the Cold War and took part in Operation Desert Storm before being deactivated.