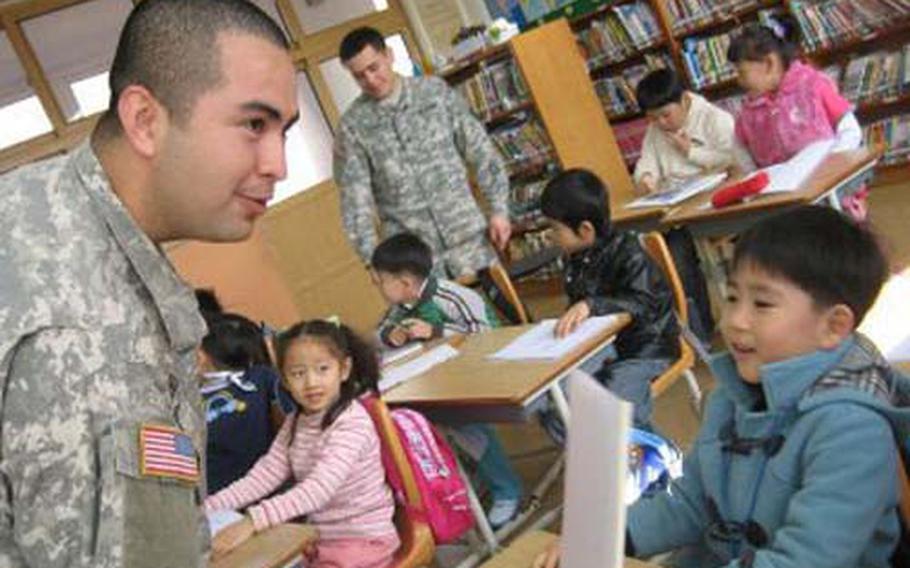 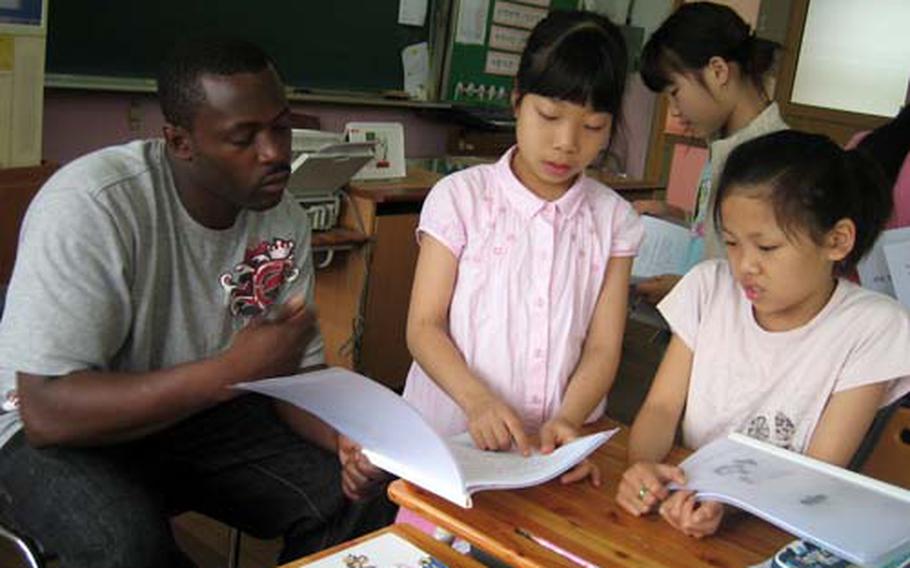 SEOUL &#8212; Early last year, Gwanho Elementary School in Waegwon was on the verge of closing.

Enrollment at the 35-year-old school in the tiny village about 160 miles southeast of Seoul had dropped to 47 students, three shy of South Korea&#8217;s minimum requirement to keep it open.

"Think about you having no school in your hometown."

The school&#8217;s community &#8212; teachers, parents, alumni and neighbors &#8212; began a campaign to save their school. And they came up with an idea: Ask the soldiers at nearby Camp Carroll to help.

The soldiers agreed and began visiting the school regularly to provide English lessons. News spread, and more and more parents in the region looked to Gwanho as their preferred choice for their children.

Now, more than a year after the soldiers began volunteering, the school&#8217;s enrollment is up 64 percent and it is no longer on the government&#8217;s chopping block.

"The U.S. servicemembers saved our school," Choi said through an interpreter. "My heart is too full for words. What can I say but thank you, thank you."

The unit that started the volunteering left South Korea a few months ago, but the effort continues with soldiers from Service Company, 4th Battalion, 5th Area Defense Artillery, now stationed at Carroll.

"They begged us and pleaded with us, because the kids are really interested in having the soldiers read," 1st Sgt. Bernard Evans said of deciding to continue the volunteering, which is part of U.S. Forces Korea&#8217;s Good Neighbor Program.

Now, every soldier in the unit is assigned to make a school visit, Evans said.

The soldiers read with the kids and sometimes accompany them on field trips, he said.

"We do whatever they have planned for that day," he said.

Evans said he tries not to send a soldier more than once, because the students can get so attached to individual personalities.

Lee Jeung-hee, an English-language teacher at the school, agreed that happens.

"The kids see them as their friends, a big brother or sister," she said.

That wasn&#8217;t always the case. The school serves a rice farming community, where, outside of the soldiers, few people of other races or nationalities visit. Seeing people of different skin colors and sizes, with scary-looking tattoos, intimidated some of the children at first.

"But the more I spent the time with them, the more I like them," said 12-year-old Kang Eun-jin, a sixth-grader. "I see them as my teachers as well as friends. They are very nice and friendly to us. It is really funny and interesting to be around with them."

Evans said trips to the school will continue as long as their mission allows.

Already, parents living in the next village have said they want to send an additional 15 students to the school. The increase may push some of the class sizes above 20 students and above the maximum requested by the military volunteers.

"Now I am concerned and afraid whether more students would come and register to our school," he said.