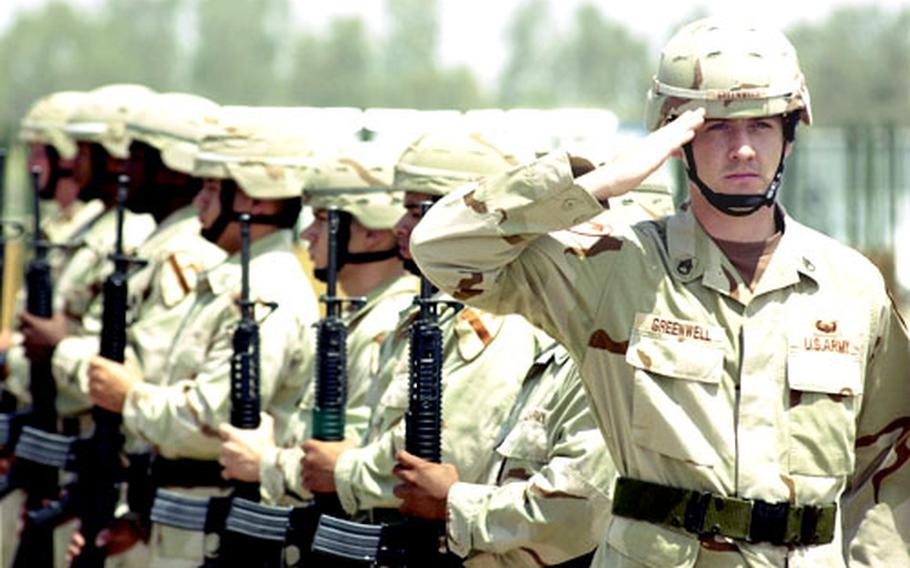 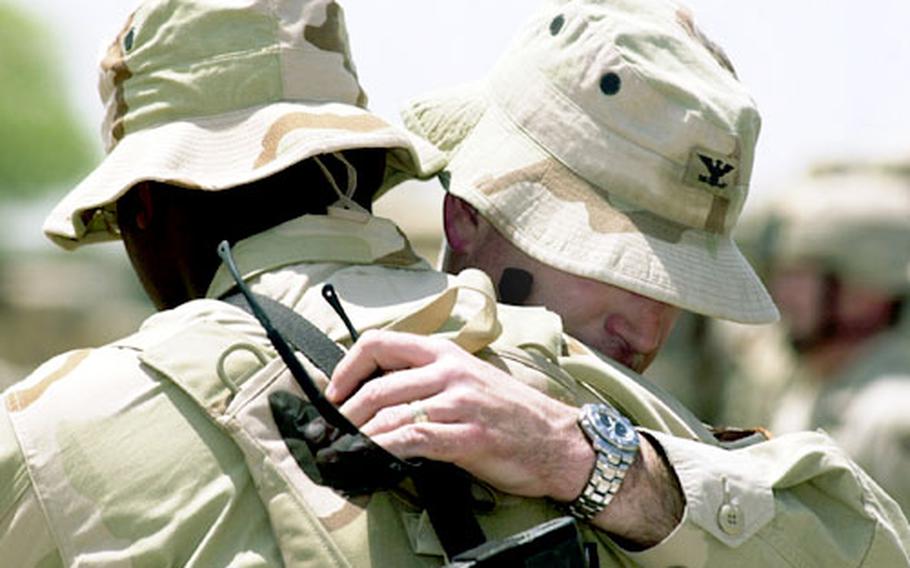 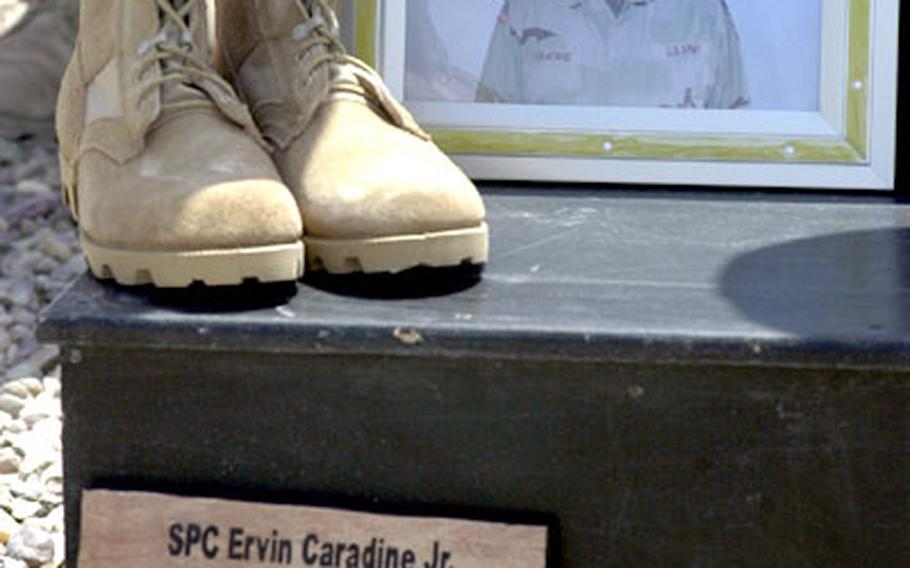 CAMP BLACK JACK, Iraq &#8212; It never gets any easier to say goodbye to fallen soldiers.

As part of his remarks, Martin said that Tuesday night, soldiers from Company B arrested five suspects who reportedly had bragged at a mosque about killing U.S. soldiers.

Caradine, 33, of Memphis, Tenn., and Drexler, 23, of Topeka, Kan., died Sunday morning when their patrol was attacked in the Ghazelia section of northwest Baghdad. They were on patrol when hit by a Claymore-type device with about 100 pounds of explosives, packed with ball bearings for maximum killing power, Martin said.

In an interview after the memorial, Jackson added that he hopes Drexler is remembered as a fearless soldier who knew the risks: &#8220;He was never afraid. He was never afraid of accomplishing the mission.&#8221;

Drexler was one of the hardest working people in the platoon, while Caradine was one of the most fun-loving, said Capt. Mike Rainey, a 91st Engineers company commander.

During their 18-month friendship, Sgt. Damion Lawson of Company C, 91st Engineers said he knew Caradine to be a soldier who liked to do things his way.

Other soldiers and officers described a man with a big smile and a big heart.

Even after 15 rocket-propelled grenade attacks on the company in two days, Caradine was still worried that the children wouldn&#8217;t wave to him up in his gunner&#8217;s turret, Rainey said.

&#8220;He was concerned attacks would tear down the relations the soldiers in my company had worked so hard to build,&#8221; Rainey said.

Rainey said the soldiers&#8217; legacy is that both &#8220;loved other soldiers like they loved themselves. And that&#8217;s the greatest accomplishment any person can achieve.&#8221;