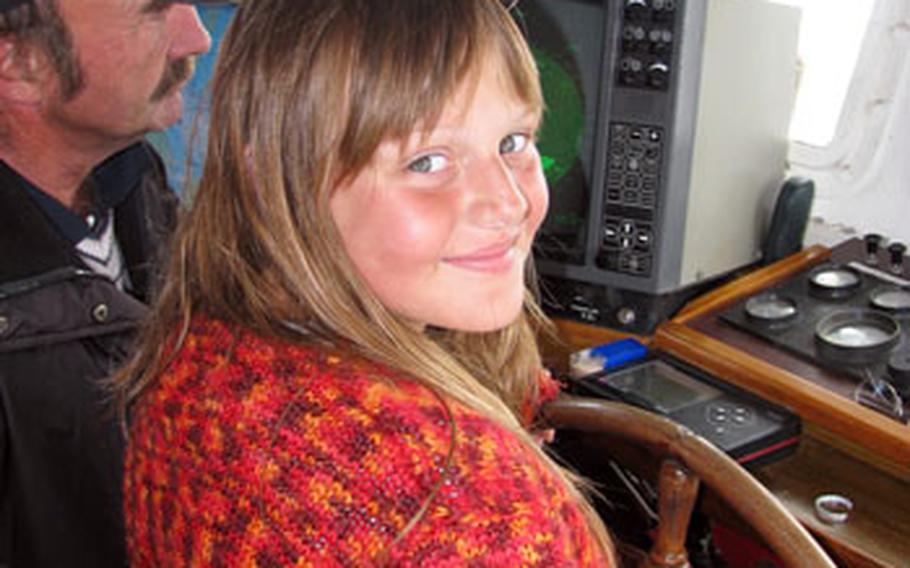 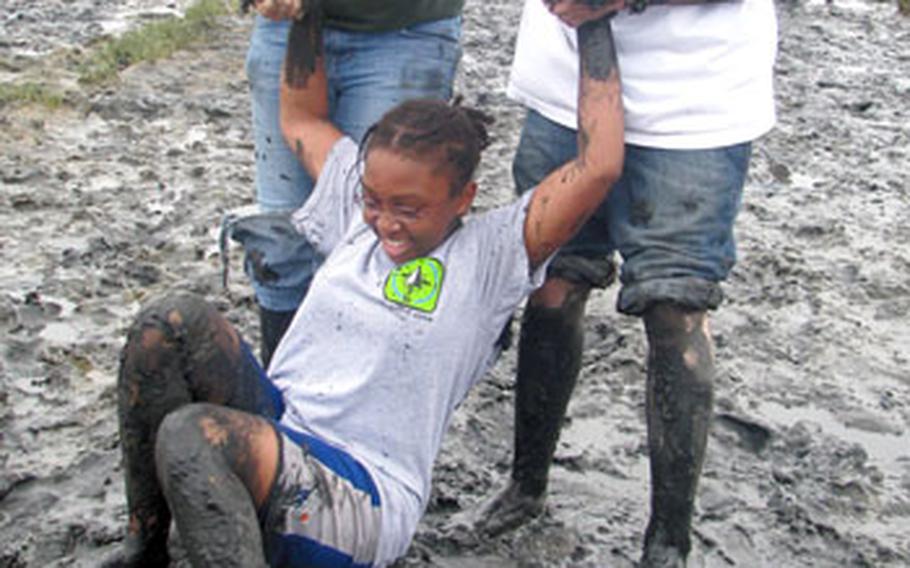 Aja Brown, from Wiesbaden Germany, is assisted by fellow campers after getting up close and personal with an endless supply of mud found on the German island of Langeoog. (Ken White / U.S. Army) 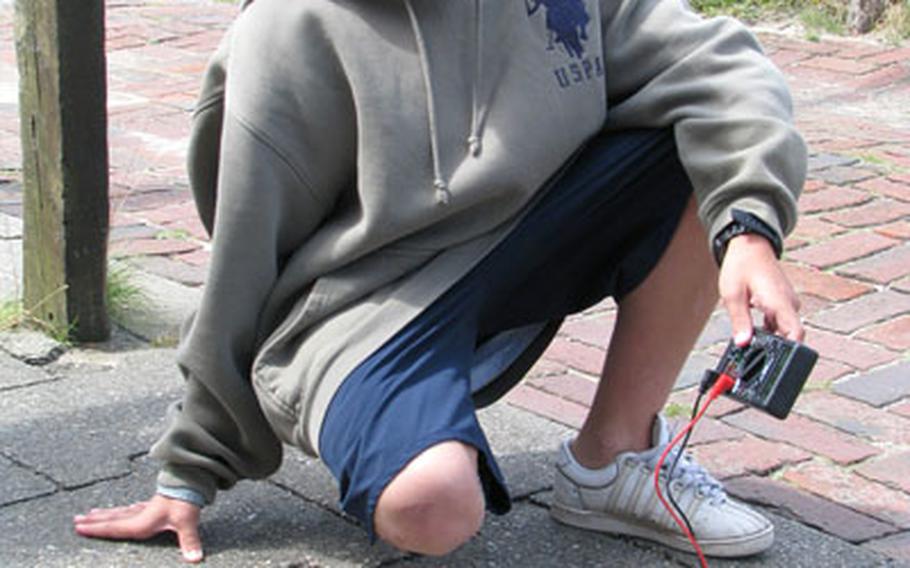 Reign Schuster, from Mannheim, Germany, waits patiently for the solar cells to recharge on an eco-vehicle he co-built with another camper during Camp A.R.M.Y Challenge. (Ken White / U.S. Army)

Some 78 middle-school students spent last week on a desolate island in northern Germany as part of the Camp A.R.M.Y. challenge.

The students &#8212; all children of a deployed or soon-to-be deployed parent &#8212; did everything from playing in the mud to working on solar-energy projects during the weeklong camp on Langeoog, a remote island in the North Sea.

Langeoog, a 6-mile-long island of pristine beaches, is a walk back in time. Reachable only by ferry, the island hosts no motor vehicles, only 2,200 year-round residents and a colony of seals that bask in a hidden paradise that few Americans ever visit, according to an Installation Management Command&#8212;Europe news release.

"This is my first time ever being to a beach or being on a boat at sea," Armando Saldana from Vilseck, Germany, said in the release. "It&#8217;s really opened my eyes to new things that I can take with me and put to use at home or anywhere else I go."

While some might have been skeptical before the camp started, their views had changed by the week.

The acronym A.R.M.Y. stands for adventure, resilience, memories and youth.