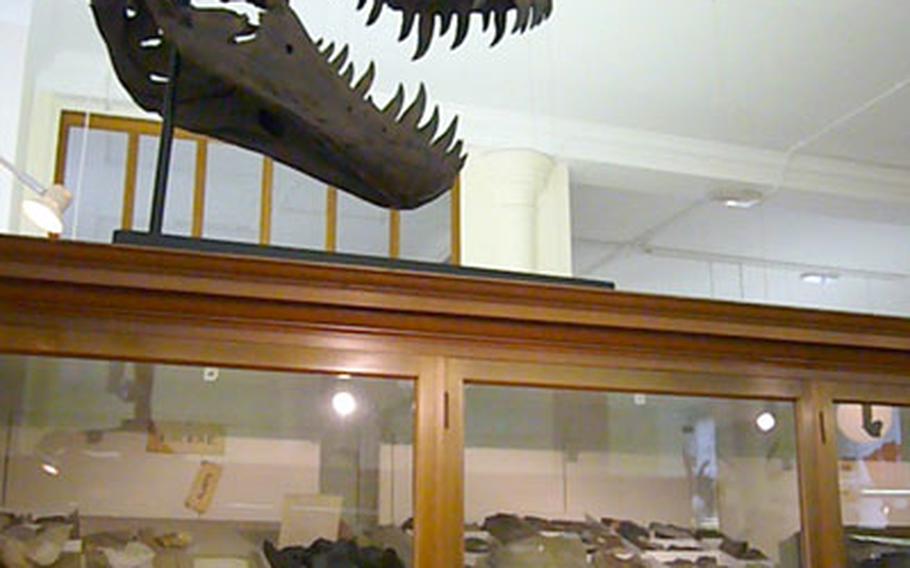 The massive skull of a T-Rex hovers above a case full of fossils. (Sean Kimmons / S&S)

The massive skull of a T-Rex hovers above a case full of fossils. (Sean Kimmons / S&S) 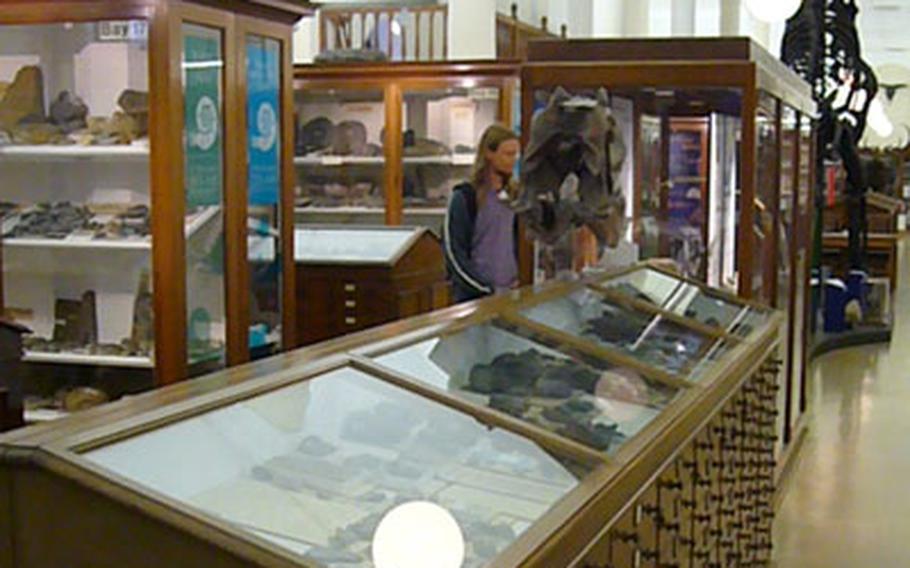 A visitor checks out the exhibits inside the Sedgwick Museum of Earth Sciences, which has 1.5 million specimens of fossils, rocks and minerals on display. (Sean Kimmons / S&S) 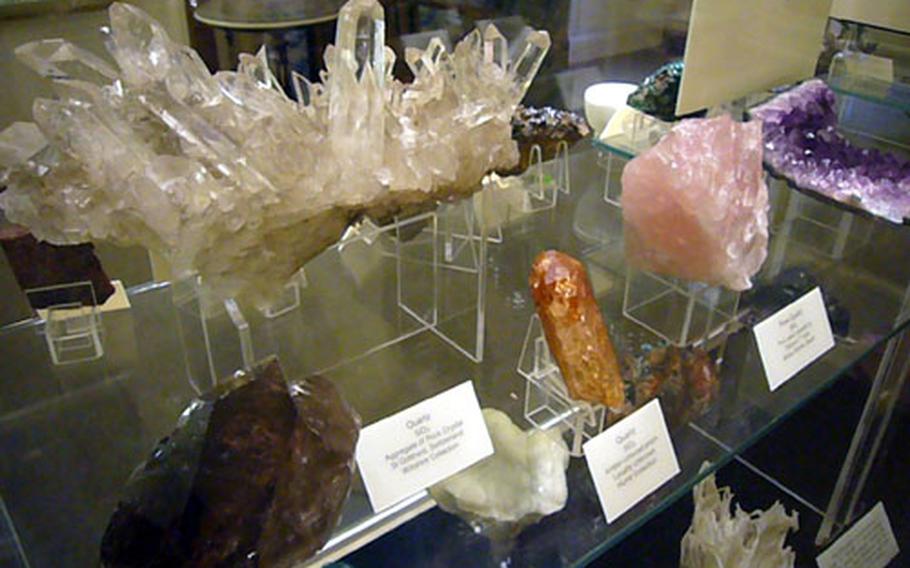 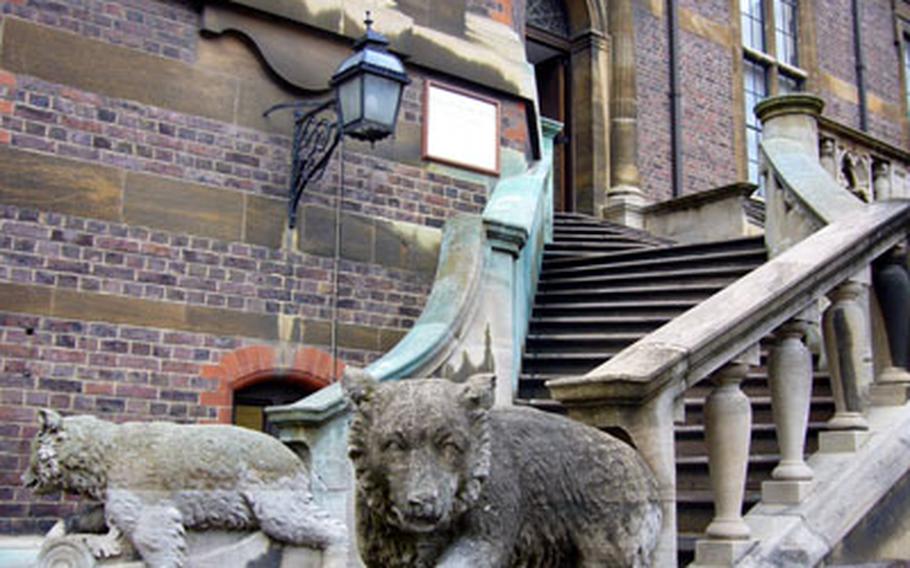 Stairs lead up to the entrance of the Sedgwick Museum of Earth Sciences in Cambridge&#39;s city center. (Sean Kimmons / S&S)

CAMBRIDGE &mdash; Millions of years ago, many specimens at the University of Cambridge&rsquo;s Sedgwick Museum of Earth Sciences were alive and kicking.

Today, they are fossilized and on display in glass cases for those who venture into the museum, which is on Downing Street in the city center.

Fossils of ancient dinosaurs, plants and sea life as old as 544 million years, plus examples of rocks and minerals, can be found at the museum, which has free admission.

Named after the late professor Ad- am Sedgwick, the museum opened its doors in 1904 and stores 1.5 million specimens, including a few donations from Charles Darwin and Mary Anning.

A tall skeleton of an Iguanodon dinosaur greets visitors at the museum&rsquo;s entrance.

To the left, one can wander through the most recent forms of fossils belonging to the Cretaceous, Tertiary, Pleistocene and Holocene eras. In other words, 145 millions years ago to present day.

At the end of the hallway is the skeleton of a giant deer with enormous antlers dating from 11,000 to 12,000 years ago. Before the deer, one comes across the skull of a Tyrannosaurus Rex, which hovers above a glass case and is affectionately named &ldquo;Stan.&rdquo;

Opposite Stan is a collection of ancient animal bones &mdash; from the Ice Age &mdash; discovered near Cambridge. The arrangement of bones fills the shelves and gives visitors a look at what kind of creatures once roamed the area.

In fact, much of the museum&rsquo;s collection was dug up from the local area or at least in the U.K. by archaeologists. And if someone happens to come across a fossil today, museum experts can help identify it for free.

A museum leaflet stated that last year the cordal vertebrae (tail bone) of a Valdosaurus dinosaur from the Isle of Wright as well as a few other fossils were identified by museum staff.

At the other end of the hallway are older fossils from eight different time periods, ranging from 65 million to 544 million years old.

On display is a fossil of Megarachne, the world&rsquo;s largest spider. The 300 million-year old spider has a leg span of almost 20 inches and was found in Argentina.

Massive Jurassic sea shells and a 15-foot-long Plesiosaur sea dinosaur, purchased by Sedgwick for 230 pounds in 1841, are also a few highlights of this section.

The last exhibit is the Whewell Mineral Gallery, a fascinating collection of glistening rocks and minerals, which come with a scientific explanation on how each one was formed. The most impressive seemed to be the crystallized calcite mineral samples.

The museum is along Downing Street in the city center, across from the Crowne Plaza Hotel. It has free admission and is open Monday through Friday, 10 a.m. to 1 p.m. and 2 to 5 p.m., as well as Saturday from 10 a.m. to 4 p.m. For more information, check out www.sedgwickmuseum.org.