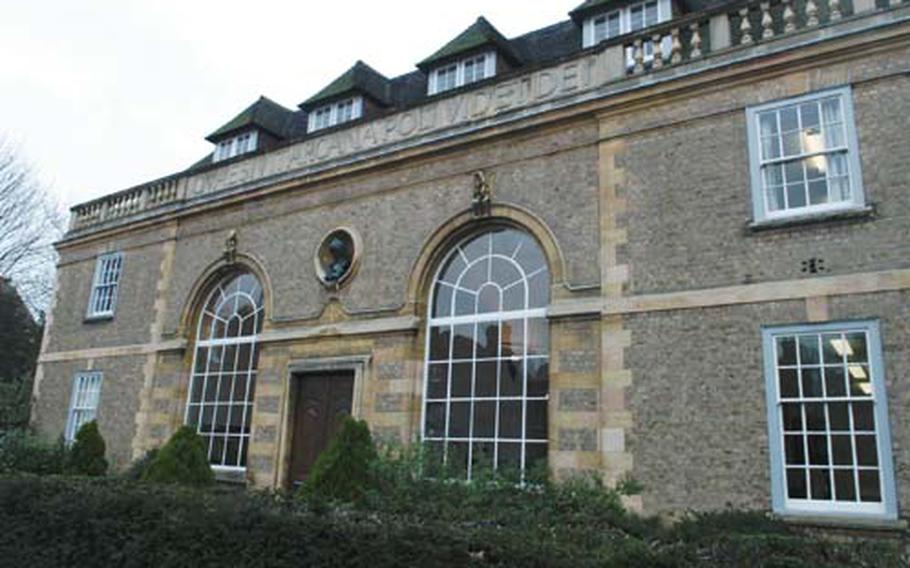 The Scott Polar Research Institute museum in Cambridge contains a variety of artifacts from historic expeditions to the wilds of the Arctic and Antarctic. (Geoff Ziezulewicz / S&S)

Oh wait, your Latin&rsquo;s a little rusty? In English that would be "He sought the secret of the pole but found the hidden face of God."

The "he" is Capt. Robert Falcon Scott, an intrepid explorer of the South Pole who died returning from the frozen continent in 1912. His last words were "For God&rsquo;s sake look after our people."

England answered that call, and like a jagged spire of glacier shooting heavenward out of the frozen tundra, the institute was born.

But this isn&rsquo;t just a stodgy place where University of Cambridge specialists shoot the breeze over Arctic breezes, ice floes and biodiversity. No sir, this institute has a museum attached that is chock-full of interesting artifacts from those who braved the subzero wastelands in the name of human knowledge.

Currently the museum is showcasing an exhibit on Ernest Shackleton and his scientific expedition down south from 1907 to 1909. Eventually, they discovered nearly 500 kilometers of the Trans-Antarctic Mountains.

Things got hard in early 1909, and Shackleton made the decision to turn back, reckoning that his party would probably die of starvation during the return journey.

The exhibit includes Shackleton&rsquo;s diary and myriad fascinating tidbits. There&rsquo;s Inuit carvings, snowsuits made out of animal fur, old-timey tools of the trade and other stimulating artifacts.

Of particular interest is the scrimshaw section. Scrimshaw is drawing done on whale bones or teeth. A sharp tool is used to etch the surface and ink is then laid in the crevasses.

The Scott Polar Research Institute and its attendant museum are free and interesting ways to learn about this utterly alien bit of the planet and those who braved its terrain.

But act quickly! The museum is slated to close for a year in April for renovations.

Citing the museum&rsquo;s small size and unusual layout, a British lass accompanying your Stripes correspondent on his visit thought it was time for the place to get a face lift.

"It really could use a renovation," she said flatly.