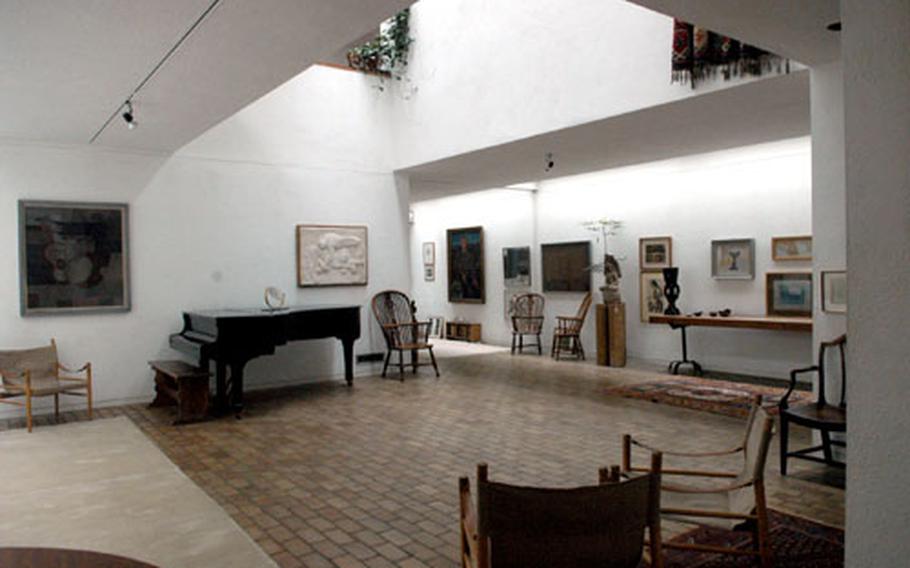 CAMBRIDGE &mdash; When comparing his best buddy Cameron&rsquo;s house to a museum, Ferris Bueller once said, "It&rsquo;s very cold and very beautiful, and you&rsquo;re not allowed to touch anything."

It may have been years since "Ferris Bueller&rsquo;s Day Off" graced the silver screen, but that movie analogy is as apt today as it was back in the 1980s. Museums are often sterile affairs with sparse arrangements, snobbish airs and three red dots on a canvas that collectively sold for $20,000.

Not so the Kettle&rsquo;s Yard museum in Cambridge. It&rsquo;s like your grandma&rsquo;s house, if your grandma had a warmly eclectic collection of sculptures, paintings and other artwork from the first half of the 20th century. The whole Kettle&rsquo;s Yard house/museum is so warmly laid out and arranged you&rsquo;ll want to spend a day lounging in the strategically placed chairs.

The museum holds pieces collected by Jim Ede, a curator of London&rsquo;s Tate Museum in the early part of the 20th century, according to Sebastiano Barrassi, the museum&rsquo;s curator.

Ede worked in London in the 1920s and &rsquo;30s and amassed friendships with various artists, Barrassi said.

"Then, as his friendships with artists grew, he brought the collection here" to Cambridge, in the &rsquo;50s, where he went to school.

A collection of cottages became known as Kettle&rsquo;s Yard, and the complex was donated to the University of Cambridge in 1973.

In today&rsquo;s version &mdash; the original grounds plus an airy addition &mdash; Kettle&rsquo;s Yard is all about the atmosphere, Barrassi said.

"It was never thought of as a museum as such, but a way people could come and enjoy art in an informal way," he said. "That&rsquo;s what most people perceive about this place."

The unusual pieces of art and their placement essentially create "conversations between objects," he said.

"It&rsquo;s not intended to cover any period or movement systematically," Barrassi said. "It&rsquo;s really the arrangement of things and how they relate to the works of art."

Getting thereWhat: An eclectic arrangement of sculpture, painting and other objets d&rsquo;art, laid out in a fresh and inviting way.

Where: Just outside the Cambridge city center, about 45 minutes from RAFs Mildenhall, Lakenheath and Alconbury. Type Castle Street, Cambridge, CB3 0AQ into your Internet mapping tool.