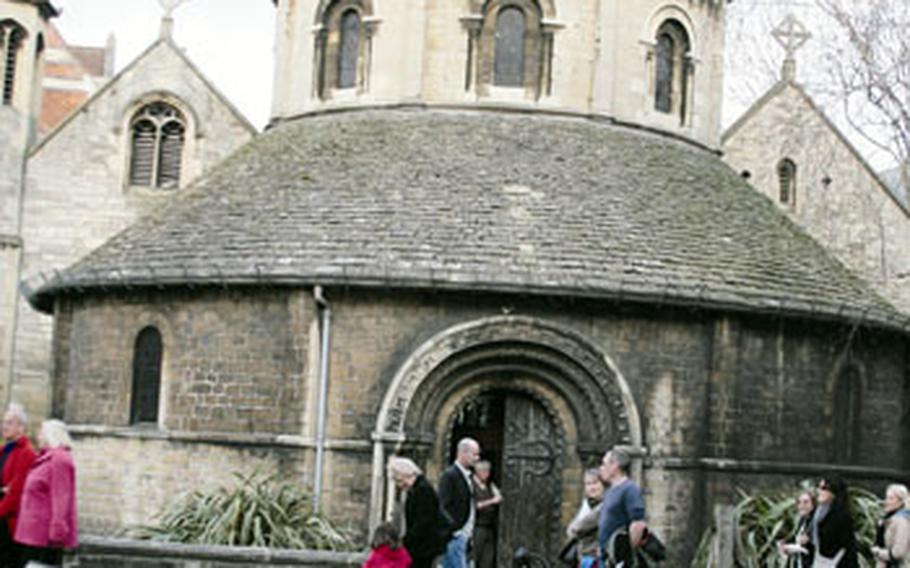 The Round Church is the meeting point for a tour of Cambridge University’s colleges, run by Christian Heritage Cambridge. The tour demonstrates the impact of Christianity on the intellectual and moral foundations of the west. (Photos by Charlie Reed/Stars and Stripes)

The Round Church is the meeting point for a tour of Cambridge University’s colleges, run by Christian Heritage Cambridge. The tour demonstrates the impact of Christianity on the intellectual and moral foundations of the west. (Photos by Charlie Reed/Stars and Stripes) 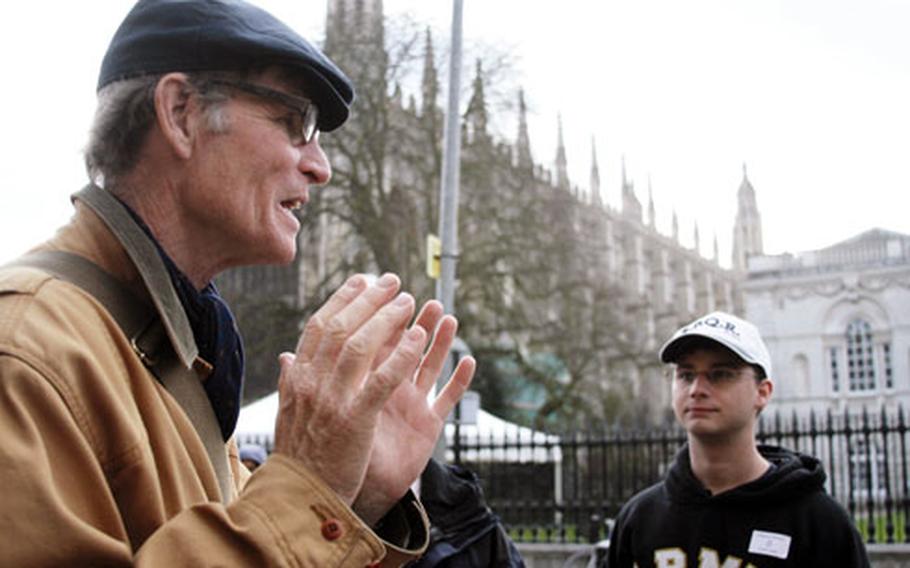 Cambridge graduate Ian Cooper leads a tour of the university’s colleges twice a week, explaining the historical context on which the institution was founded. ()

CAMBRIDGE &mdash; The city is abuzz.

Not only has spring ushered in a wave of fresh weather and flowers, but it&rsquo;s the 800th anniversary of the founding of the University of Cambridge. With that comes a year of special events to celebrate the world-renowned institution, from magnificent light shows displayed on the sides of buildings, to special tours of the garden tended by Charles Darwin, one of Cambridge&rsquo;s most famous alumni.

Some of the university&rsquo;s 31 individual colleges are closed to the public apart from these celebratory events. But meandering through those that welcome visitors to their pristine school grounds is among the most popular activities for visitors to this historic university town.

However, aside from admiring the striking architecture and picturesque gardens, getting an idea of the context within which these colleges were formed and the great minds that have passed through their hallowed halls is impossible without a tour.

Enter Ian Cooper. The Cambridge graduate and fellow volunteers from the Christian Heritage Cambridge organization conduct weekly tours of the biggest and most well-known colleges for just 5 pounds. The tours embark from the Round Church, itself an historic and beautiful building worth checking out.

Highlights of the tour include King&rsquo;s College, Trinity College and St. Johns College, the largest and most well-endowed schools under the Cambridge umbrella. To clarify a bit, the colleges are responsible for much of the curriculum taught within their walls though degrees are administered by the university.

Intellectuals and scientists such as William Wilberforce, who championed the British anti-slavery movement, politician Oliver Cromwell and philosopher Francis Bacon helped establish the revolutionary force that would propel Cambridge into the future and pave the way for later groundbreaking work by Darwin and Stephen Hawking.

But the university&rsquo;s and its early scholars&rsquo; role in the Great Awakening is key to understanding the evolution of society, said Cooper, an alumni of Jesus College. The period is marked by a shift in religious philosophies toward science and equality, which shaped modern Anglo-American political, scientific and social doctrine.

Even if history is not your cup of tea, Cooper&rsquo;s tour is thought-provoking and fast-paced enough to avoid being dull.

One of the highlights is special access to schools, such as Magdelene College, which are normally not open to the public. (Make sure to pronounce it "Maud-lin" if you want to sound like a local. Cooper insists it is "just the way the British say it.")

Even cooler is when Cooper points out the pubs where some of the great academics would ponder the world over a pint. For instance, The Pickerel Inn across from Magdelene is where famous writer C.S. Lewis would unwind after a hard day of thinking.

Getting thereWhere: Departs from the Round Church, Bridge Street, Cambridge (Park Street garage is the closest public parking.)