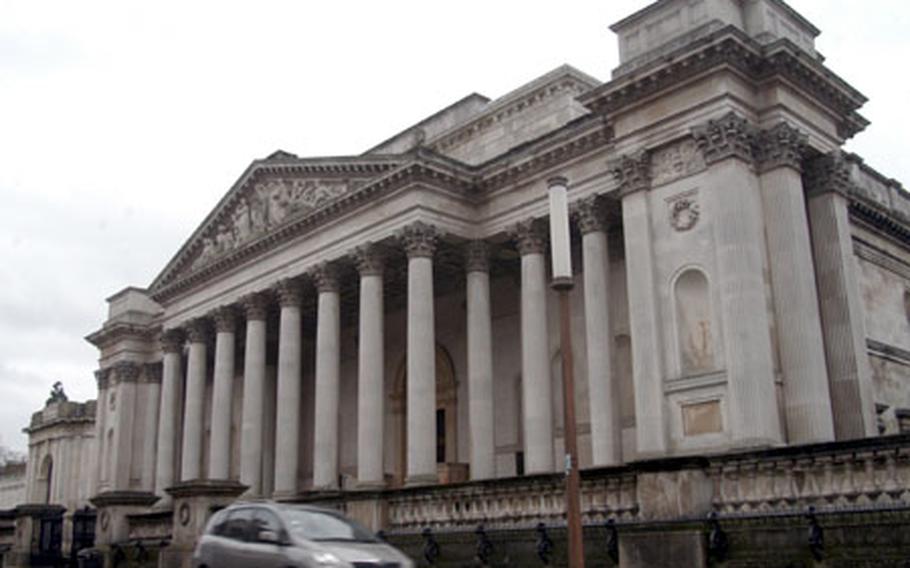 A car drives past a stone columned entrance to the Fitzwilliam Museum in Cambridge. The museum boasts collections of fine art and ancient artifacts from around the world. (Sean Kimmons / S&S)

A car drives past a stone columned entrance to the Fitzwilliam Museum in Cambridge. The museum boasts collections of fine art and ancient artifacts from around the world. (Sean Kimmons / S&S) 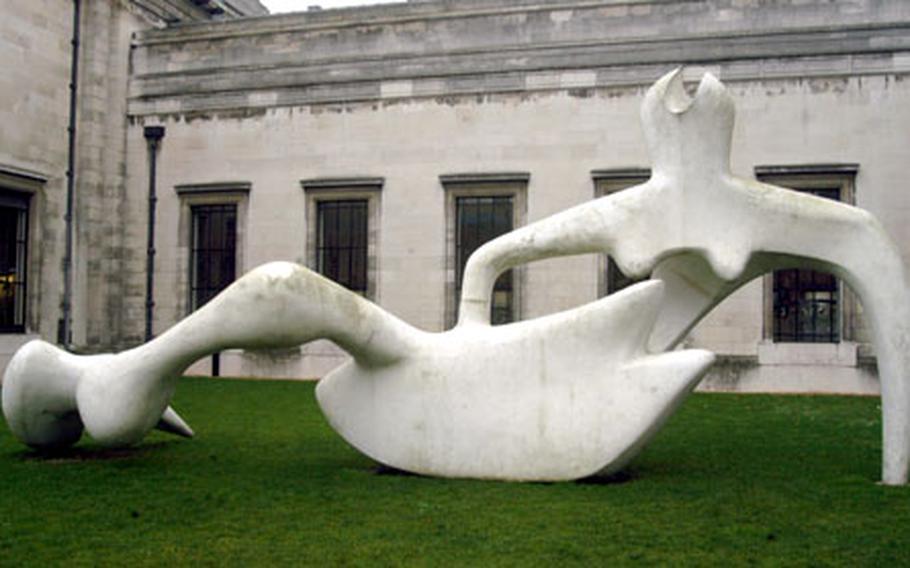 A sculpture sits in front of the Fitzwilliam Museum in Cambridge. (Sean Kimmons / S&S)

CAMBRIDGE &mdash; Walking through Cambridge, admiring the centuries-old British architecture of the university&rsquo;s colleges, can be an enlightening experience.

And in the city&rsquo;s center &mdash; which comes alive every day as tourists and students roam the streets &mdash; there are museums to provide further enlightenment. One of the city&rsquo;s most famous is the Fitzwilliam Museum.

The museum&rsquo;s grand outside appearance prepares visitors for what&rsquo;s inside. From its collection of fine art to its ancient artifacts and ceramic displays from around the world, the museum has much to offer.

The best part of it all is that it doesn&rsquo;t cost a thing to enter, although donations are appreciated. The worst part is that cameras are not allowed, so visitors can take only mental pictures once inside.

An assortment of medieval body armor greets visitors on the ground floor. Surrounding the polished armor is a gallery of medieval and renaissance art. Other exhibits of European and Asian ceramics take up the area around the museum&rsquo;s courtyard, where visitors can rest or browse through a gift shop.

Relics from ancient Egypt, Greece, Rome, Cyprus and Sudan are shown on the other side of the ground floor. The relics, which date before Christ, provide an intriguing walk through time. Pieces of pottery, jewelry and some marble statues look as if they were made more recently than a few millennia ago.

Death plays a large role in these exhibits, as well. There are detailed marble sarcophagi from the Roman era and Egyptian sarcophagi, including one that still has a mummy inside.

The upstairs contains fine art, mostly from Britain, Italy, France and Spain. The paintings range from religious icons to portraits and landscapes.

An exhibit that celebrates the 400th birthday of famed Dutch artist Rembrandt Harmensz van Rijn is also upstairs. The exhibit, which runs until March, displays some of Rembrandt&rsquo;s thinly etched sketches, many of them self-portraits.

Throughout the next year, the museum will offer a variety of special exhibits and displays to keep art lovers coming back. Be sure to check its Web site for an upcoming schedule.