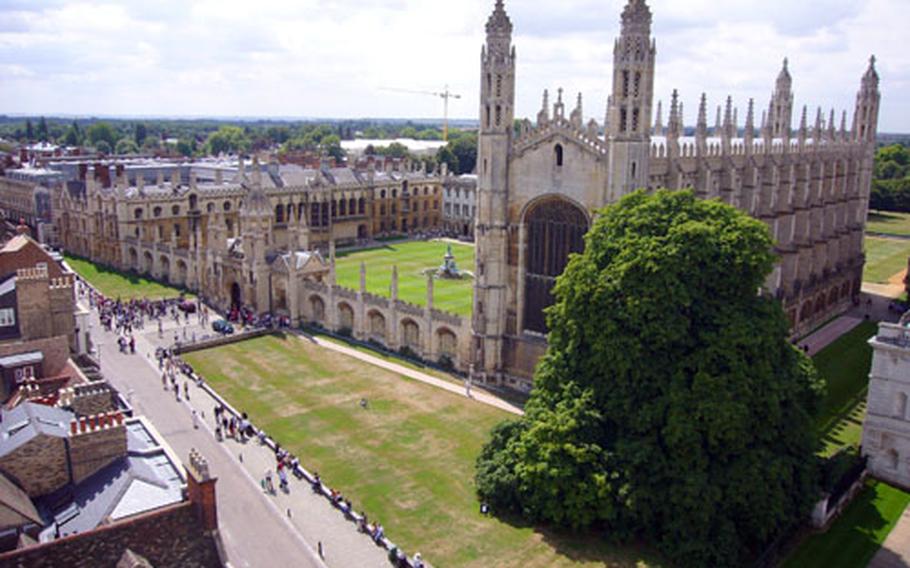 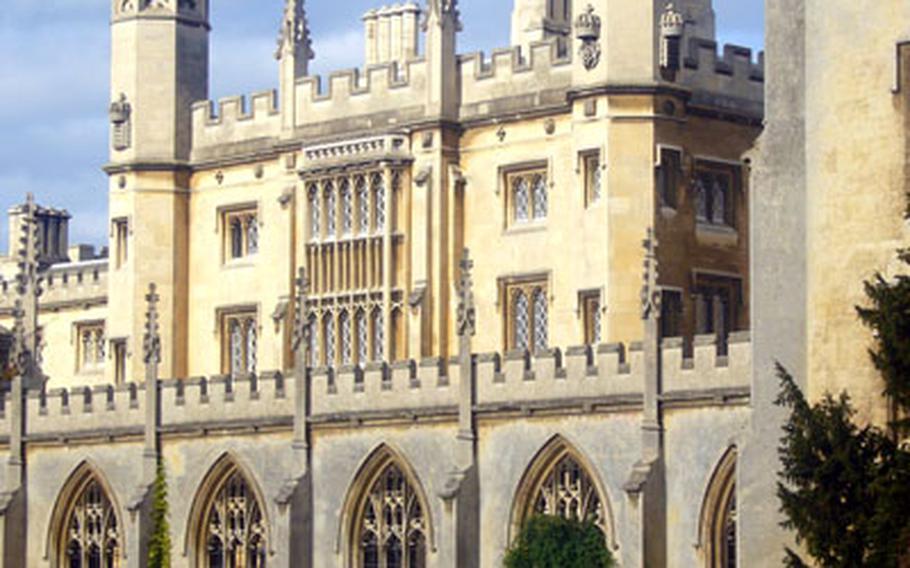 A visitor strolls through the grounds of St. John’s College. (Sean Kimmons / S&S) 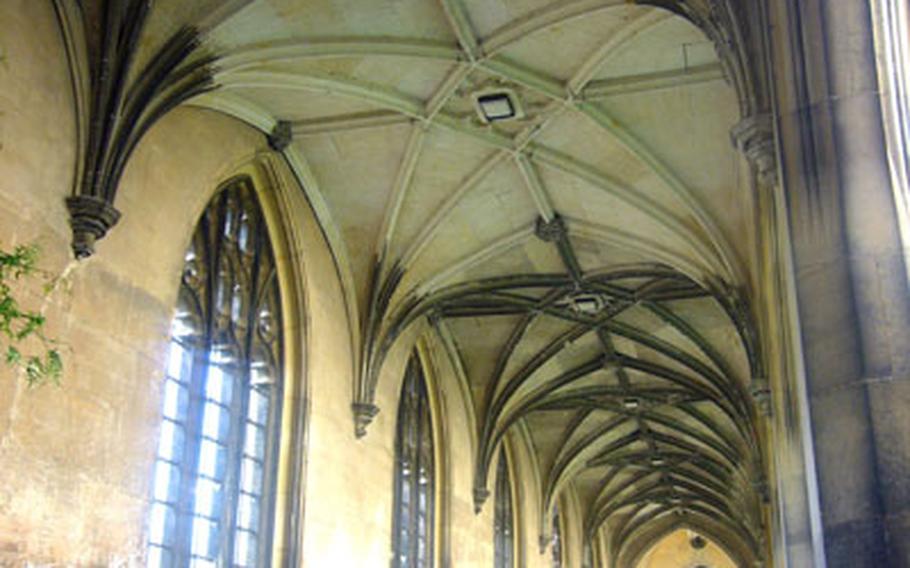 A man walks through an arched hallway inside St. John&#39;s College in Cambridge. (Sean Kimmons / S&S) 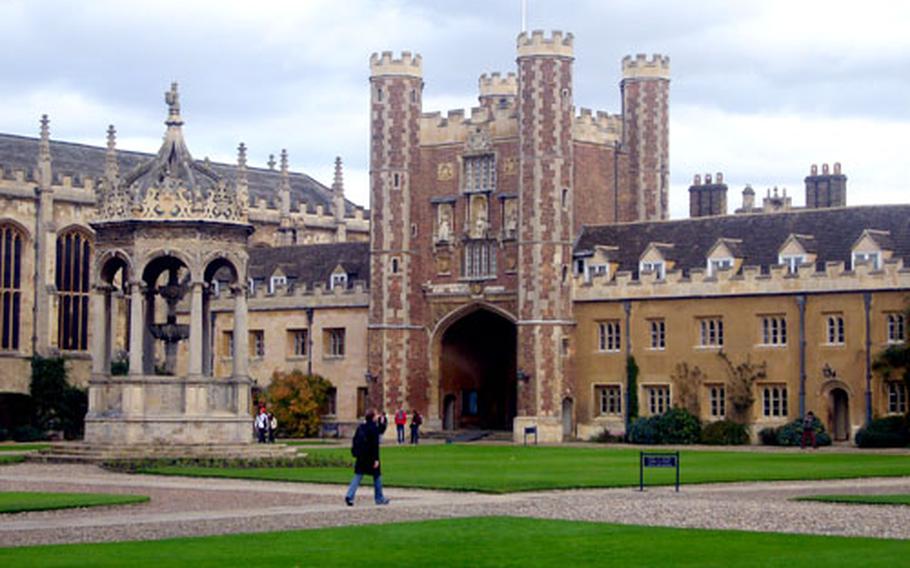 Trinity College is the university’s biggest college, and was founded by Henry VIII. (Sean Kimmons / S&S) 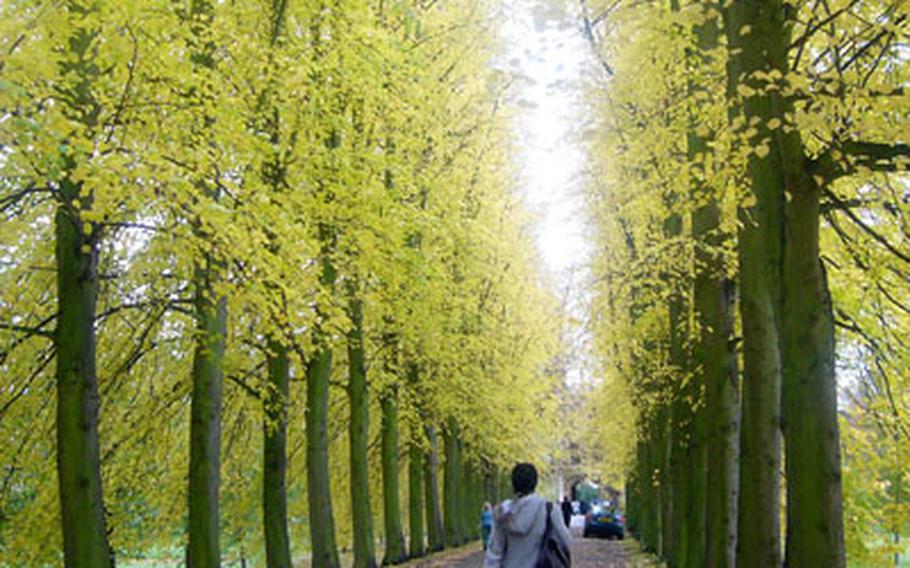 A student makes his way toward Trinity College along a road lined by trees changing to autumn colors. (Sean Kimmons / S&S)

CAMBRIDGE &mdash; It is where Stephen Hawking is a professor, specimens collected by Charles Darwin are on display and where research was conducted by 81 affiliates who have earned Nobel Prizes.

This is just a snippet of what makes the University of Cambridge one of the most prestigious universities in the world. But it&rsquo;s the historic colleges that make this university not only a place of knowledge but also one for sightseeing.

Many of the 31 colleges that fall under the university are not open to the public and probably wouldn&rsquo;t be worth a visit if they were. But a stroll through King&rsquo;s, Trinity and St. John&rsquo;s colleges is another story.

These colleges, built during the 15th and 16th centuries, are next to one another beside vast green lawns and the slow-moving River Cam. They are, perhaps, the most popular colleges to visit in Cambridge.

Along with the colleges&rsquo; impressive architecture, the chapels and regular choir services are the main attractions.

Adjacent to the 565-year-old King&rsquo;s College is its 16th-century chapel that took more than 100 years to construct. The chapel traditionally holds choral services Monday through Saturday at 5:30 p.m. Times vary on Sunday.

Entrance to King&rsquo;s College grounds and its chapel is 4.50 pounds for adults and 3 pounds for children 12 to 17 years old.

Just down the road is the university&rsquo;s biggest college, Trinity College, founded by Henry VIII in 1546. Its choral evensong services are Tuesdays and Thursdays at 6:15 p.m. There is no entrance fee to attend the services or to check out the college grounds.

St. John&rsquo;s College was founded in 1511. Tour the grounds on the weekends at a charge of 2.50 pounds for adults and 1.50 pounds for children.

The college&rsquo;s choir holds its choral evensong Tuesdays through Saturdays at 6:30 p.m.

Another popular sight at St. John&rsquo;s is its Bridge of Sighs, which connects two parts of the college over the River Cam.

Opening hours and chapel services are subject to change, so be sure to check out the University of Cambridge Web site at www.cam.ac.uk before heading out. Click on &ldquo;The Colleges&rdquo; to get links to each college&rsquo;s site.

Information on the university&rsquo;s museums, many of them with free entrance, also is available on the Web site through its &ldquo;Libraries and Museums&rdquo; link.